The GOP begs Paul Ryan to save the party 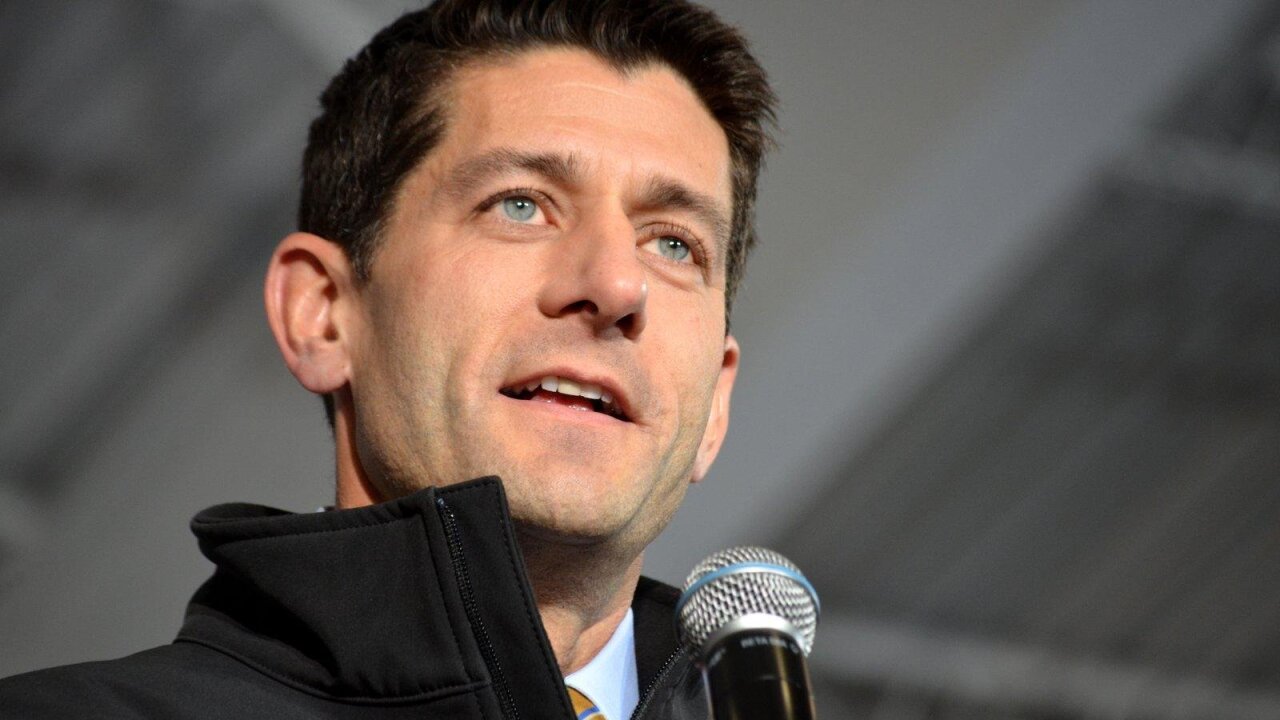 WASHINGTON (CNN) — Big questions facing the Jeb Bush campaign, a “conventional” twist for Donald Trump, Hillary Clinton’s post-debate strategy, and an inside peek at how Paul Ryan is being pressured to run for speaker of the House — those stories are in the “Inside Politics” forecast this Sunday.

1. Ryan considering calls to ‘save’ the GOP

Most of the country got to know Paul Ryan as Mitt Romney’s 2012 vice presidential running mate. Now, the GOP congressman from Wisconsin is front and center again, being asked by Romney and others to step forward as a candidate for speaker of the House.

The argument is that Ryan is both an adult who can help the party at a time of image problems, and a bridge between the establishment and the restless conservative forces demanding change in how the House GOP does its business.

It is not a job Ryan wants. But as pressure mounts, CNN’s Manu Raju shared some inside reporting on Ryan’s dilemma.

“He doesn’t want to live week by week the way John Boehner did or face the same rebellion from the 40 or so Republicans in the House Freedom Caucus that essentially torpedoed Kevin McCarthy’s bid to become speaker,” Raju said. “Not just that, he’s also got concerns about the amount of fund-raising that goes into a job like this.”

“Folks are saying, look, we can help you out on the fund-raising front. Republican leaders have approached him, I’m told, and said, ‘We’re willing to go on the road for you so you can go home on the weekend, you don’t have to do as much fund-raising,’ and then try to also get some of the guys on the right to back him if he does want the job. ”

Raju cautions that no one should expect a decision anytime soon and that Ryan remains skeptical but hasn’t shut the door quite yet.

The first Democratic debate this week is a big moment for Hillary Clinton, who is facing a surprisingly tough challenge from Sen. Bernie Sanders of Vermont.

Team Clinton hopes a strong debate performance will boost her standing in early primary states where Sanders is running strong. But Lisa Lerer of The Associated Press shared reporting showing how even before the debate, the Clinton campaign is taking the long view — and scheduling the candidate in a way that makes that point.

“Want a glimpse of Hillary Clinton’s fall strategy? Keep your eye on her post-debate schedule after Tuesday’s forum,” said Lerer. “She’s heading not to Iowa or New Hampshire but to Texas and Alabama.”

“They think their organizational strength and the more favorable terrain of the Southern states can help them deliver that March 1 knockout punch. So I would expect a lot of grits and barbecue in Hillary Clinton’s future.”

3. Donald Trump gets conventional — and smartly so

Donald Trump is anything but conventional as a presidential candidate.

But as Trump tries to turn strong poll numbers into strong performance, CNN’s MJ Lee reports that his campaign is taking new steps to make sure it gets the nitty gritty of organizing.

“I was with him in Iowa this week and I saw there were volunteers handing out leaflets explaining how the Iowa caucuses work and collecting voter information,” said Lee.

“He’s also talking for the first time about possibly running TV ads, which is something he said early on he had no interest in doing. So maybe he’s starting to feel the pressure a little bit and feel like running the most unorthodox campaign isn’t always the right way to do it.”

4. October is playoff month for baseball — and for Jeb Bush

The first official votes in the 2016 presidential race won’t be cast until February, but there is a consensus among leading Republicans that October is a huge month for Jeb Bush.

The former Florida governor has watched his poll numbers slide over the summer and into the fall, and while his campaign says not to worry, many seasoned observers say it is critical that Bush look better soon.

One big reason, as explained by Julie Pace of The Associated Press, is that pro-Bush forces are spending a lot of money on television ads.

“Jeb Bush’s super PAC is spending a lot of money right now on television ads in Iowa and New Hampshire on the theory that as voters learn more about him, see him more, they’ll start to like him more,” said Pace. “So if you’re not seeing a rise in the polls along with the television ads, it’s going to be a problem for their long-term strategy.”

5. Bush’s ‘burn rate’ is of interest to his rivals

Bush has yet to release his official third-quarter fund-raising numbers, and his rivals are eagerly waiting.

One question is how much the Bush campaign raised in the July-August-September quarter. Ben Carson reported raising $20 million, and the Ted Cruz campaign is bragging about its $12 million take. For Marco Rubio, the numbers were less robust — in the $6 million range.

So Bush’s take will be judged by how it fits in with those numbers. But his rivals might look first not at his fund-raising total, but instead at his cash on hand figure — to get a good sense of the Bush campaign “burn rate,” meaning how fast it is spending what it brings in.