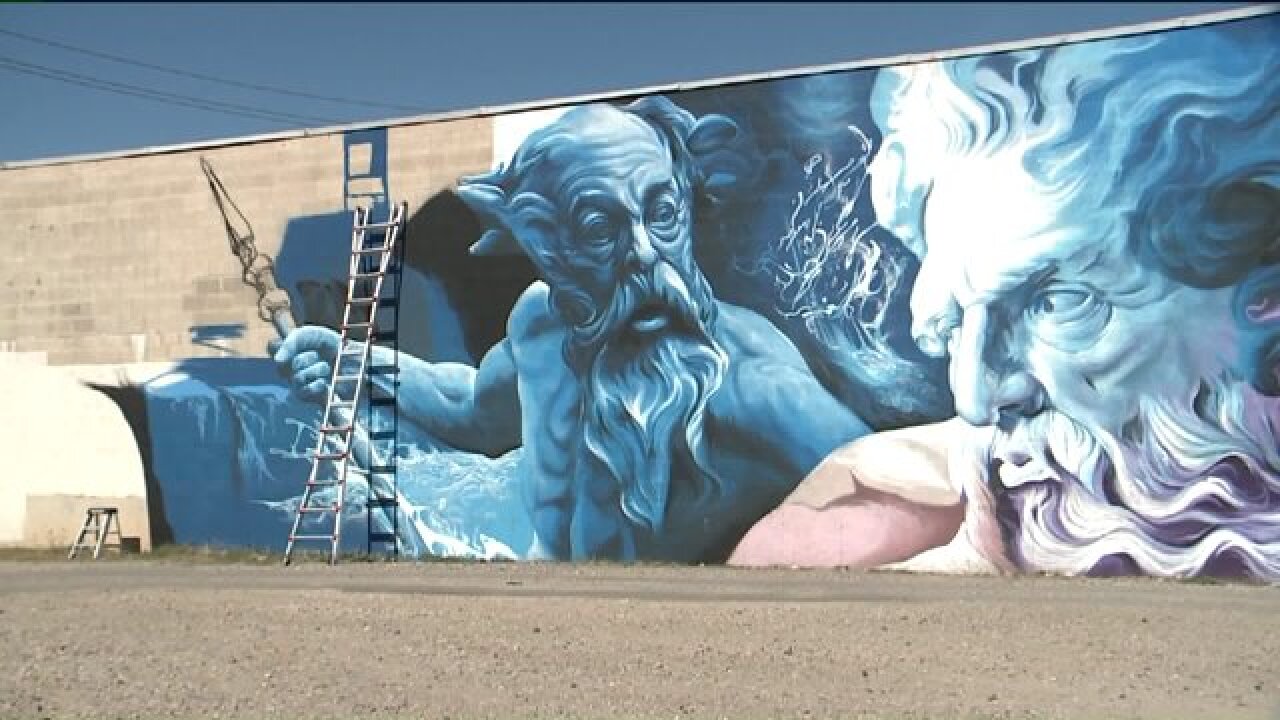 SALT LAKE CITY – A former graffiti artist is turning his talents into works of art on walls of businesses in Salt Lake City, and a store in the area of 3000 South and 300 West recently hired him to paint one of their walls after taggers kept covering it in graffiti.

“Putting something together that was, you know, sort of powerful,” said SRIL Artist Shae Petersen. “Something that was interesting, and, hopefully, you know, people would appreciate.”

The mural is going on a 100-foot wall on the Stone Unlimited building. Petersen says he’s painting it with the themes of the business in mind.

They sell Greek statues imported from China, and the images portray Greek Gods and other themes from his own inspiration.

“The hope is that it allows opportunity for some of the kids who are doing graffiti to, you know, progress and try new things,” he said.

He only uses spray paint to create his images.

“No tricks, no stencils, no tape, nothing,” Petersen said.

He sketches a rendering before he paints and uses the cinder blocks as a grid. But most of his work improvised, one spray at a time.

“I don’t know the best way to really explain it other than taking a lot of time and a lot of practice,” he said.

Store owners of Stone Unlimited had a graffiti problem on one of their walls. So they hired Petersen to cover it up and paint a mural.

“I said, 'Do you think this is going to get tagged after you get done painting it?’” said Bruce Merrill, general manager of Stone Unlimited. “He said there's a lot of respect in between the artist community that once something is painted on a wall, they won't tag it."

Petersen has done work in various states across the country and is just getting his business started in Salt Lake City. He calls it SRIL Art.

“I’ve painted other walls with the help of other artists, but as far as solo projects go, this is, by far, my largest one,” Petersen said.

He posts photos of his artwork on social media, and a photo his current mural is trending on Reddit, with more than five million views. For a look at some of his artwork, visit his website.