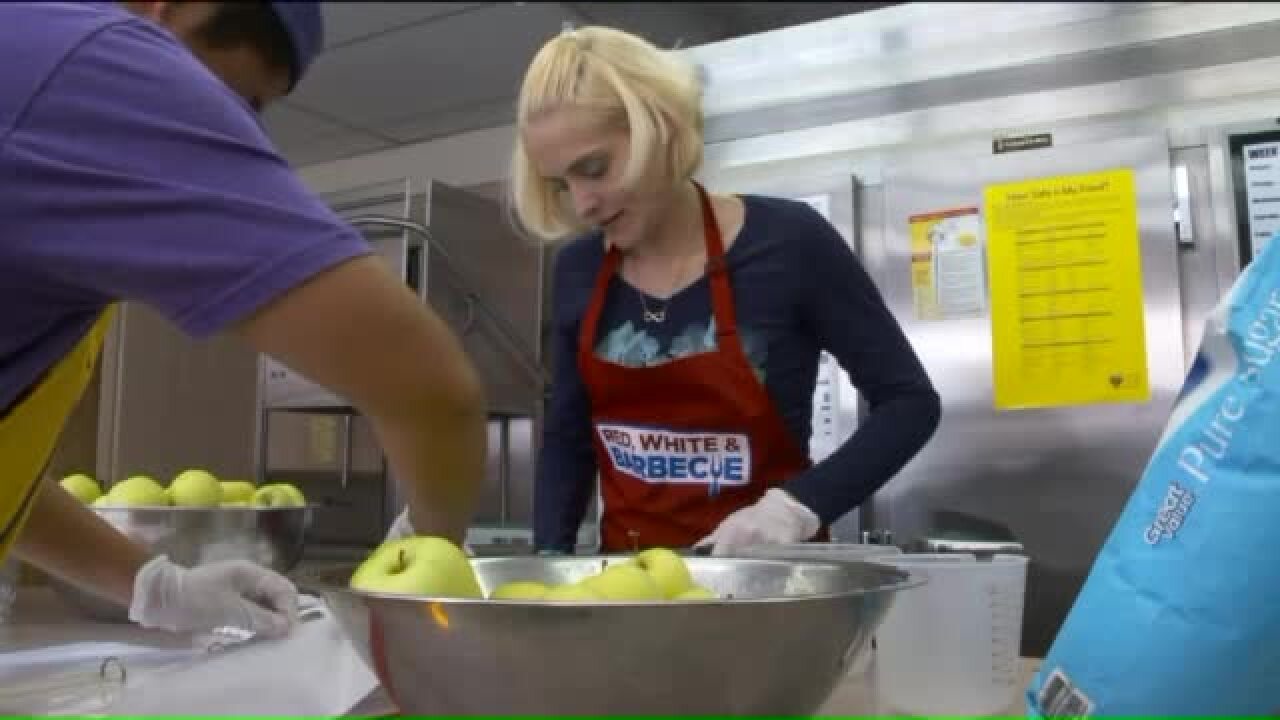 OGDEN, Utah -- A Weber State University student has found a way to help homeless moms make money by selling some unusual goods at the farmers market.

"We're making apple jam today," said Isaac Farley, as he sorted through a box of apples.

He worked to prepare for a busy day in the O-Town Kitchen.

"We’re going to get these washed," he said, as he scooped up a handful of the crunchy fruit.

They had a lot of work ahead, to carefully cut and slice each apple. He and his crew planned to turn the batch into jam, which they’ve been selling jars of weekly at the Ogden Farmers Market.

O-Town Kitchen’s products—which include jams, jellies and breads—have been a hit. The popularity could be attributed to the outlandish flavors.

"We try to make stuff that you've never heard of, wouldn't see anywhere else," Farley said.

Customers can snatch up flavors like Root Beer, Watermelon, Pineapple and Tomatillo and Lime.

"Tomatillo and Lime has been our best seller of all time, ever," Farley said.

Or, it could be the cause that sets these products apart.

Moms like Ashley Cameron, who has four children. She said she’s been down a rough road and needed a job.

"It's helped me feel more comfortable in the transition into real life, working on my own," she said.

Farley’s own personal experiences inspired the idea for the non-profit. His family went through homelessness growing up.

"I really kind of understood the struggle of moms who don't have a place to stay or kids that are just in tough situations," he said.

Now, Farley attends Weber State University with his friend Nestor Robles. O-Town Kitchen is actually a project the two are working on for school.

"I thought it would be a great opportunity to help him out, help the community out, and also I would also get experience in how to start a business," Robles said.

They pull their produce from food destined for the landfill, taking what the food bank can’t give away.

"We started picking up leftover food produce from local food pantries here in Weber County,” Farley said. “That's where all the stuff that we use comes from."

They do all the cooking at the Your Community Connection (YCC) Family Crisis Center in Ogden.

Clients staying at the center get hired on as employees. Money made from the farmers market goes to the workers.

Farley and Robles hope to keep growing O-Town Kitchen and hire more employees. They even see the idea taking off in other communities.

While the pair will get class credit for this project, they know the moms they help will gain so much more: a chance to get back on their feet.

“I've just taken more and more steps to better myself and my life," she said.