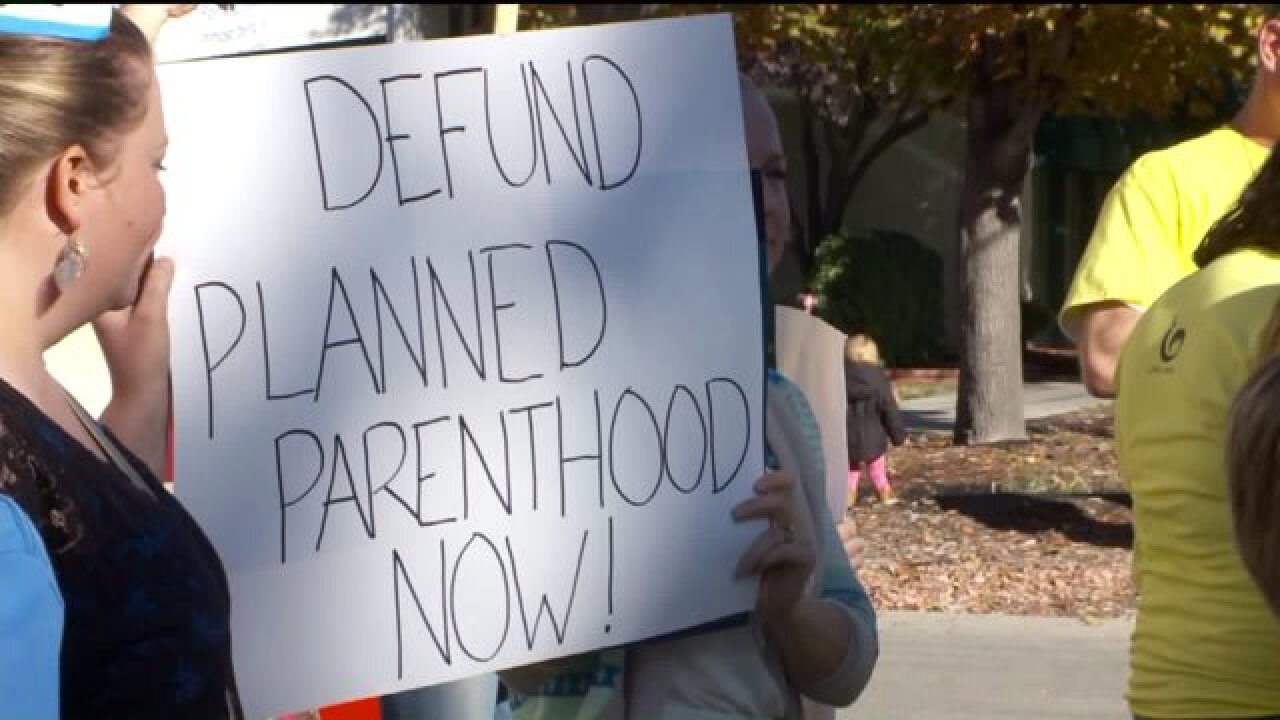 SALT LAKE CITY -- Gov. Gary Herbert said if he wants to remove state agencies from the process of getting federal funding to Planned Parenthood in Utah, he has the right to do it.

Another round of anti-abortion protests took place outside Planned Parenthood facilities in more than 300 American cities this weekend. In Salt Lake City, about 70 protesters participated.

"We're gaining momentum, and it's getting better every week," said Bruce Rigby, President of Pro-Life Utah.

They are in reference to accusations that the national organization of Planned Parenthood sells fetal tissue for scientific research, something they adamantly deny.

“We hold all people to be important, to be human, to be deserving of life, and respect, and we've seen a lack of that, especially this year," said anti-abortion protester Dominic Jones.

When these accusations first came to light, Gov. Herbert announced Utah would stop acting as an intermediary for federal funding to four Planned Parenthood programs, dealing with sex education and STD testing. It would equal out to be a $237,000 loss to the organization if they couldn't secure the funding through other intermediaries.

"We don't want our tax dollars paying for humans being killed," Rigby said. “Most of our supporters are new people who have never protested anything before, and they are ready to do whatever needs to be done."

On Friday, the Utah Attorney General's Office issued a memorandum, saying that the state has the power to terminate government contracts at will. The state also believes Planned Parenthood is breaking federal laws.

The protesters said they hope it's the beginning of the end to abortion in general.

"We had one girl come right up and told us that she was going to sign up for an abortion today, that's why we are here, we want to prevent that from happening today here in Utah," Rigby said.

Other states such as Louisiana, Alabama and Arkansas are also attempting to cut government funding to their local branches of Planned Parenthood as well.