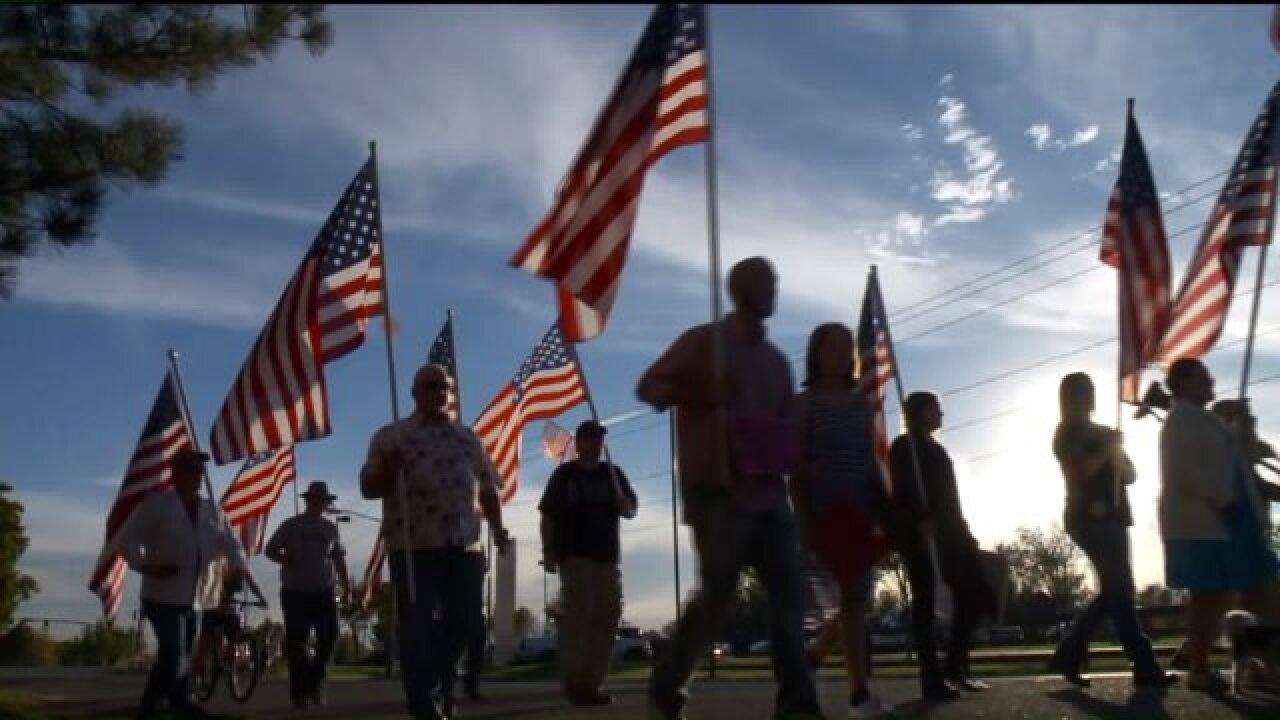 MURRAY, Utah -- A few weeks ago, neighbors in a Murray community we’re given a choice: They were told to take down their American Flag or pay a fine.

However, Friday night, you can see flags flying proudly in front of their homes after they came together and stood up to the local homeowner’s association.

Just a few days after Erin Worthen fought for her right to fly her American Flag, the president of her HOA board resigned along with two of the five board members.

“The two remaining board members have changed it officially, so the flag is not considered a holiday decoration anymore and we’re able to fly it every day of the year,” Worthen said.

Her neighbor, Vicki Hills, was thrilled to learn she could put her flag back up where it belongs.

“I’m just excited it’s back up," Hills said. "It was just horrible when they made us take it down, but when they fined us we had to do something. We didn’t want that on our shoulders."

A few weeks ago, the HOA board sent warnings in the mail, followed by a $75 fine, telling neighbors to take down their American Flags because it was considered a holiday decoration.

Pamela Hennessey, who lives a few blocks away, was outraged when she saw the story on the news.

“It’s a symbol of freedom and sacrifice, you don’t categorize it in the same bracket as an inflatable Santa or a pink flamingo,” Hennessey said.

Hennessey decided to organize a rally to show her support for her neighbors.

“They are not alone in their right and desire to fly this beautiful flag in front of their home,” Hennessey said.

So before the sun set Friday night, neighbors, both near and far, walked and rode together. They proudly displayed their patriotism and the power of a community that comes together.

“It’s bringing people together, it really is," Hills said. "We come out and talk all the time now. Thank goodness for the girl across the street. She made this happen for all of us and it’s just been wonderful."

At the next meeting on October 27, the community will re-elect new HOA board members and re-evaluate some of the other rules that have been imposed in the past few years.