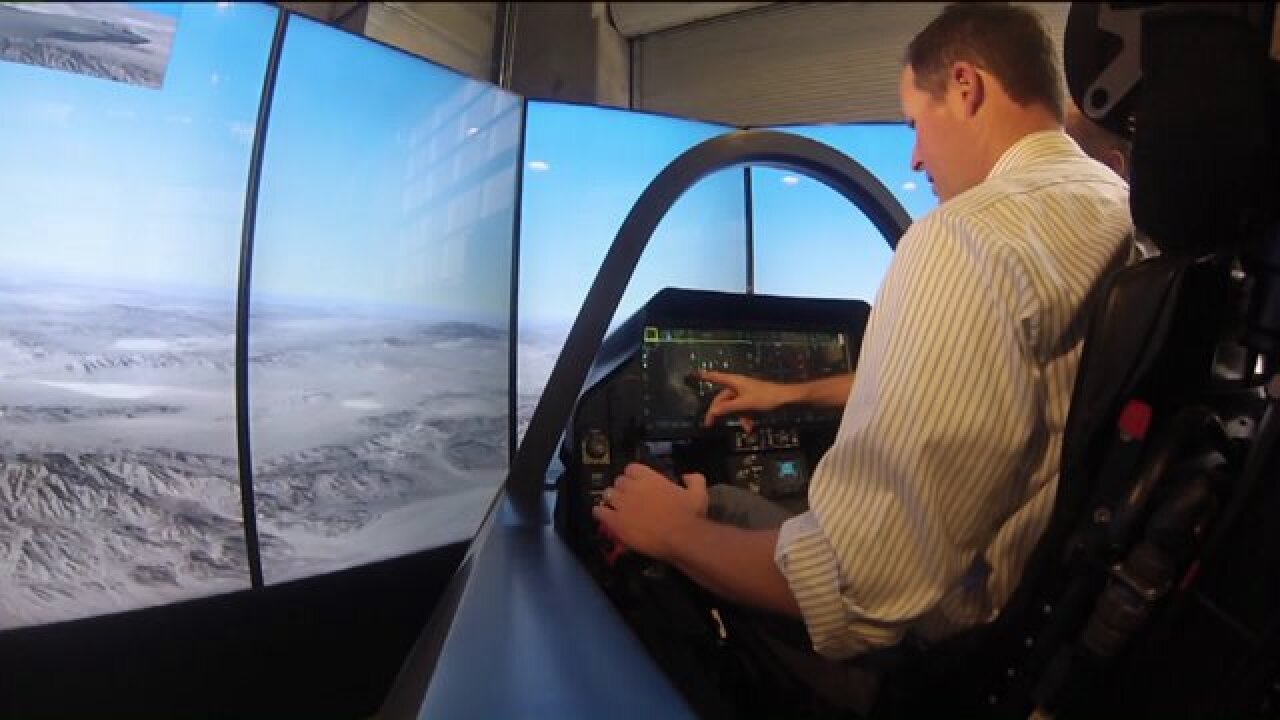 SALT LAKE CITY -- Friday offered a rare chance for engineering students at the University of Utah: a session inside an F-35 demonstrator.

Setup by Hill Air Force base and Lockheed Martin, the demonstrator was on campus this week in the Rio Tinto Kennecott Mechanical Engineering building.  Pilots from the 34th Fighter Squadron are training at Hill Air Force Base to become the first combat-ready pilots in the new F-35.  Their goal for being operational is next fall.

"The sensors, the integration, the information that I'm presented as a pilot is a generation better than the F-16," said Lt. Col. Yosef Morris, Director of Operations for the 34th Fighter Squadron.

Hill Air Force base is getting new F-35s at the rate of about one a month.  By next fall, 20 to 30 pilots should be trained for combat.

For a closer look at the view inside the cockpit and how the F-35 differs from its predecessors, watch the video above.