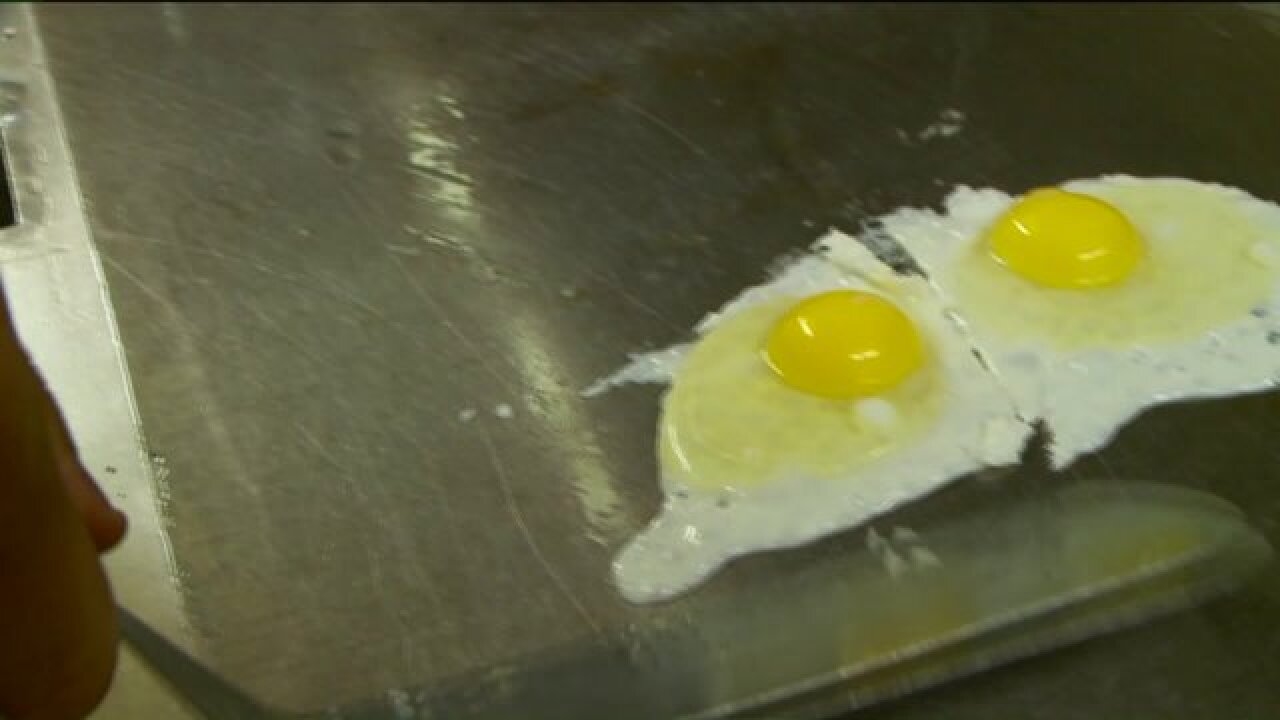 SALT LAKE CITY -- It's been nearly four months since the last commercially reported case of bird flu in the United States; yet, prices for eggs continue to remain high throughout the country, and have a trickle-down effect on local restaurants as a result.

More than 48 million birds have died from the bird flu since last December, according to the U.S. Department of Agriculture. Those birds came from 15 different states, but Iowa accounted for more than two-thirds of the total birds affected.

“We have never ever seen anything impact us like this, and hope we never again,” said Cliff Lillywhite, with Oakdell Eggs.

Lillywhite's company helps supply eggs in Utah. Utah has yet to report an incident of bird flu within the commercial industry but Lillywhite said the market price is driven by the overall national market.

"One state impacts us all," Lillywhite adds.

And that impacts local restaurants like Penny Ann's Cafe in Salt Lake City.  The two-location chain uses about 12,000 eggs a week, or nearly 50,000 eggs a month.

Since the bird flu began impacting prices last February, prices have gone from 10 cents an egg, to nearly a quarter.

"The difference has cost us about $7,000 a month," said Warren Willey, owner of Penny Ann's Cafe.

At times, he's even considered raising prices on the menu to make up the difference, but has always stopped short of doing so.

“We didn’t want to pass it along to customers,” Willey added.

But other restaurants have taken that step, especially since the prices of egg whites have increased as well.

Lillywhite said customers looking for egg whites at local restaurants may have had a difficult time doing so.

"For every three eggs produced, one goes for further processing," Lillywhite said.  "Those end up going to big bakeries where they separate them for egg whites."

The demand for egg whites has increased as a result, so has prices.  Some local Salt Lake City restaurants like Eggs in the City have even stopped offering the option to customers altogether.

As customers and restaurant owners continue to feel the pain, Willey is hopeful a remedy is coming soon.

"It's been a good six or eight months now," Willey points out. “Hopefully, it will get better soon and come back down."