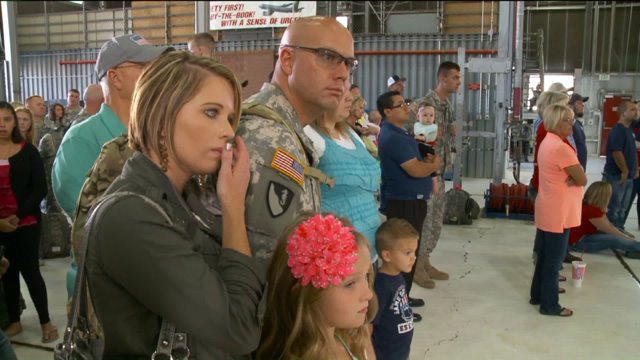 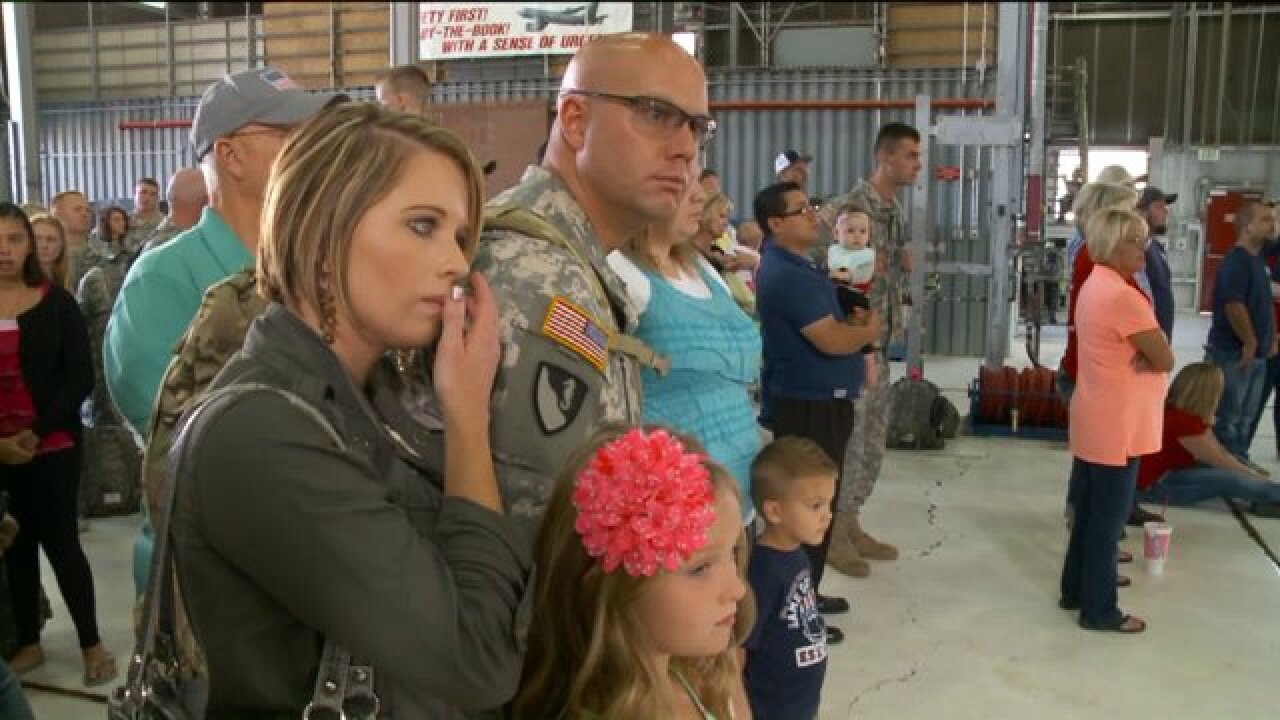 SALT LAKE CITY -- On Sunday, 160 members of the Utah National Guard said goodbye to their friends and families before boarding a jet for what will be a yearlong deployment.

These guard members from the 116th are on their way to Kuwait to provide the country with much needed infrastructure.

“They are a major support factor for us so that we can do our jobs while we are out there," White said.

His wife, Taywlee, said its a day of mixed emotions.

“I’m actually really proud of him," she said. "Its an exciting thing for him to go do, as a wife on the other end it’s kind of one of those things you don’t talk about it, you don’t think about it, you just go day-to-day."

Like about half of these guard members, this is White’s first deployment.

Many of these soldiers said it’s their families here in Utah that deserve the credit. It’s not easy watching a spouse, child, sibling or parent board a plane, knowing they won’t be back for a long time.

“I will be very proud, but will also be very sad at the same time, so it's like a big mixed roller coaster," said Lilly Rasmussen, whose mother is being deployed.

Sgt. Jessica Ferre is engaged to get married, but she and her fiancé are putting their own lives on hold, for the good of the country.

“Honestly its probably the hardest thing you’ll ever do, knowing you can’t take them with you," Ferre said.

The primary mission of the 116th is to help with the building and rebuilding of roads in Kuwait. However, these soldiers, and their families, also understand the risks involved serving in this part of the world.

These guard members will first go to Fort Bliss in El Paso Texas for two months of pre-deployment training before heading to Kuwait. The last time this unit was deployed to the Middle East was back in 2007.