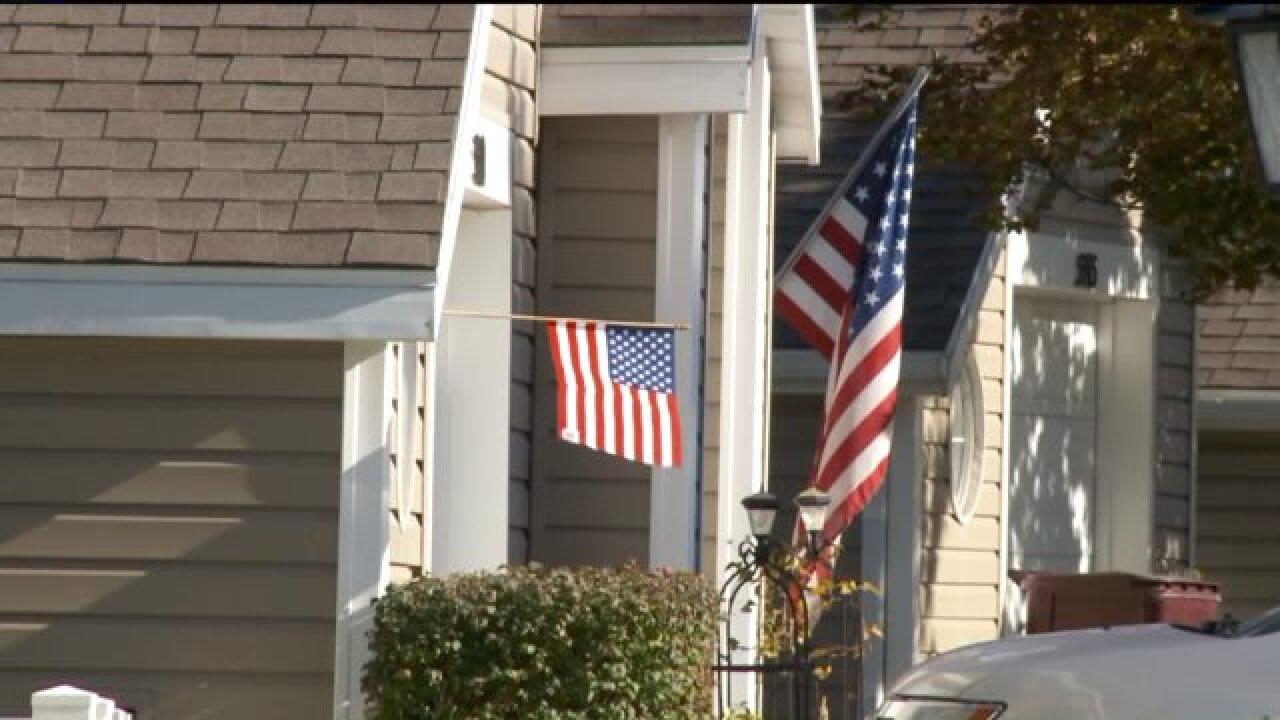 MURRAY, Utah --  Homeowners in Murray say they are being fined by their home owner's association for flying the American Flag.

Chestnut Place is a condominium community consisting of about 60 homeowners. Up until last week, those living in the community say they were free to fly their flags without regulation or restriction, but recently that changed.

"After the last board meeting, we were leaving and two members of the board and a resident said they were tired of looking at the flag," said Jo Ann Dugay, who is one of the five board members on the Home Owners Association. "They said 'is this flag row?' And that something needed to be done about it.”

Something was: last week those living in the community were warned to take down the flags.

"I'm not taking it down, that's one thing I won't do." said Erin Worthen, one of the residents asked to remove it.

As a result, she was fined $75 and given a notice, which states:

"All exterior decorations must be removed within 10 days following the holiday... Please remove your flag from the common area (Utah Community Association Act. 57-8a-219)"

Worthen said she was shocked at the language on the notice.

The President of the Home Owners Association was steadfast in her decision to enforce the fine Thursday. She said she was tired of seeing flags, not just the American flag, flying up and down the street all day and night, and 365 days of the year.

"Flags are flown on holiday events," said Lyn Steinbergen, President of the HOA. "All we are trying to do is regulate when the flag goes up, and when it comes down.”

Homeowners were hoping to address the stipulations at an HOA meeting scheduled for Thursday night, but with the room already full, and the meeting set to take place, board members canceled at the last second.

"The board wasn't here tonight," said a lawyer for the HOA. He says one board member was missing and that's why they canceled the meeting.

But home owners felt the HOA was simply skirting the issue.

"I have a legal right to fly my American Flag, and there’s not a damn thing you can do about it,” yelled a frustrated Worthen.

She said she was fined for the flag as well, and had scheduled to talk about it on the meeting agenda. She believes the board is simply trying to avoid addressing the situation, and believes the HOA President is mostly to blame.

"Because she is not getting her way, she's going to shut it down," Worthen said.

Other homeowners at Thursday night's meeting asked for a special meeting to be held at a later date. They are looking for the opportunity to vote off members of the board.