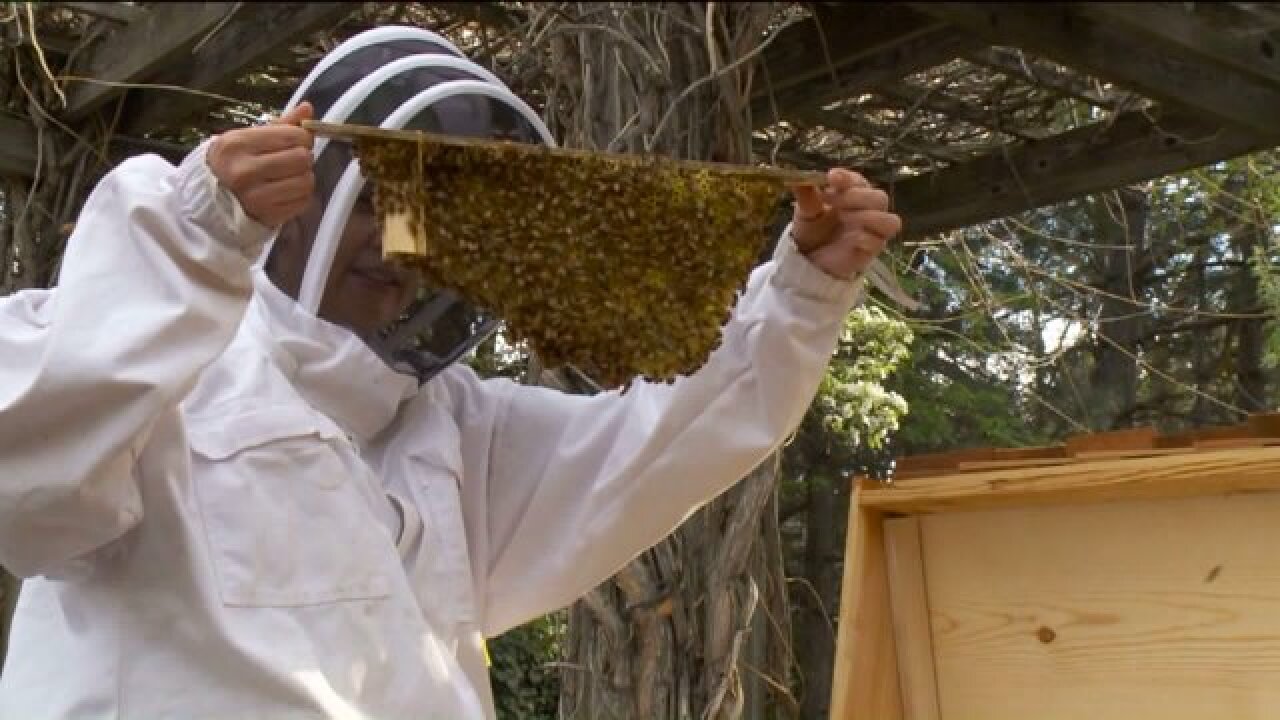 SALT LAKE CITY -- Utah isn't called the Beehive State for nothing. There are an estimated 30,000 hives in Utah, which produce more than 900,000 pounds of honey every year.

However, these hives are in the process of dwindling.

Nationwide, the number of honey bee colonies has decreased by 50 percent in the last 70 years, according to the Utah Department of Agriculture and Food.

On Thursday, the Utah Department of Agriculture and Food began researching a pollinator protection plan.

"Some of the people who do the research on this suggest that we cannot sustain over the long haul the percentage of bee colony loss we sustain every year," said beekeeper Stan Hanks.

Hanks was one of the beekeepers at the open house. He offered the state advice on how to save our honey bees, which provide pollination for most of Utah's $17 million fruit and berry industry.

Harmful, and sometimes illegal, pesticides are being blamed as one of the main reasons why bee colonies are dying off. The state says a lot of it comes down to lack of education.

"Some of the states have chosen to sit back and wait, and we want to be proactive instead of reactive," said Scott Oldham of the Utah Department of Agriculture and Food. "We have inspectors that go out, and we look through the marketplace and if we see products that are on the shelves that are not registered by the EPA, then we pull those off the shelf."

There are currently 2,000 registered beekeepers in the state of Utah. Jerry Stoddard says if his bees stop buzzing, it won't just hurt his business, it's a trickle down effect.

"If you are going to pollinate some apples, or some almonds or something like that, and they want a big robust beehive and you get sprayed then you go to pollinate their trees with a third of a beehive then they're not going to be happy, you're not happy, so it could be a big problem," Stoddard said.