Sisters speak about night burglar tried to kill them, SLCPD officer who saved their lives 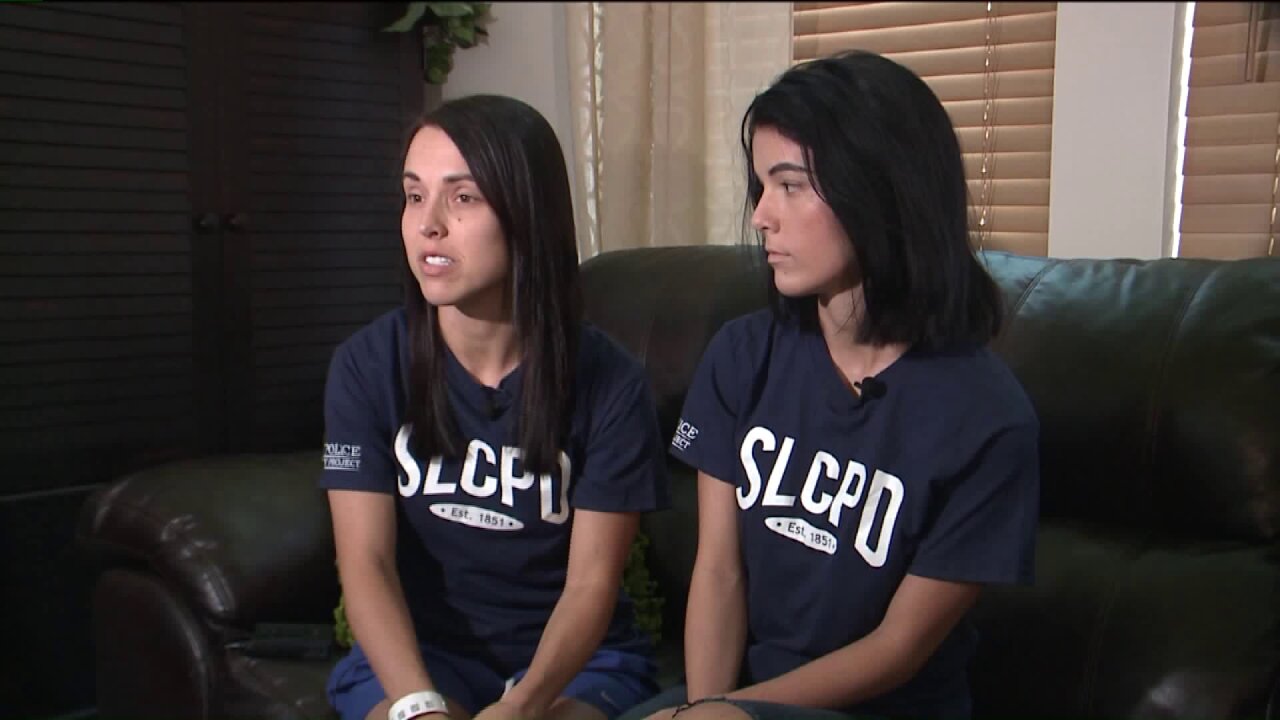 DAVIS COUNTY, Utah –- Two sisters are recovering physically and emotionally after a violent encounter with a burglar who attempted to kill them and was eventually shot by a Salt Lake City police officer in their home.

Bre and Kayli Lasley spoke exclusively to FOX 13 News' Kiersten Nunez about the incident that occurred just before midnight on Wednesday.

It started when Bre Lasley, 27, heard a clatter at her bedroom window.

She rushed to her phone to call 911 but the man, 48-year-old Robert Berger, attacked.

“He put his left arm over my mouth and started punching me in the stomach and he said, 'you cooperate with me or I'm going downstairs to get your little sister,'" Bre Lasley said.

Bre Lasley was trying to scream when her younger sister heard the struggle.

“I had run up the stairs and we were in the kitchen, kind of trying to fight him off I guess,” said 21-year-old Kayli Lasley.

Kayli Lasley said the intruder kicked her down the stairs and her head crashed through the wall. Berger went to push her older sister down down as well, but Bre Lasley dragged him down with her.

“We were punching him and fighting as much as we could and he was doing the same to us,” Bre Lasley said.

The man then went after Kayli Lasley.

“I could see him strangling her up against the wall and that's when I knew I had to act," Bre Lasley said.

The 27-year-old tackled Berger but he started beating her. Kayli Lasley rushed to get help.

Then she heard someone coming down the stairs.

Kayli Lasley said the officer warned the suspect three times to put down the knife but he refused.

“I felt the suspect tighten as if he's going to cut me and that's when the officer took his life and saved mine," Bre Lasley said.

The sisters say the officer fired a single shot at Berger, hitting him in the head.

The police officer was already in the area because, authorities say, Berger attempted to break into another home just a few doors down from the Lasleys. The family forced Berger out and called 911.

The responding officer is on administrative leave while the Unified Police Department completes its investigation.

Bre and Kayli Lasley are staying with their parents in Davis County to recover physically and emotionally from the incident.

Officers said Berger had a criminal history dating back to 1986 and most recently was arrested for aggravated robbery and attempted theft.

He was paroled Sept. 15 and was considered a fugitive with an active warrant.