Several groups meet to talk about future of Salt Flats 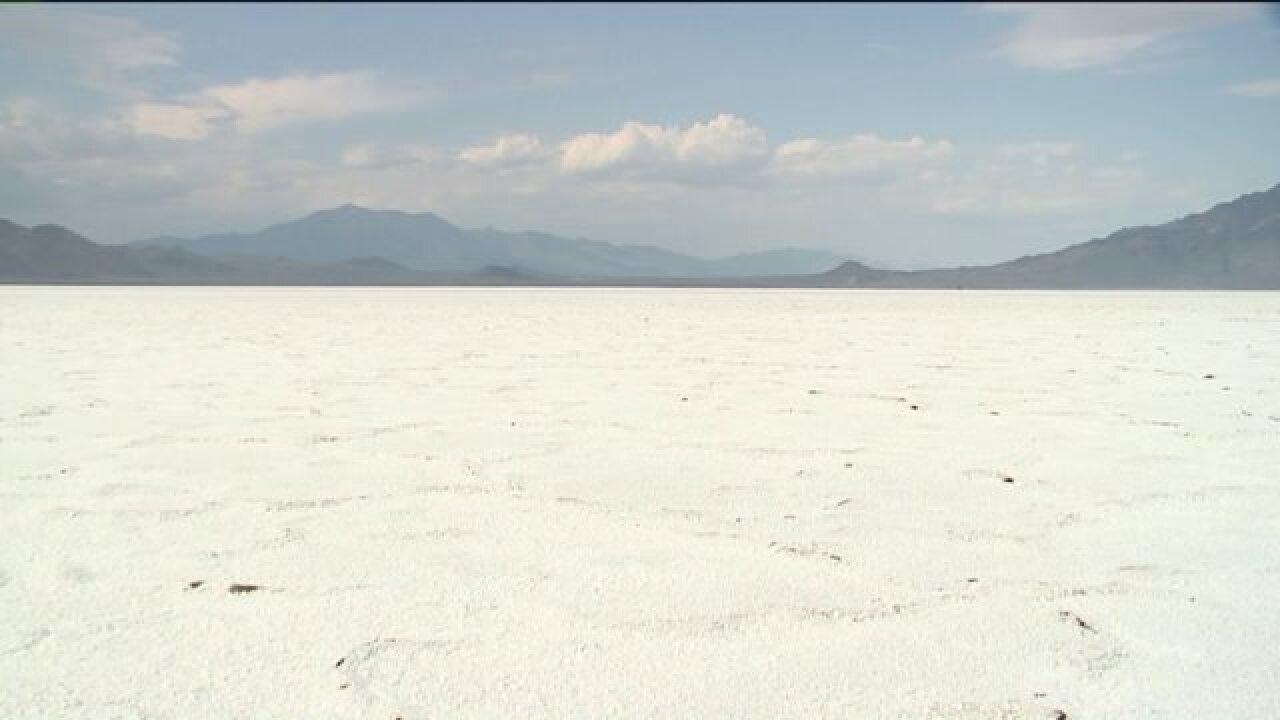 WENDOVER, Utah - In a milestone meeting, and in a sign of working in good faith, members of Gov. Gary Herbert's office, members of Sen. Mike Lee's Office, the Bureau of Land Management, Salt Flat Racers, Save the Salt Organizers and the cities of Wendover and West Wendover all gathered at the Bonneville Salt Flats for a tour of the Flats, and to come up with solutions to fix their deteriorating condition.

"I wanted to give them a tour to show them what we were up against," said Rick Vesco, part-owner of the Turbinator, which set the Land Speed Record back in 2001.  "Our car was going over 400 mph right here and it was as smooth as glass out here."

Vesco guided officials around the Flats early Monday afternoon pointing out drainage pipes, which have helped pump salt back onto the flats since 1997.

"We thought we had found the answer," Vesco said while staring at the pipe. “But a lot of other conditions have aided to the degradation of the Flats. The wind, the water, mother nature!"

Salt mining in the area over the past 50 years has slowly drained the area of salt that is needed to race cars safely.  In the past 10 years, that process has reversed.  However, the road to recovery is a long one, and officials are hopeful they can get to a solution sooner than later.

"Today was huge," said Louise Ann Noath with the Save the Salt Organization.  “Everybody that came today learned something from somewhere else. The racers learned from the Department of Natural Resources, the Governor’s office learned from the racers, the BLM and Intrepid learned from each other. We’re talking to each other. It’s a great conversation.”

Noath emerged from a meeting with officials following the tour with an official statement on behalf of everyone involved:

"This was a good productive day with a dozen stake holders who came together for the first time to understand the land speed racing communities.  Racers welcomed people from Governor Herbert's Office, Senator Mike Lee's office, the BLM, Intrepid Mining, and the Utah Department of Natural Resources.  We all recognize that there are no quick fixes.  However, if this unprecedented high level of cooperation continues, We all feel hopeful that the restoration of the historically internationally famous speedway on the Bonneville Salt Flats will be restored to safe racing conditions. We all need to learn more from each other as we all have specific observations and experiences that need to be combines with scientific data to provide a considered way forward."

​While giving the tour, Vesco notes that he listened in as experts began discussing ideas to fix the problems at the Flats.

"It got way too technical for me," he said. "But I heard some good things that were exciting," he added.

Noath also seemed encouraged, but says it's a long road to a solution going forward.

"This is just the start really.  Ground zero. But, we can't go anywhere but up," he said.