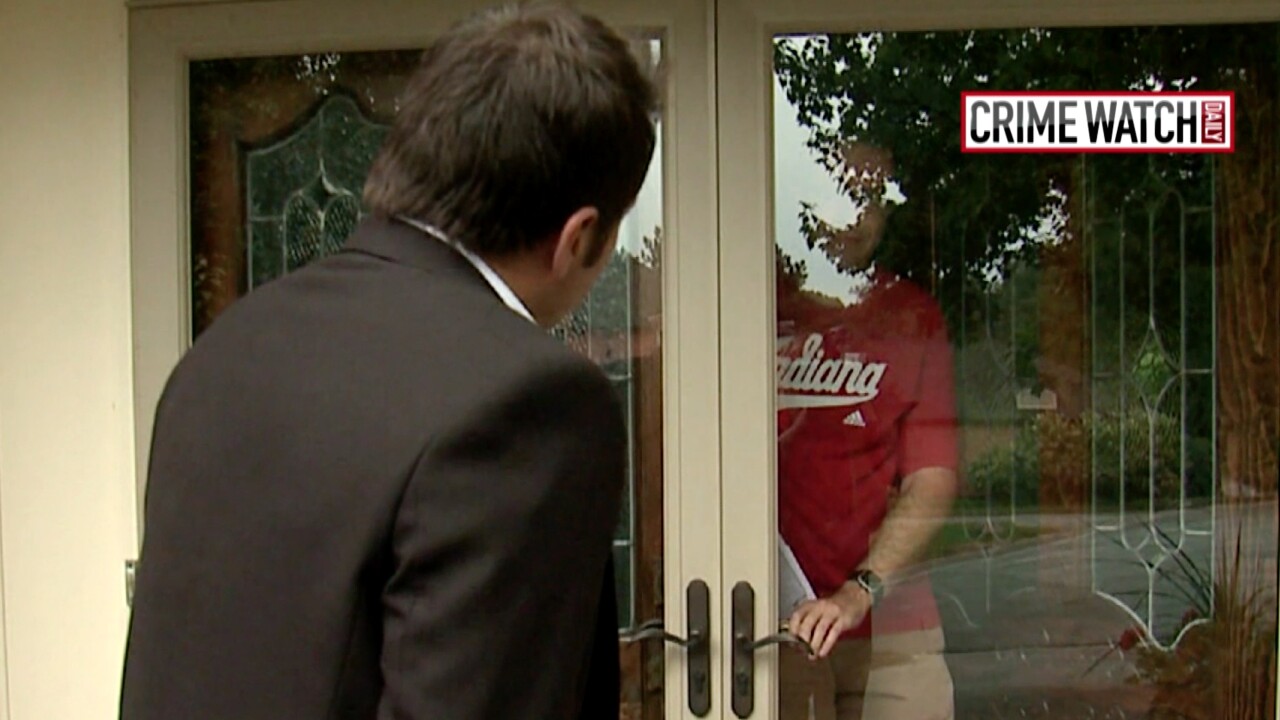 Fogle is shown at his parents' home in southern Indiana while he awaits sentencing later this year for child sexual exploitation and child pornography charges.

Matt Doran, host of Crime Watch Daily, knocked on the door to Fogle's parent's house and tried to confront him. Fogle initially goes to open the door, however he walked away from the door after he spotted the cameras.

Adrienne Fogle, Jared's mother, is also shown in the video. She declined to answer questions.

The whistleblower who told authorities of Fogle's illegal activities also spoke out for the first time. The woman told Crime Watch Daily she is frightened to reveal her identity.

The whistleblower and Fogle were "acquaintances" who struck up a "texting friendship."

The full story will air on Monday's episode of Crime Watch Daily. The show airs weekdays at 2 p.m. MT right here on Fox 13.

Crime Watch Daily is a one-hour news program dedicated to crime and mystery. The high action-packed crime show will serve as an "extended newsroom" and bring light to the stories happening in small neighborhoods all across America.