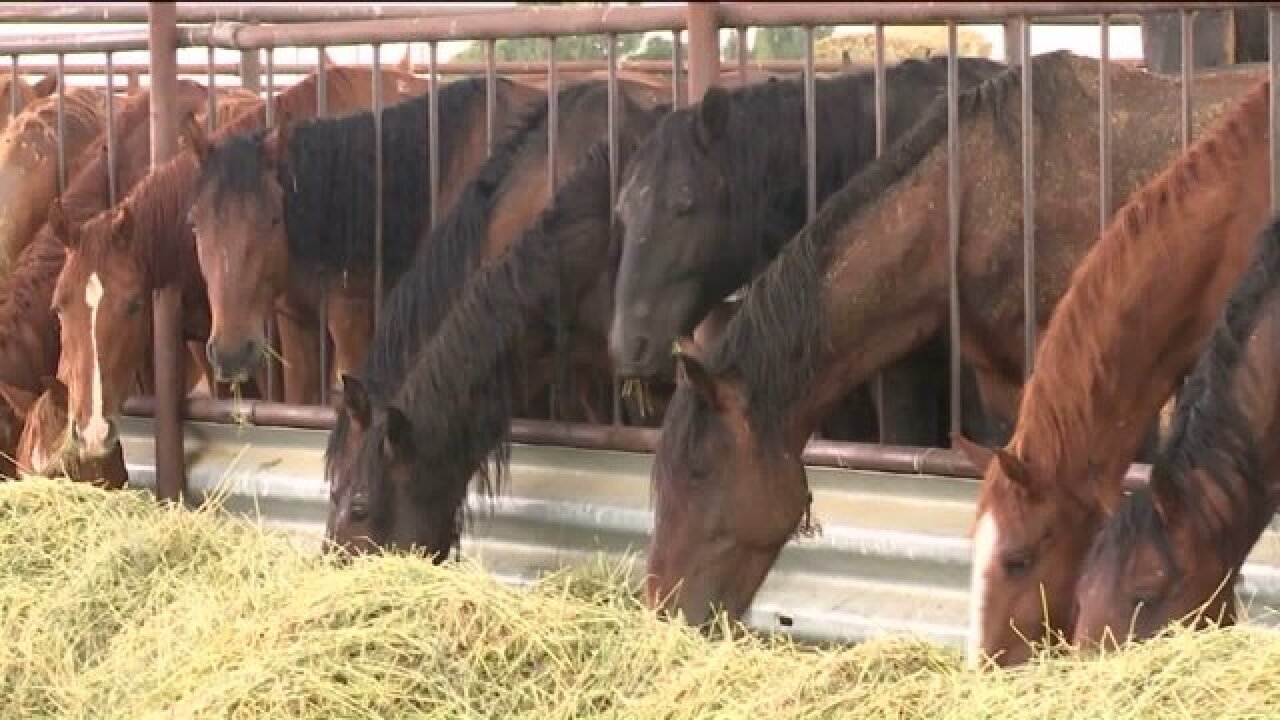 AXTELL, Utah - The Bureau of Land Management has rescued hundreds of wild horses from the Western region, including on Utah public lands. The animals are being housed at a new off-range holding center in Axtell, approximately 90 miles south of Provo.

The facility is currently holding 500 wild horses. BLM officials say many were malnourished and close to death.

Gus Warr with the BLM said some were too weak to save.

"Some of the animals were so starved, and so emaciated, that we actually had to put to sleep 30 animals," he said.

They’re being cared for and nourished back to health at the off-range facility.

The Axtell off-range facility opened in June and covers 32 acres with more than 40 holding pens.

Owner Kerry Deaspain says it's fulfilling to help horses that are in so much need.

"They're fed twice a day, the water is checked twice a day," he said. "We walk through the pens at least twice a day just to make sure everything's alright. And if we have something that we feel like we need to get out to doctor it or help it, we do that."

Now they're looking for homes for the animals. The horses will be taken to auctions, and if they're not placed, some will go to adoption facilities in the Midwest.

"Our next adoption here in Utah will be Oct. the 23-24 at the Impact of the Horse, which is located in Heber City," Reid said. "We would like to invite everyone to come out and support the trainers and the horses there that have been trained."

Impact of the Horse will take place at the Wasatch County Events Center, 415 Southfield Road.