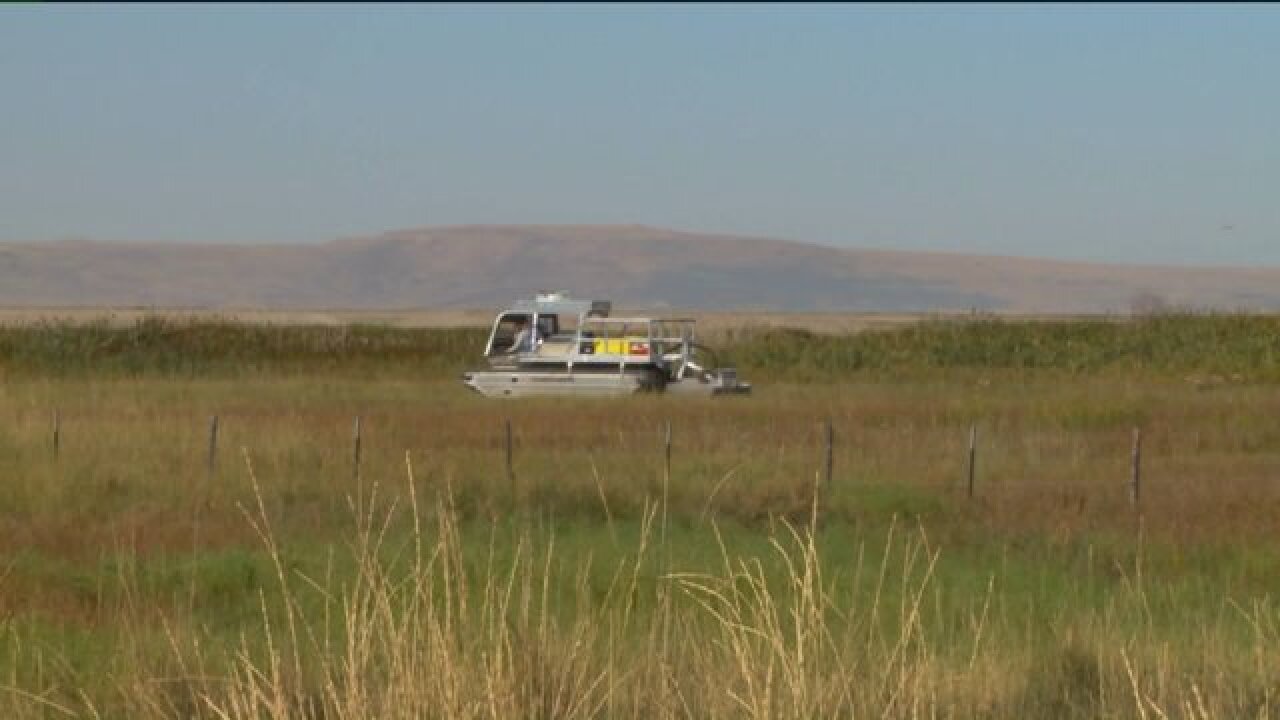 GREAT SALT LAKE, Utah -- We all mow our grass and pull the weeds to keep our lawns healthy and beautiful, and The Great Salt Lake Shorelands Preserve fights the same battle—but the plants in their way are 10-foot tall invaders.

Now the preserve has a new vehicle to fight the problem, and it’s called the Marsh Monster.

The hybrid of a lawn mower and tank operates on land or water and weighs three tons.

The enemy is called phragmites, which is a non-native plant that is quickly taking over the shorelands, choking out local plants and destroying the habitat of hundreds of species.

“Over 250 bird species use Great Salt Lake as a migratory stop over,” said Andrea Nelson, a Nature Conservancy Volunteer and Outreach Manager. “Some of them are residents that live here year round. These wetlands are just like buffets for these animals. They can eat, they can bulk up, so that they can make their journeys."

The space isn't just for animals. People can check out the wildlife on a 30-foot observation tower or by strolling on a mile-long boardwalk.

But right now, with phragmites dominating hundreds of acres, there isn't much to see.

The Marsh Monster will spray, mow and mulch 8-foot pathways through the predatory phragmites to make way for local plants to grow and waterfowl to thrive.

Before a generous donor helped bring the Marsh Monster to Utah, this all had to be done painstakingly by hand or using manual equipment.

Even with the fancy new gear, it’s a long-term, uphill battle.

Conservancy Stewardship Director Chris Brown has been spraying "phrag" since 1996.

"Thirteen years at this preserve alone,” he said. “I've seen areas where we've had great success, where we've sprayed it and it’s gone. I've seen areas that I’m continually spraying every few years. Makes it difficult. Sometimes it gets a little frustrating."

The Marsh Monster should alleviate some frustration by doing the same amount of work in a fraction of the time. In just a few weeks, the conservancy expects the wetlands to be much healthier, which will allow the local plants and wildlife to begin to reclaim the preserve.