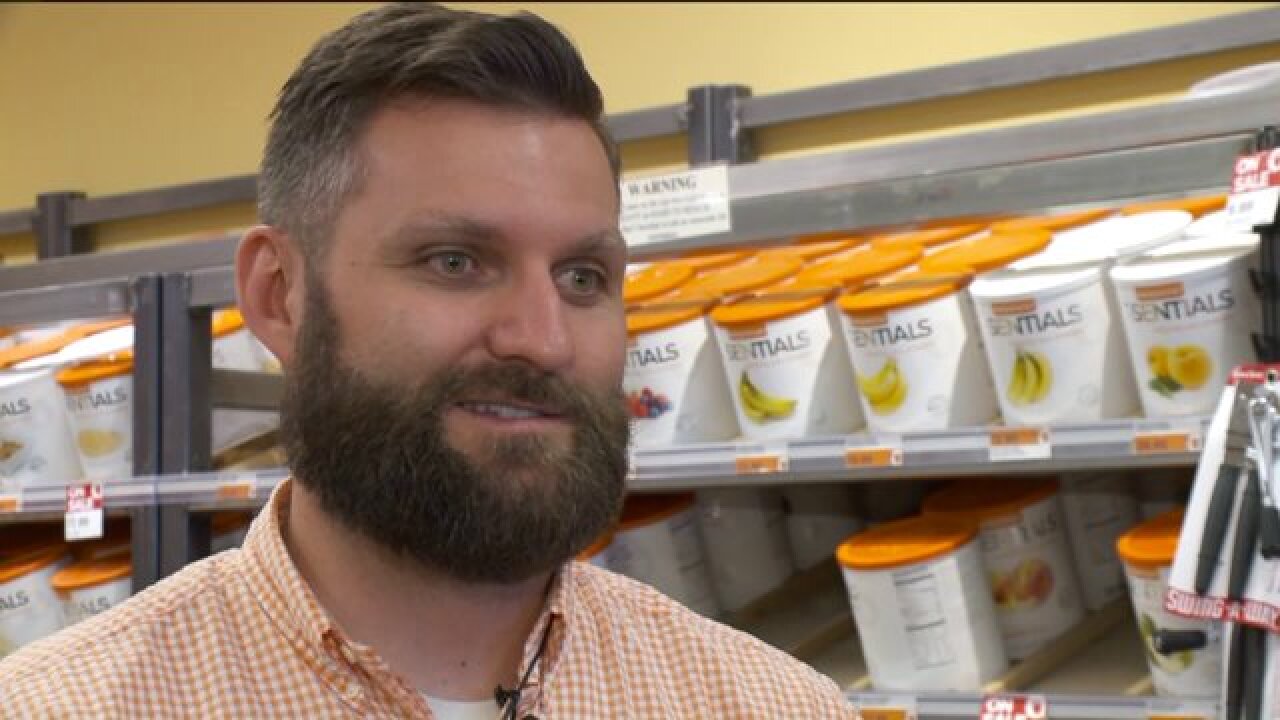 SALT LAKE CITY -- Catastrophe could strike by the end of this month. Yes, that’s right. Doomsday is scheduled for approximately September 28th, at least according to some in Utah.

A combination of a Blood Moon, the Hebrew calendar and a few other beliefs make the month of September look pretty bleak for state residents and unusually profitable for some businesses.

“It’s pretty much crunch time all the time,” said Bill Tarbox, a foreman at Ultimate Bunkers.

The Lindon based company has been busier than ever in recent weeks, designing and constructing underground bunkers for customers all around the country.

“You can’t blame them for wanting to make sure that, no matter what happens, they’re going to be able to take care of their family,” Tarbox said.

Many of the bunkers constructed by the company cost between $100,000 and $300,000, depending on what the client wants included. A current project, scheduled to ship to Texas, is a 1,000 square foot bunker, complete with 3 bedrooms, a kitchen and bathroom.

“They will keep you safe, I’d say, against anything,” Tarbox said.

The concern about safety has grown in Utah, where some believe a disaster is imminent. On September 13, the start of the Jewish High Holy Days, they predict there will be a crisis in the country. This belief is based on the notion that life is split into 7-year periods. For example, in 2001 terrorists attacked the U.S. on 9/11. In 2008, the stock market crashed. Now, in 2015, they are expecting something of equal or worse devastation.

Sales of freeze-dried food and other supplies have spiked over the last few weeks. In their Orem location, a video explaining the logic behind a potential Doomsday played for customers.

“With all the blood moon stuff, there’s a lot of that going around,” Putnam said. “If something crazy doesn’t happen, then you’ve got peace of mind for another 25 years because you’ve got food down in your basement.”

Predictions of calamity are not uncommon. Several dates promised to be the end of the world have come and gone. But still, the concern persists.

Mormon author Julie Rowe described an apocalyptic ending for the world in her book “A Greater Tomorrow: My Journey Beyond the Veil.” Following a near death experience, Rowe wrote that she had visions of catastrophic events taking place around the world.

The writing prompted The Church of Jesus Christ of Latter-day Saints to add the book to a list of “Spurious Materials in Circulation.” In a statement, LDS Church spokesman Doug Andersen said the literature was Rowe’s personal account and does not necessarily reflect LDS Church doctrine.

“The internal memo does not constitute an official Church statement, but serves as a routine reminder to teachers from Seminaries and Institutes of Religion of their responsibility to teach from the scriptures and Church leaders,” Andersen wrote.

In response, Rowe stated she agreed with the church’s view, affirming that her book was not intended to be considered church doctrine.

But still, Rowe’s beliefs are shared by others, many of whom are now taking precautions before the month ends.

“They want to know that, no matter what happens, that they can protect their family the way they wish to,” Tarbox said.