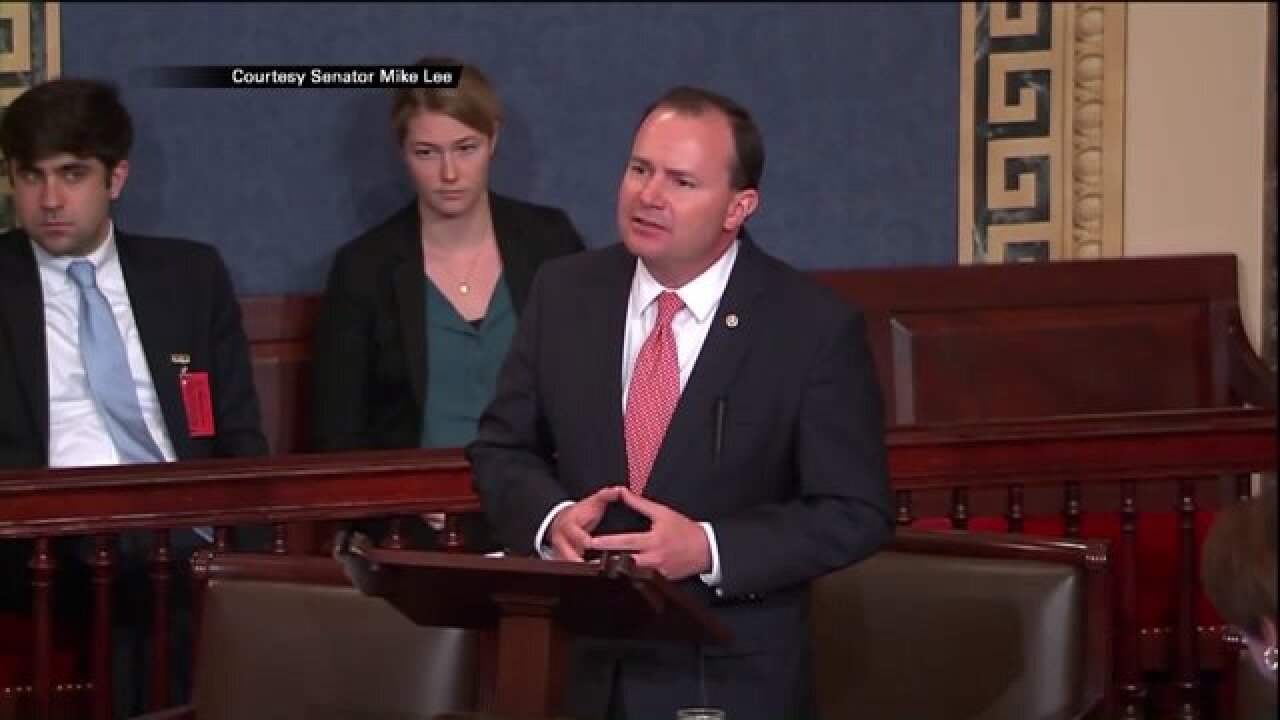 "In the struggle between Planned Parenthood and its victims, President Obama and his party have sided with a rich and violent special interest group over the innocent women they exploit, the tiny children they mutilate, and the vulnerable communities they poison," said Lee, R-Utah, in a speech on the Senate Floor on Wednesday.

His fight could stall the passage of a federal continuing resolution to allow the government to continue functioning without a budget. The possibility of a government shutdown has much of Washington D.C. on edge.

"Research shows that when you provide comprehensive reproductive health services, those are the type of things that actually reduce the need for abortions," Chavez-Houck said.