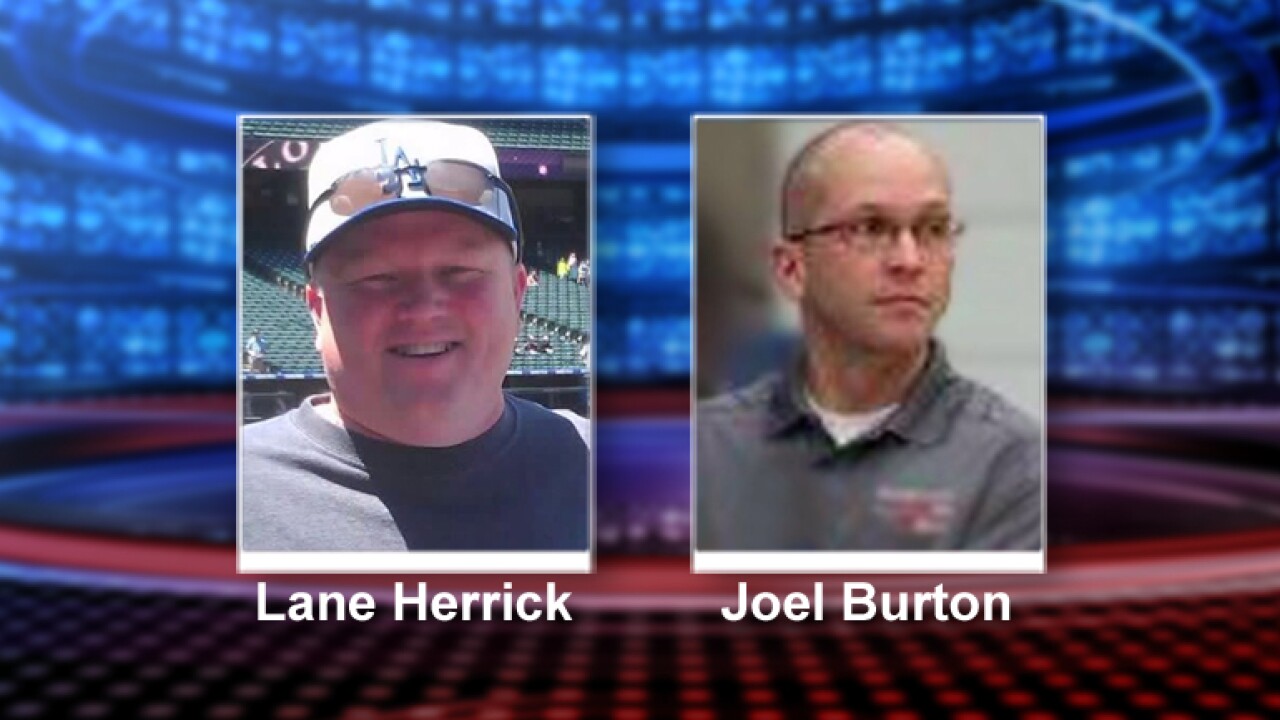 BOUNTIFUL, Utah -- Two Bountiful High School volleyball coaches being sued for assault and battery were suspended by the Davis School District Wednesday, and the men will be allowed to continue teaching within the district.

These coaches are being sued by the parents of two girls who are on the team.

In the lawsuit, Head Volleyball Coach Lane Herrick is accused of verbally and physically abusing at least two players, a junior and senior, who are sisters on the team.

Herrick has been with Davis School District since 2007 and is a driver's education instructor. Assistant coach Joel Burton is also named in the lawsuit. He is accused of witnessing the abuse and not stepping in and protecting the students or reporting the incidents.

Burton has been with Davis School District since 2008 and is a physical education teacher.

Clair Asay is the father of the girls alleging abuse. His wife was also an assistant on the team before stepping down earlier this season. Asay believes every female on the team was vulnerable to abuse.

"In society we all talk about bullying, and we all teach our kids not to be a bully, and yet we have a bully that is in our school system coaching our 16 and 17 and 18 year old kids, and especially girls, he's a bully," Asay said.

FOX 13 News also spoke with a parent of a sophomore on the team who said she was sad to hear about the suspensions and frustrated that the school district hasn't been more transparent on this issue.

"The girls came out crying, and I heard from my daughters' friends that the coaches had been suspended," said Jamie Vandemerwe. "I just for the girls' sake think it's a tragic way to start out the season, and I hope a resolution can come quickly and the girls can have stability and thrive as a team together and be supportive of each other."

According to Davis School District, though the two coaches have been suspended, the volleyball team will continue practicing and playing games as usual. Their next game is scheduled for Thursday, but as of now there as been no announcement of who will be coaching the team. On Wednesday, the seniors on the team ran the practice.