Group gathers to discuss efforts to ‘Save the Salt’, preserve racing at Bonneville Salt Flats 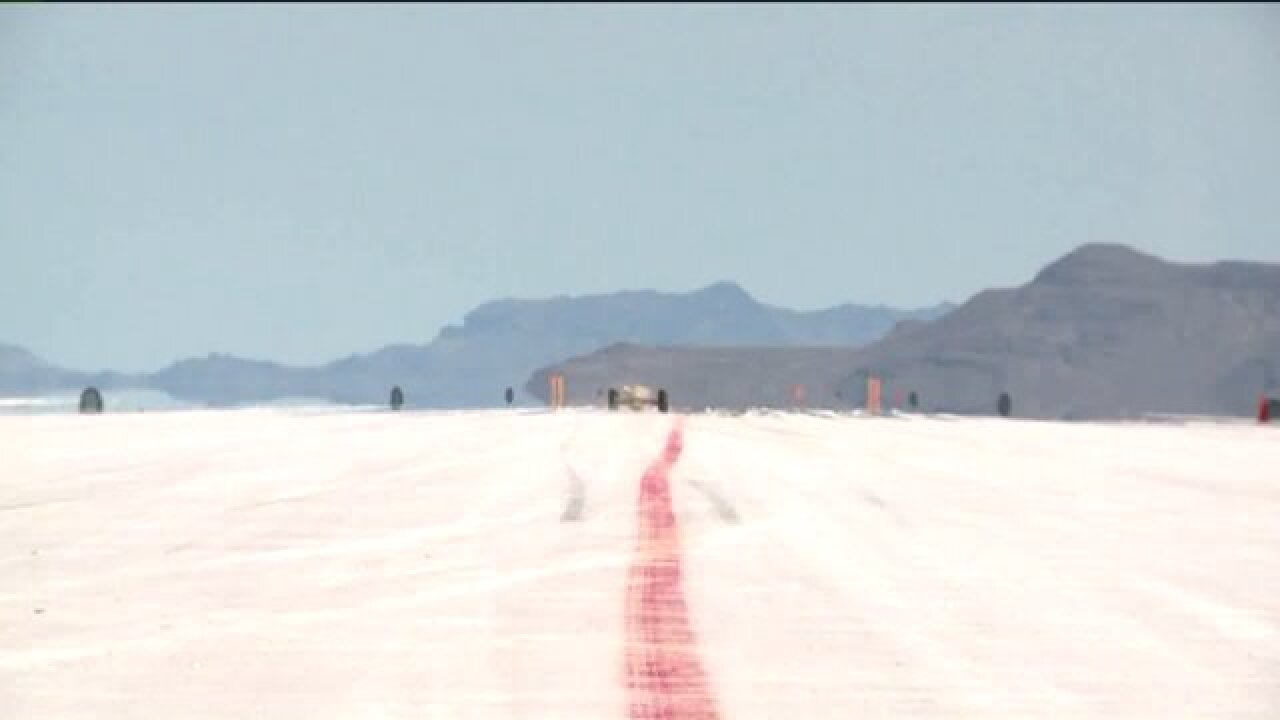 TOOELE COUNTY, Utah -- Salt Flat Racers gathered at Totems in Salt Lake City Wednesday evening to try and find a solution to problem that is threatening their sport. For the past two years, muddy conditions and a lack of salt have led to the cancellation of the sport's biggest spectacle: Speed Week at the Bonneville Salt Flats.

Since 1914, cars have attempted to set the land speed record on the flats, at times even traveling at speeds greater than 400 miles per hour.

“I came out to the salt flats with my dad in 1953," said Rick Vesco, of the legendary Vesco family.

"This car holds the records for land speed," Vesco explained while standing next to the family car, Turbinator.

Vesco worries that if a long-term solution isn't found quickly, salt flat racing could be gone for good.

“The [cars] will all become moth balls kids will read about in a textbook one day," he said.

Louise-Ann Noath from the Save the Salt Organization spoke to drivers Wednesday to explain why the salt flats are undriveable.

Noath told racers that the thinning salt levels is a by-product of years of salt mining in the area, with little effort to replenish the supply. However, in recent years, Noath says, mining companies are beginning to pump salt back onto flats.

"The current mining officials didn't cause this problem; unfortunately, they have to fix it," Noath said.

Noath also says that a combination of wind, construction, and the addition of water dikes in the area that have brought in an excess of mud, have all contributed to conditions that make racing impossible.

She says next week Save the Salt and racers will meet with the U.S. Bureau of Land Management, which oversees geologists, engineers, and lawmakers in Congress to try and find a solution.