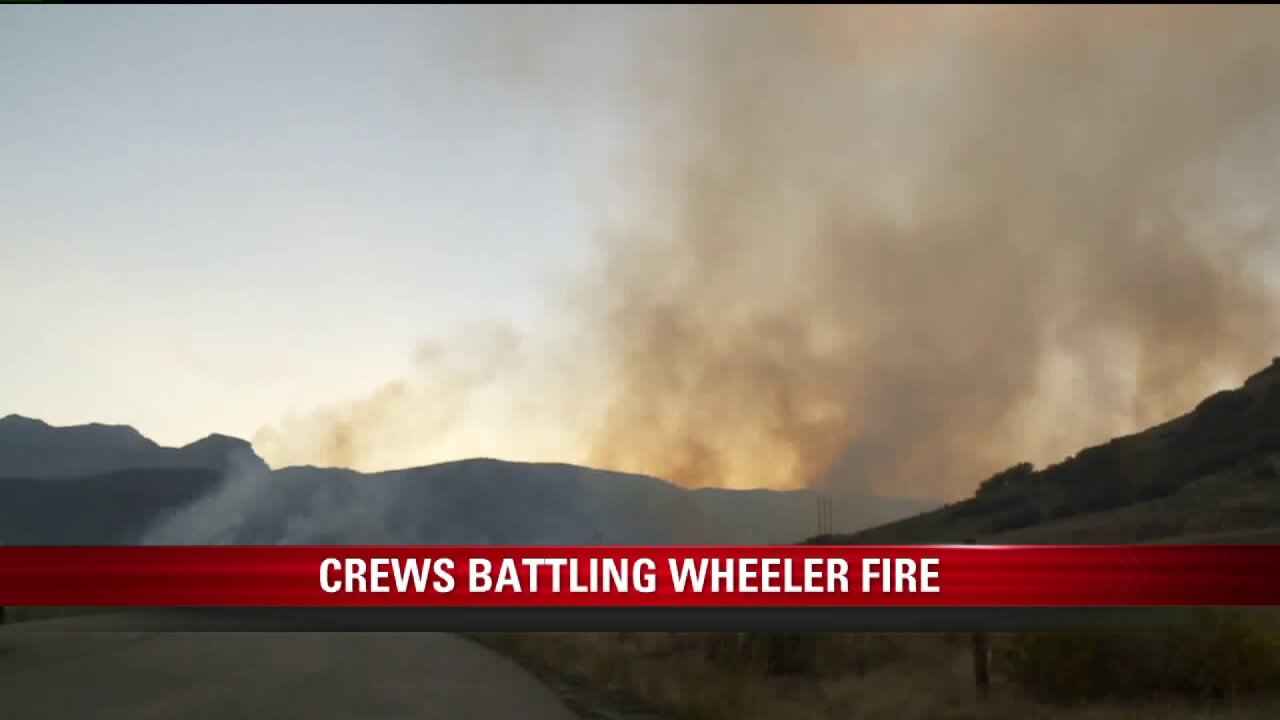 WASATCH COUNTY, Utah — All aerial firefighting temporarily came to a halt on a fire in Wasatch County due to a drone in the fire area Tuesday evening, according to a tweet from Utah Fire officials, but by Wednesday reports indicated air support for the fire had resumed.

All aerial firefighting has come to a halt on the #WheelerFire due to a drone in the fire area.

A fire that started Monday near Deer Creek Reservoir has forced campers to evacuate and is threatening nearby homes.

An update posted Wednesday stated GPS had estimated the size of the Wheeler Fire to be 720 acres. By Wednesday night, containment was estimated at 25 percent. Fire officials state four helicopters are continuing bucket work on the blaze, and about 200 personnel are fighting the fire on the ground.

An interactive map shows the perimeter of the fire and road closures, click here for that map.

Another shot of the #wheelerfire as taken from our Director of Marketing, Tiffany. The fire has grown to 500 acres. pic.twitter.com/rLNrgc5MfE

Nearly three dozen homeowners in the area have been warned they may need to evacuate at a moment’s notice.

Campers have had to leave the Cascade Springs area and officials have closed SR-92, the Alpine Loop road above Sundance Resort to the Aspen Grove area. A dirt road between Midway and Cascade Springs has also been closed.

The fire was determined to be human-caused sometime early Monday afternoon. An investigator is working to determine the exact cause.

About 90 firefighters have responded to the scene and officials expect 80 additional firefighters to arrive Tuesday. Aerial firefighting resources are also expected to assist Tuesday.

“The plan of attack is to secure the lines we started last night on the west flank and east flank of the fire. They’ve got the dozers that’ll be back at work, along with the engines and hand crews helping them out. As far as our resources go, we had one helicopter up here last night and we’re hoping to get two additional helicopters, along with the tankers we had,” said Mike Eriksson, northeast area manager for the Division of Forestry and State lands.