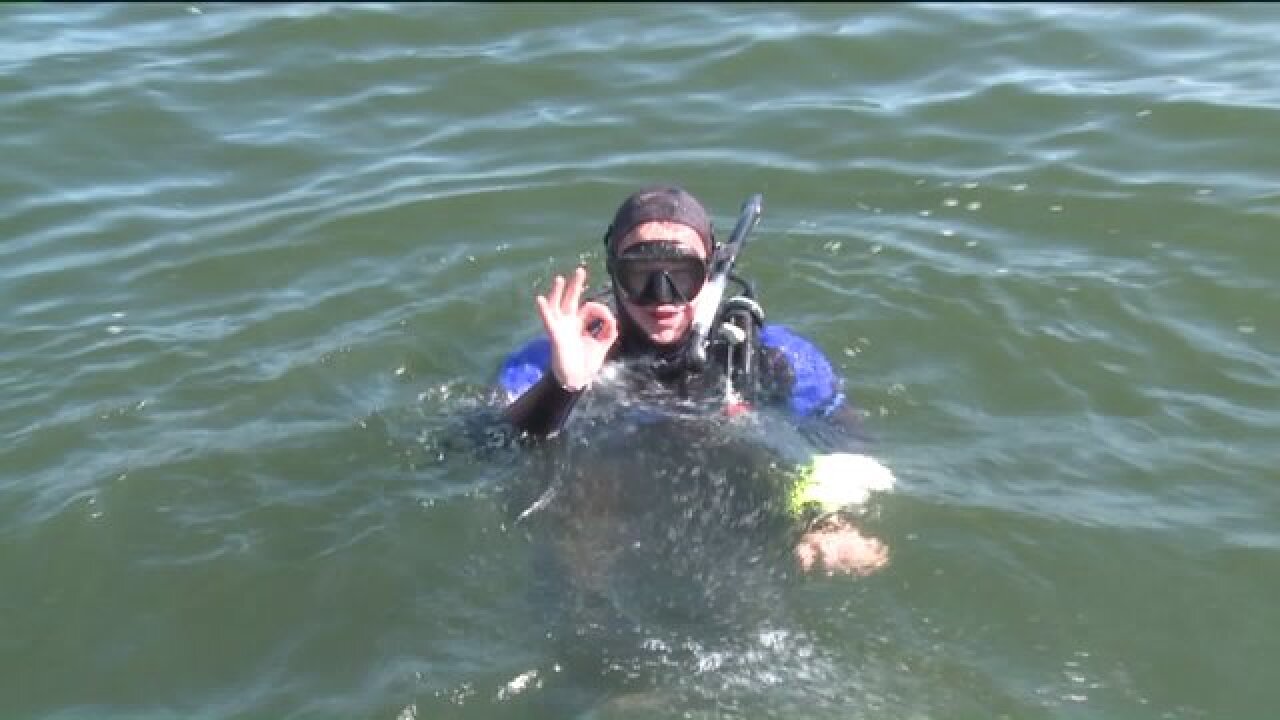 A group of former service men and women put on their scuba gear Tuesday morning to help clean the bottom of Deer Creek Reservoir.

Vets say scuba diving helps them reconnect and engage after sustaining injuries - both physical and mental while they were in combat.

“A lot of vets seem to isolate, myself especially,” said Adam Pollard, a Utah veteran with the Dive Alliance. “A lot of avoidance with, you know, not wanting to do anything, being around people, things like that.”

They say it’s a calming activity that helps them cope with the anguish they experienced at war.

“A lot of these guys might have survivor’s guilt and things like that, to where, they might feel guilty about losing a buddy or buddies in Afghanistan or Iraq, things of that nature,” said Brandon Jones, another Utah veteran with the Dive Alliance.

On Tuesday, they cleared trash off the bottom of Deer Creek Reservoir, as part of a nationwide effort to clean up America’s oceans, lakes and rivers.

Pollard suffered a knee injury while he was deployed. He said the water relieves his pain and takes his mind off situations that cause him anxiety.

“You kind of don’t think about the outside world when you’re down there. You have to concentrate on what you’re doing,” he said. “You know, it’s kind of peaceful.”

The veterans meet weekly to go on various dives. Their directors say it has, by far, been one of the most successful recreational therapies for service men and women overcoming PTSD. They said they are always looking for more veterans to join. For more information, visit http://divealliance.org.