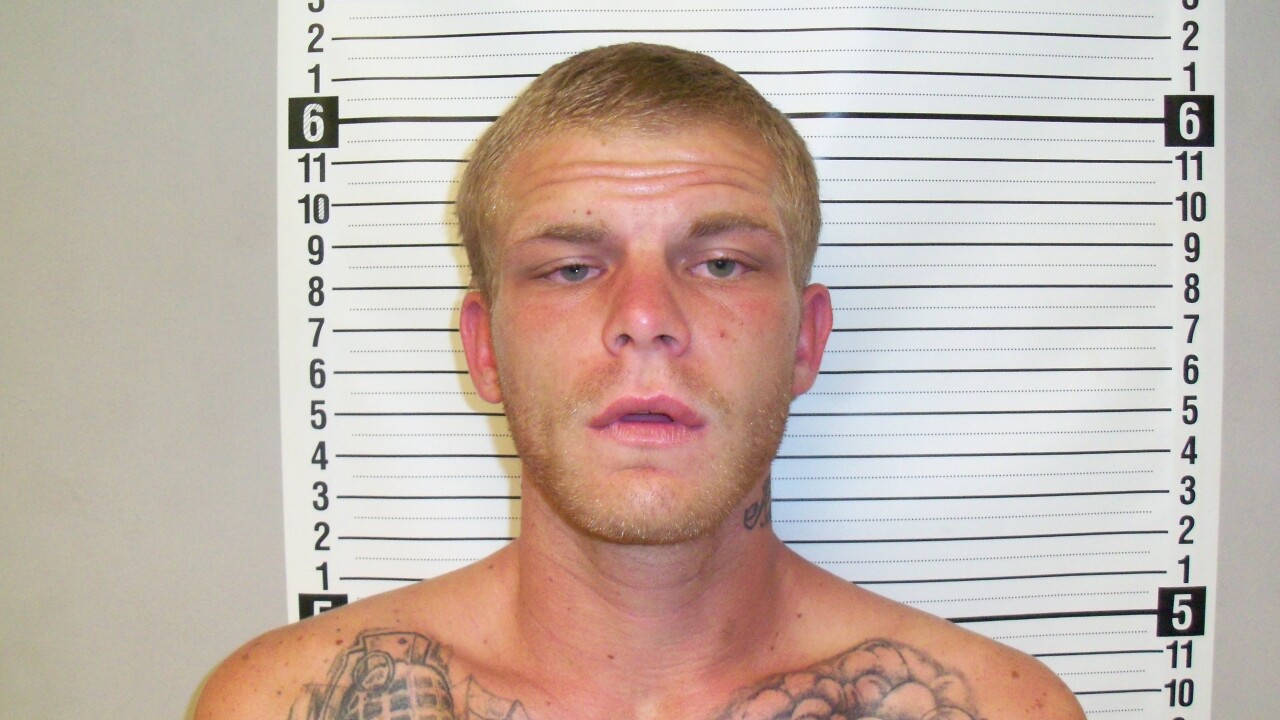 EMERY COUNTY, Utah — 22-year-old man was taken into custody in Emery County after leading authorities on a high-speed chase then a manhunt early Tuesday morning.

Emery County Sheriff’s deputies were first alerted to an erratic driver on Interstate 70 at about 1:48 a.m. A call from a motorist stated a vehicle was traveling west in eastbound lanes, according to a press release from the sheriff’s office.

Deputies stopped Dustin Adam Gunther at about mile marker 152. After brief questioning, Gunther stated he did not have ID with him.

According to the release, Gunther was asked to turn his car around and pull up in front of the deputy’s vehicle. Gunther instead turned around and sped away eastbound on I-70, the release states.

During the pursuit, officials say, Gunther reached speeds of 125 mph in an 80 mph zone.

“Gunther was driving erratically, crossing lanes and repeatedly turning the headlights off and on,” the release indicates.

The deputy terminated the chase due to public safety concerns.

A Utah Highway Patrol trooper and sheriff’s deputy located the suspect’s vehicle on State Route 6 and attempted to stop it.

“The trooper noticed a maroon four-door car that was repeatedly turning headlights off and on and began pursuit,” the release states.

The suspect repeatedly weaved into oncoming traffic. Again, the chase was terminated for safety reasons.

At mile marker 288 on SR-6, the deputy noticed the suspect’s car crashed off the west side of the road and called for backup.

According to the release, the suspect jumped out of the crashed car and ran west. The suspect reportedly ignored commands to stop.

“For safety reasons, the deputy did not pursue the suspect on foot, but waited for backup from other agencies,” the release states.

A check of the suspect’s vehicle showed it was stolen and listed on NCIC and there was 9mm handgun with 10 to 13 rounds of ammunition inside the car.

The DPS helicopter began a night search for the suspect and personnel began a search at daybreak.

During the manhunt, authorities received a call from a motorist on SR-6 reporting a man walking near the railroad tracks on the west side of SR-6.

Two personnel from the sheriff’s office responded to the scene and took the man into custody. The initial responding deputy identified the man as Gunther.

Gunther was booked into the Emery County Jail on charges of fleeing, speeding, driving on a revoked license and reckless driving.

The investigation is ongoing and other charges are pending.