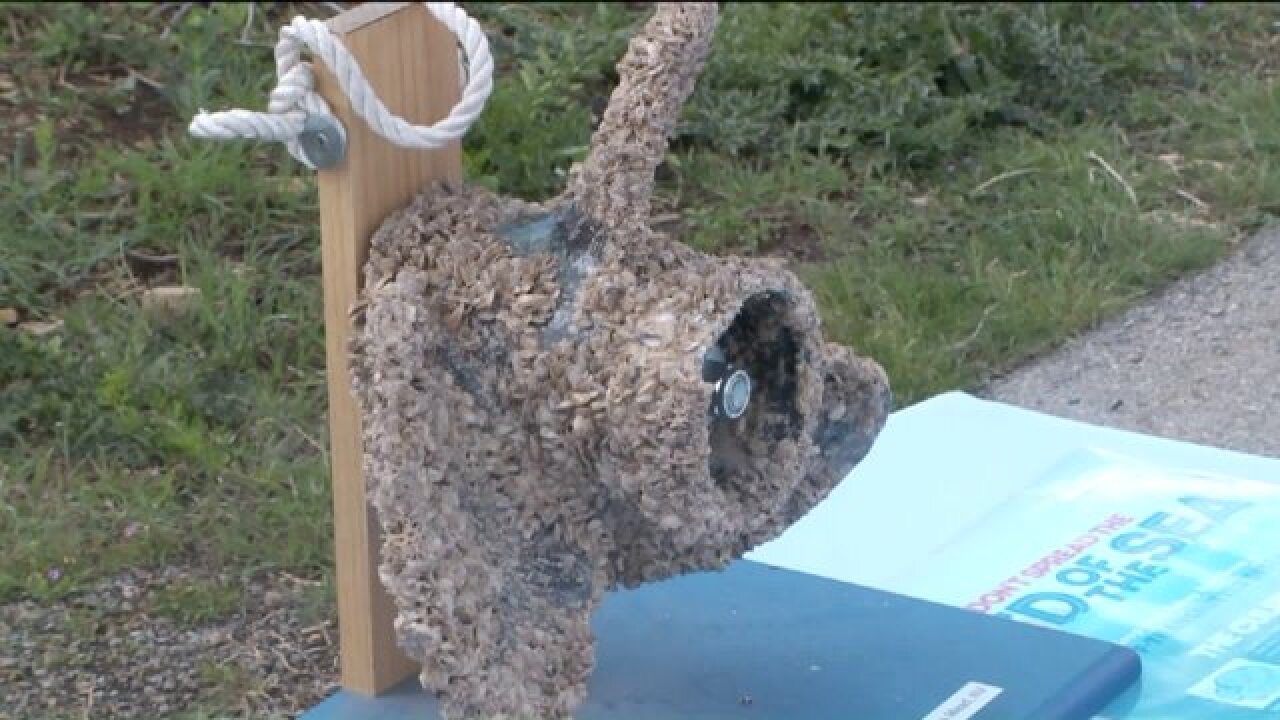 HERRIMAN, Utah -- After shutting down Blackridge Reservoir earlier this summer due to algae, the city of Herriman found a way to treat the algae problem while at the same time killing off invasive quagga mussels found in lakes across Utah.

The company that makes the treatment says, not only is it safe enough for drinking water, it could be used statewide to tackle the invasive species commonly referred to as the “STD of the sea.”

"It's rated for drinking water,” said Richard Allred, who is President of Alpine Technical Services. “It's safe for humans, for animals, for fish. It does attack algae, bacteria, and zebra and quagga mussels."

Using a boat, the copper ion chemical mixture is poured into the water in a series of lines.

"It's a self-dispersing product, and so what happens is it actually wants to repel away from itself, so as soon as you put it into the water, it wants to work its way to the edges,” said Pete Savage of Alpine Technical Services.

The city of Herriman found success with the algae problem, but the bigger application for the technology could tackle a pair of key invasive species in Utah.

"This product is also being presented to the state of Utah in a couple of weeks for the treatment of quagga and zebra mussels,” Allred said.

Quagga mussels, sometimes called the “STD of the sea” have been found in Deer Creek Reservoir and Lake Powell.

Finding a treatment is critical, as a Division of Wildlife Resources aquatic invasive species coordinator estimated it could cost 22 million a year if quagga mussels get into the central Utah project, which provides drinking water to the Wasatch Front.