Michigan fans in Utah for game day leave SLC server $3,000 as part of ‘Tips for Jesus’ 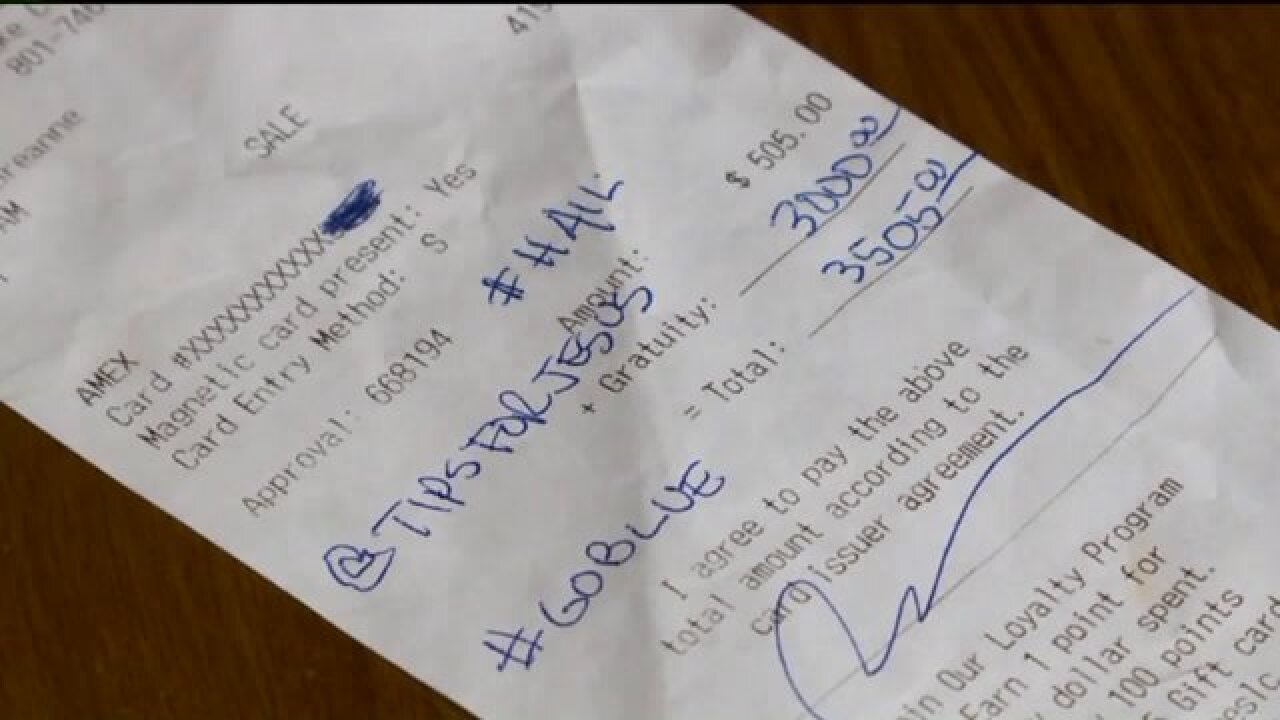 SALT LAKE CITY -- A slow shift at work turned out to be one a Salt Lake City waitress will never forget after a group of Michigan fans in town Thursday night for the football game against Utah left a roughly 600 percent tip amounting to thousands of dollars.

Bre Snow left work at the Bourbon House Thursday night thousands of dollars richer and with thanks for one group of customers.

The group visited the restaurant after the Utah vs. Michigan game, and Snow said when they departed they left her a big tip and a lot of hope.

Snow said she works two jobs, and the tips at the end of a long day can vary.

But Thursday night, she likely had one of her best nights ever for tips.

“I was checked out for the night, like that's how late they came in,” Snow recalls.

She started serving a table of customers, who in return gave her more than she could have imagined

“They're like, ‘We want to give this to you. We want to make your day’ and it did, and I started tearing up” Snow said.

The group snapped a photo and pointed Snow to an Instagram page for the user "tipsforjesus”, where similar moments have been captured at restaurants all around the country.

“After working so hard to get just a great payoff from it just really touched me, and I really am grateful,” Snow said.

For Snow, the gesture was worth as much as the money.

“I've always wanted to be one of those people that give,” she said. “I always wish that I have the capacity to do that."

“And to so generously see that from someone else, a random act of kindness, there's nothing that hits more home,” she said. “There’s not a word for it. A ‘Thank you’ is not enough.”

Snow said she and her boyfriend have both been working two jobs to get by, so, for them, this means some breathing room and maybe even a much needed vacation.