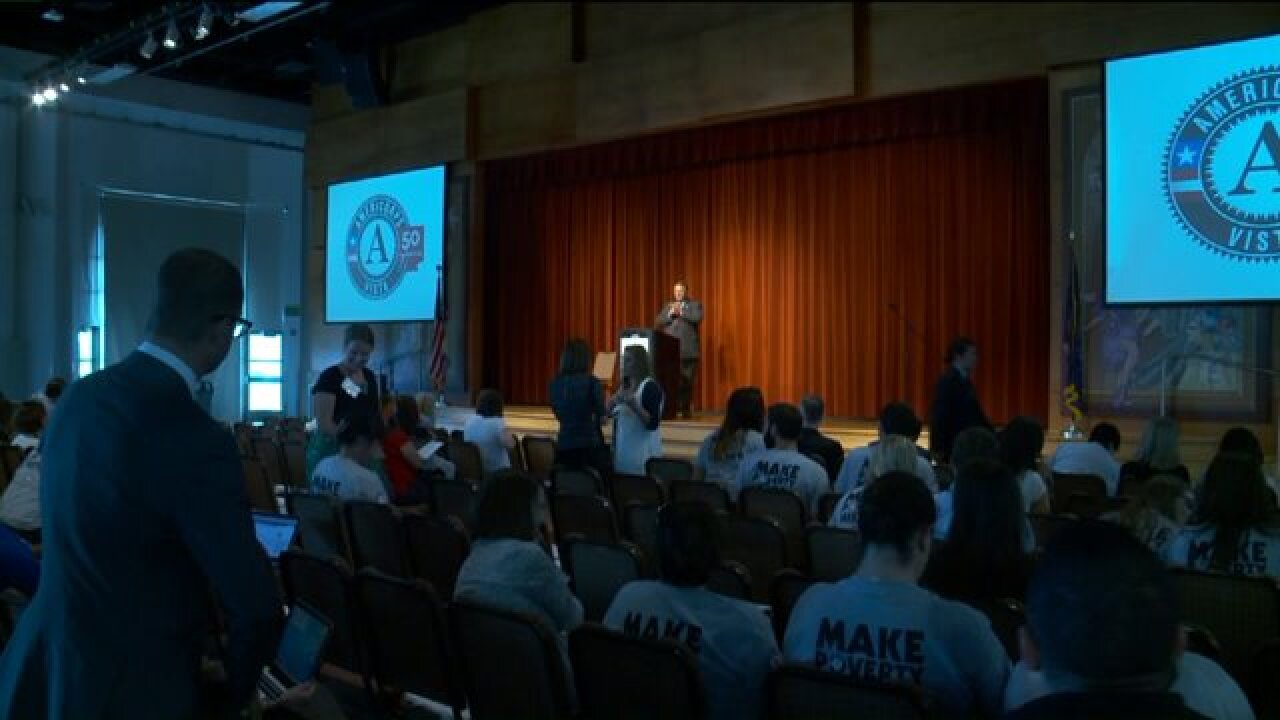 SALT LAKE CITY -- It's the domestic counterpart to the Peace Corps, and Volunteers in Service to America, or VISTA, chose Utah as one of five locations nationwide to hold their 50th Anniversary celebrations.

VISTA was the brainchild of John F. Kennedy, and it was implemented by Lyndon Johnson in 1965.

VISTAs are college graduates who go through an intensive training and then pledge at least a year to create or bolster anti-poverty programs full time. They are paid at federally established poverty wages for single adults.

At any given moment, about 100 VISTAs are active in Utah.

At the August 27 celebration, each VISTA attending said where they came from--with answers ranging from Alaska and Maine to Salt Lake City and Provo.

Among the VISTAs who shared their stories at the event in Utah was Elizabeth Oliver. She helped the Road Home create its Veteran's Housing program, which has become a nationwide model.

"I signed up knowing I just wanted to fight poverty, make a difference, be an ally, and it turned out to be something that will now be my career and something I will help with for the rest of your life," she said about her experience.

Oliver is now a housing specialist with the Road Home.