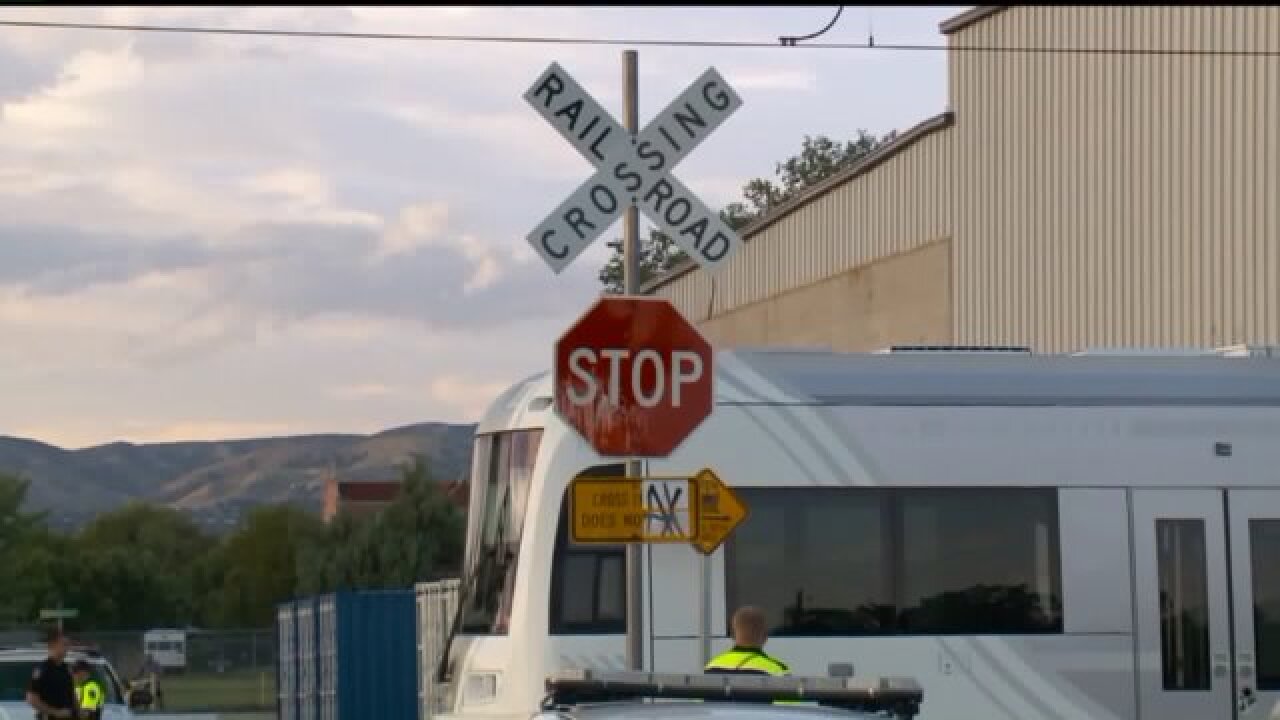 SOUTH SALT LAKE, Utah -- On Wednesday night, South Salt Lake residents had a chance to tell the city, "I told you so," regarding a railroad crossing where a deadly street car crash took place earlier this month.

"The danger of the situation on Fourth East was really predictable from the drawing board," Resident Linda Adams said. "My son commented, 'I hope we don't have to come back here and say I told you so.'"

The deadly crash was personal for Adams. She lives in the neighborhood and knew one of the victims, Jessalyin Heaton.

Jessalyn and her boyfriend Raymond Benally were killed when they somehow missed the stop sign and were broadsided by the Sugar House Streetcar on August 14. Residents said it's not the first or last time someone failed to obey the stop sign at the S-Line crossing.

According to the city, a study determined a stop sign was sufficient due to the low volume of traffic on the street. However, residents say this accident should result in a new study.

"Flashing lights would make it aware to people, I think that would be beneficial--add some noise if it would help, just anything to stand out," resident Bentley Adams said.

"As soon as the investigation is complete we plan on having a sit down with UTA and see if there is any additional security measures that can be implemented at that crossing, and we would definitely support that," Mayor Cherie Wood said.