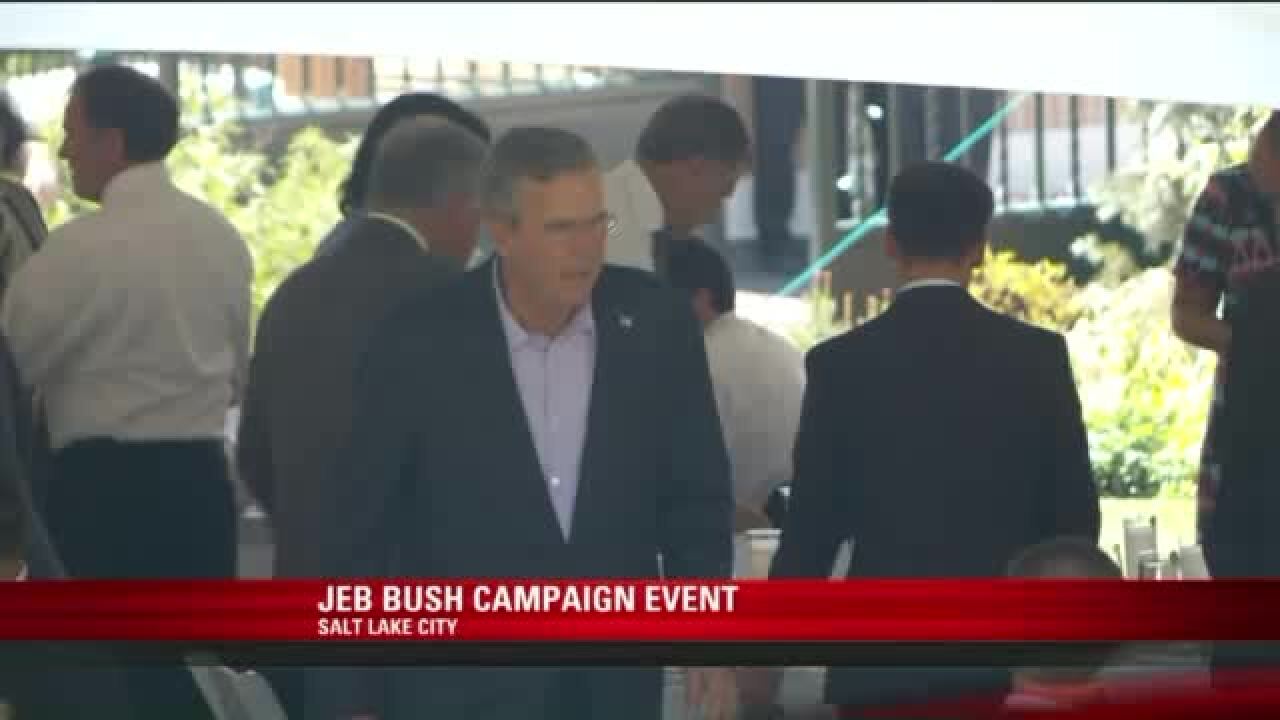 The rally was hosted by Zions Bank CEO Scott Anderson and Utah real estate mogul Steven Price. Bush was only in town for a few hours, but drew in a crowd of some of the state’s most popular members of the GOP party.

While Jeb Bush is feeling the heat in other parts of the country over his use of the phrase “anchor baby,” Utah supporters rolled out the welcome mat, and didn’t bring up the controversial issue. Donors did however, fork out big cash: $10,000 for a private reception with Bush and $2,700 for lunch.
The presidential hopeful had plenty to say to dozens of supporters who turned out for a private luncheon held at the Salt Lake City home of John and Maria Price this afternoon.

Hatch says he knows all the GOP candidates, but “this is the best stable presidential candidate that I've seen since I've been a senator.”

Bush wasted no time telling the crowd he has the energy to sustain a tough campaign.

“I wake up each day contrary to what you might read about low energy and all this. I wake up extraordinarily excited about prospects of running for President of the United States,” said Bush.

“Ultimately, as he has to explain what his views are. I think that will be his downfall,” said Bush.

The former Florida Governor said Trump’s recent missteps on immigration reform show his lack of commitment to bring people together.

“There are people in public life who are doers and I`ve noticed some recently there are some that are talkers. I'll let you pick who's who,” said Bush.

Bush also touched on job creation, strengthening the military and education standards. He touted his record as Governor of Florida for eight years.

“I'm in this to win. I'm going to run with heart. I'm going to take on the people that don`t believe in the greatness of our country, don't believe we can solve these problems,” said Bush.

While national polls show Trump leading the GOP pack by double digits, it's a different story in Utah. According to Utahpolicy.com, Bush is ahead in Utah with 18% of the vote, followed by Donald Trump and Senator Rand Paul with 9% of the vote.

There were calls by some local activists to cancel the fundraiser. They were upset over Bush’s latest missteps about immigration, and how he described children of immigrants.

However, there was not a large gathering of protesters. There was one gentleman who shouted at Jeb at the end of his speech.