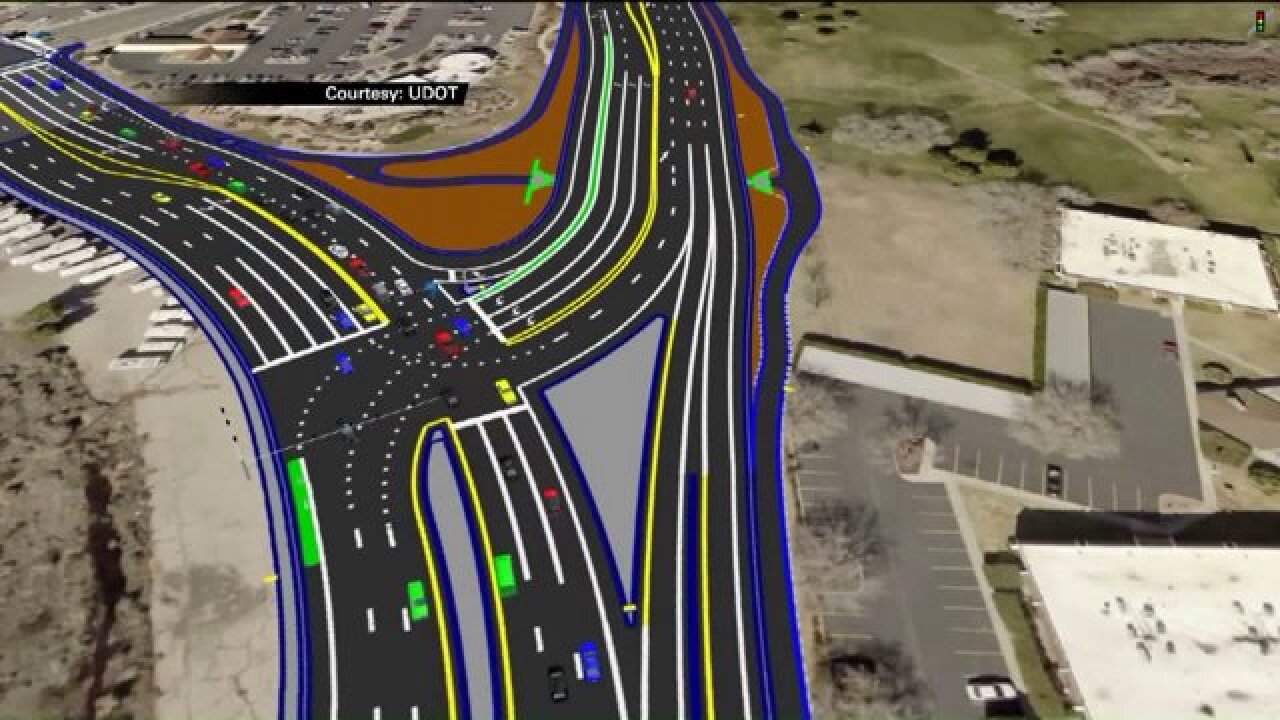 ST. GEORGE, UTAH - Business owners at one St. George shopping complex say they feel like their voices are being heard after the Utah Department of Transportation revised plans for an intersection upgrade near their shops.

UDOT presented the new plans for the Bluff Street and Sunset Boulevard intersection in a public meeting last week. It comes after the engineers scrapped the original plans last year. Business owners in the area said those original plans threatened to cut customers off.

“There’s a lot of traffic on these two streets that bring clients to the business,” said St. George Massage Envy owner Roy Thacker.

Thacker is one of several owners who felt UDOT wasn’t taking their opinions into consideration with the redesign. Originally engineers suggested a “Jug Handle” formation, which would put traffic turning onto Sunset through a circular overpass. Thacker said that plan would have eliminated two entrances into their shopping complex, and potentially block signs.

UDOT region four project manager Brandon Anderson said that’s when they decided to take the plans back to the design process and look at different options.

“We were able to talk to some stake holders and some public and St. George City,” said Anderson. “When we did that we realized maybe there’s a different solution that’s out there.”

The new design keeps the intersection at ground level, but still accommodates for growing traffic. The major change will be the primary flow is somewhat shifted so that Bluff Street feeds primarily into Sunset. Ironically, that’s the way traffic originally flowed 50 years ago. Crews will also add a new pedestrian tunnel underneath the street.

"When we looked at it, the only way we could make it function at grade was to realign it back that way,” said Anderson. “With those three north and southbound lanes, and then T in with that southbound.”The $51 million project is being done to try and accommodate growth projections through the year 2040. The intersection redesign is part of a larger project to improve flow on Bluff Street as a whole. Construction likely won’t start until 2018.

For more information on the Bluff street project, visit: http://www.udot.utah.gov/bluffstreet/index