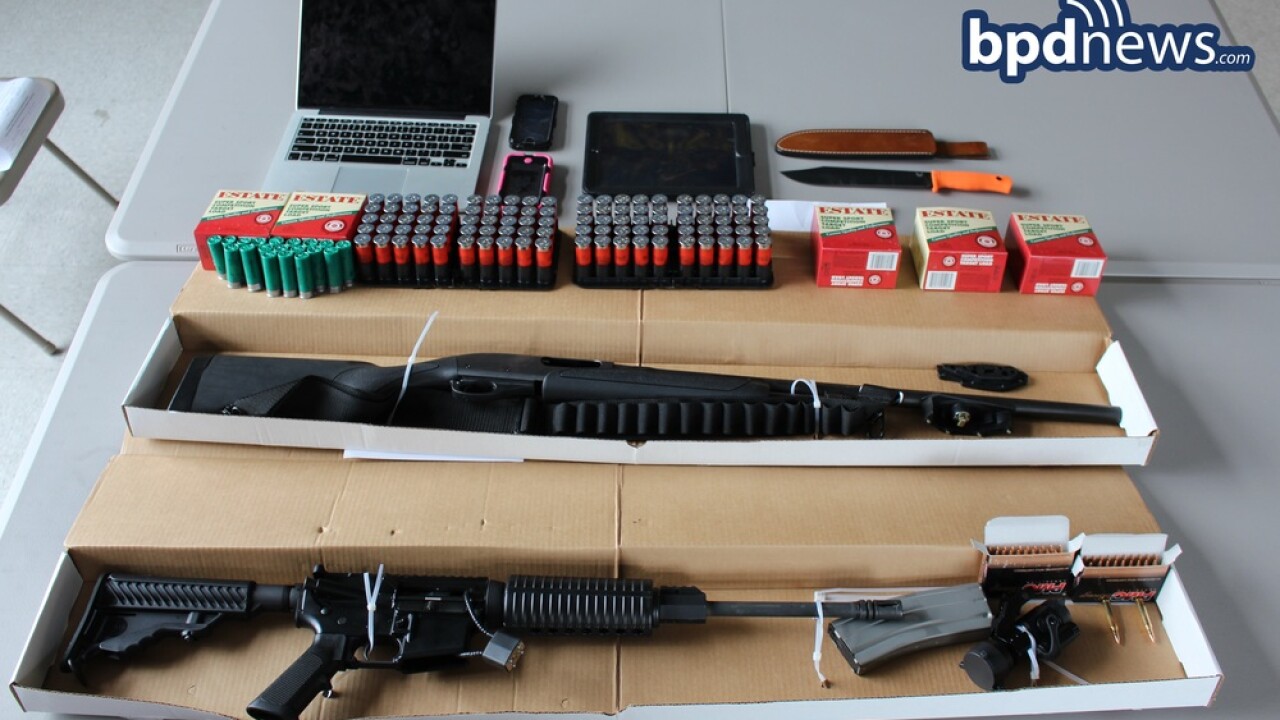 BOSTON – Two suspects were arrested and a shotgun and assault rifle were recovered after police in Boston followed up on reports of a possible threat of violence against attendees of the Pokemon World Championships this weekend.

According to a press release from the Boston Police Department, the Boston Regional Intelligence Center received information from a private sector source Thursday about threats of violence made on social media regarding the Pokemon World Championships.

According to Pokemon.com, the Pokemon World Championships were scheduled to be held at the Hynes Convention Center Friday through Sunday and the competition is an invitation-only event.

Officers investigating the case stopped two men from trying to enter the event. Detectives learned the two men had driven from Iowa for the event and “were in possession of several firearms in their vehicle. The suspects could not produce a License to Carry.”

Police seized the vehicle and the suspects were released, pending a search warrant. Officers obtained a warrant and searched the vehicle Friday, and they found a 12-gauge Remington shotgun, a DPM5 Model AR-15 style rifle, several hundred rounds of ammo and a hunting knife.

The release states: “The BPD detectives and collaborating agencies did a great job in the stop and prevention of a potential tragedy.”