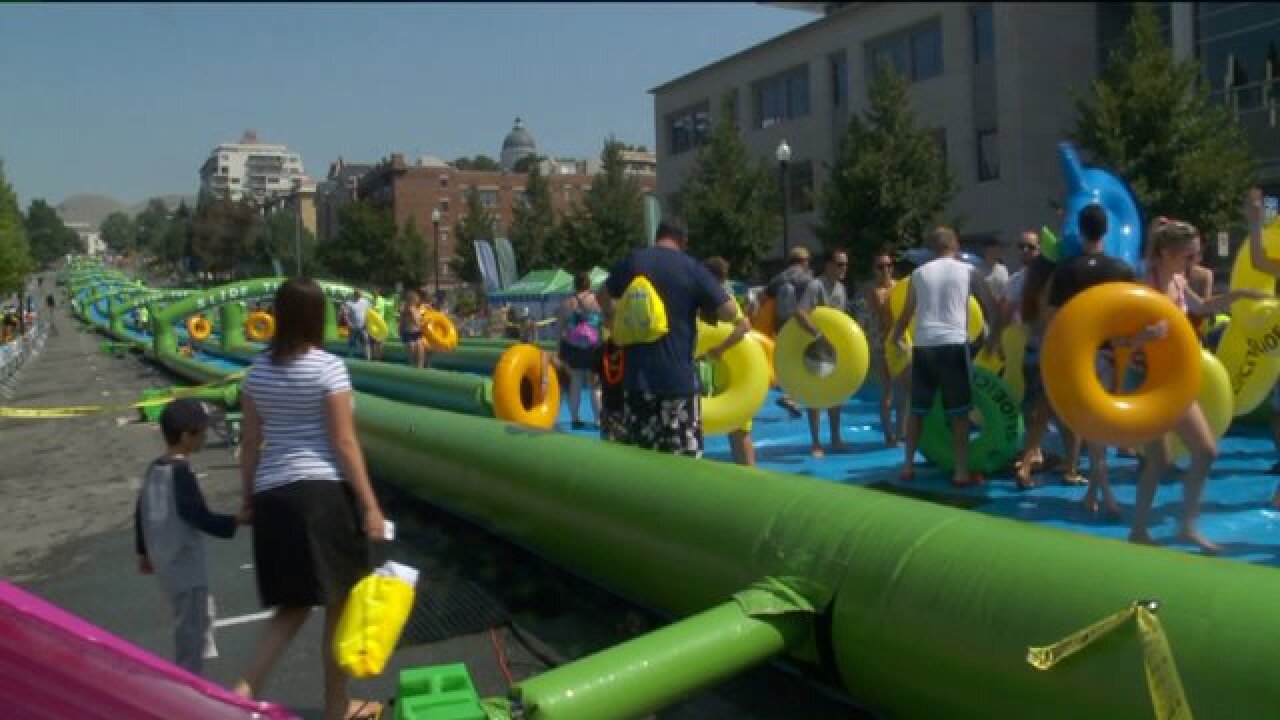 SALT LAKE CITY -- More than 2,000 people weren't driving, but rather splashing, their way down Main Street in downtown Salt Lake City on Saturday.

The slip and slide was 1,000 feet long and covered three blocks, and the event is called Slide the City.

"Who wouldn't want to do a 1,000-foot long slip and slide," said Brandon Jay, director of Slide the City.

Last year, they held the event twice: once in Salt Lake City and once in Boise. It was so popular they are now bringing the inflatable fun to more than 50 cities in the United States and more than 80 international locations.

"This is awesome, what a great experience for everyone to have right downtown, all the kids are here having a blast, it seems like a lot of fun," said Lydia Smith of Salt Lake City.

Like anything else involving hundreds of people and barreling down a hill at a high rate of speed, there are safety precautions in place.

"I am monitoring the children and making sure they don't get hurt," said Volunteer Vera Gifford.

"Another thing we do is have 'top of the slide managers' similar to a water park, they space people out going down the slide, so we don't get too many people crammed in tight," Jay said.

Salt Lake City's main concern was cleanliness of the water. There are 6,000 to 9,000 gallons flowing down the slide at any one given time.

"We re-circulate the water through the system all day, it's similar to a swimming pool but not the same," Jay said.