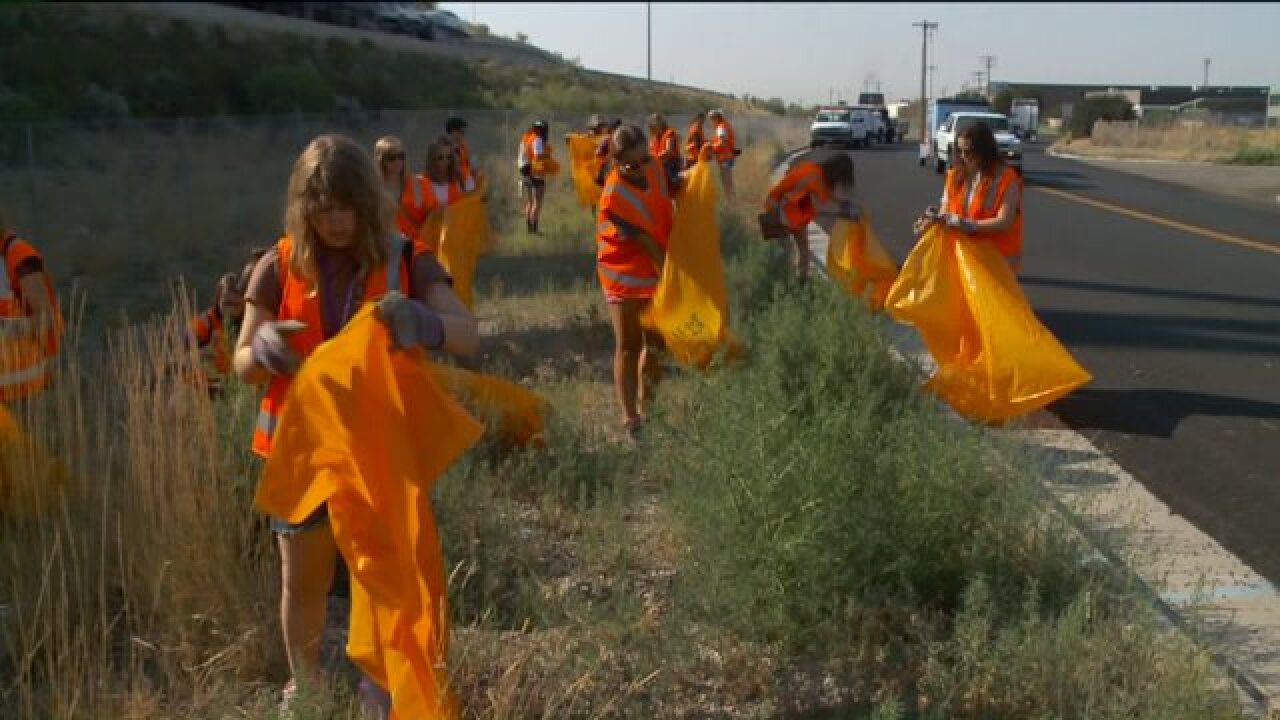 SALT LAKE CITY -- School started early for some of the freshman at Westminster College, but they weren't in classrooms or lecture halls.

Staff, students and the city of South Salt Lake partnered up to start the fall semester by offering a helping hand.

More than 100 students from the class of 2019, along with faculty and staff from Westminster College, went to school a day early this year.

For their annual Helping Hands Day, the college partnered with South Salt Lake's Community Connection program to beautify a part of the city.

“We try to bring everybody in on these projects that we can,” said Glenn Smith, who is the director of the Urban Livability Department for South Salt Lake.

Along with the city's police department, fire department, public works, animal services, and the parks department--the incoming freshman worked to pick up trash, paint fire hydrants, and cut down trees along 600 West between 2100 South and 2700 South.

This may be the first volunteer opportunity for these students in a college setting, but it won't be the last.

During the 2014-2015 school year, Westminster students contributed more than 95,000 hours of community service.

“Being involved in the community is extremely important for Westminster College,” said Julie Tille, who is the director of the school's Civic Engagement Center. “We realize the great learning that happens out in the community, and often students end up benefiting more than those that they’re working with. We also try to integrate it into the learning goals of the college and what they’re learning.”

While this may not have been the most glamorous volunteer opportunity, students said they are happy for the chance to make new friends and be of service.

“Whatever we can do to help is awesome,” Kelsey Laramie said. “I know that Westminster is big into volunteering, and that’s one of the reasons I chose the school, so it was really great to get started so early in helping the community.”

If you'd like to volunteer with South Salt Lake's Community Connection or Westminster College, use the links below.