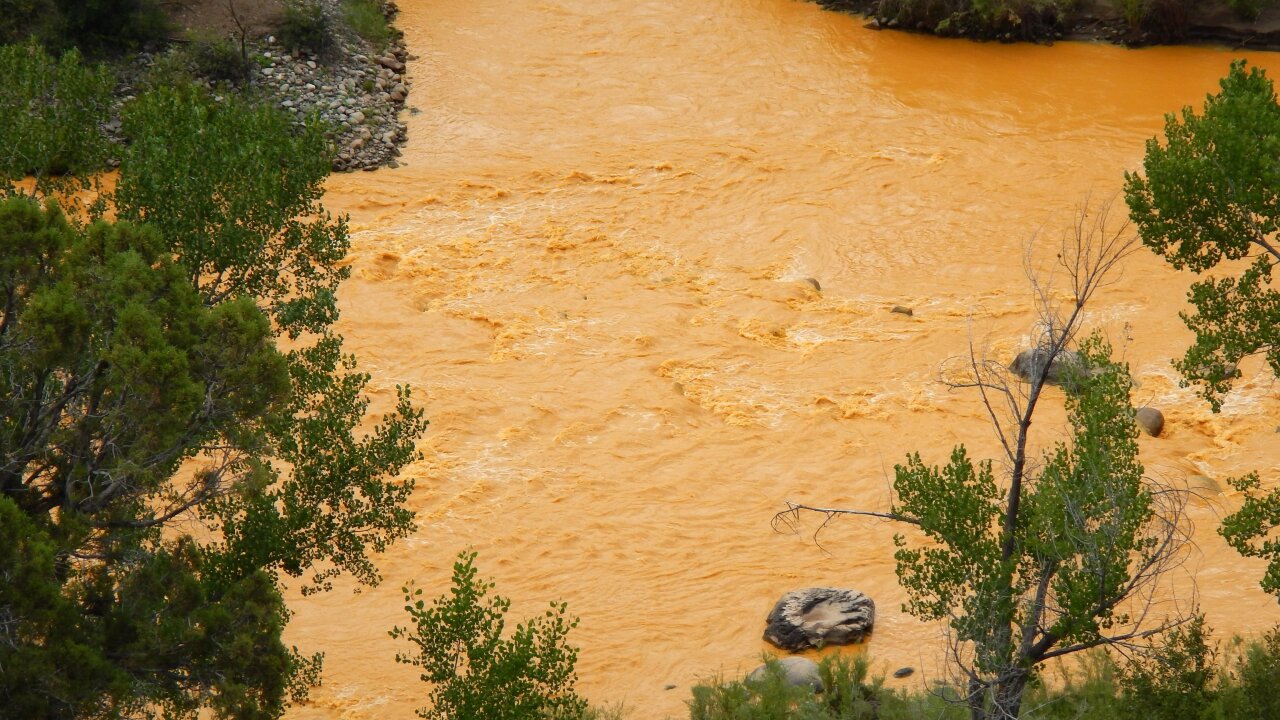 Three million gallons of heavy metal filled with wastewater spilled into the Animas River in southern Colorado beginning August 5, 2015, according to the U.S. Geological Survey. Levels of lead in at least one water sample tested 12,000 times higher than normal. So far, the spill has affected three states: Colorado, New Mexico and Utah. Credit: Tom Bartles

(CNN) — Newly released internal documents from the Environmental Protection Agency show government contractors warned EPA managers about the potential for a “blowout” at an abandoned mine in Colorado well before millions of gallons of wastewater polluted rivers in three states.

The documents show the EPA was aware of the “endangerment to human health and the environment” for more than a year before an accidental spill of more than 3 million gallons of wastewater at the Gold King Mine on August 5 that ran into rivers in Colorado, Utah and New Mexico.

In a June 2014 work order, the contractor, Environmental Restoration, warned the EPA that conditions at the abandoned mine “could result in a blowout” of wastewater containing toxic heavy metals such as manganese, copper, zinc and cadmium.

The newly released documents show the contractor again warned the EPA of the dangers in May 2015.

The EPA has admitted the toxic spill — which temporarily turned the Animas River a shade of yellow-orange — occurred when one of its teams was using heavy equipment to enter the mine. Instead of beginning the process of pumping and treating the contaminated water inside the mine as planned, the team accidentally caused it to flow into the nearby Animas River.

The mine wastewater polluted the river and other waterways with extremely high levels of lead, arsenic, cadmium, beryllium and mercury.

There are multiple ongoing investigations into how the EPA allowed the blowout to happen.

Poisons such as lead were detected in the Animas River, part of the Colorado River system. EPA officials say recent water testing shows contamination levels have fallen back down to prespill levels. However, some experts say the heavy metals have simply sunk to the bottom of the affected waterways and will likely get stirred back up again.

The EPA has been the source of frustration for many local and state leaders who say the agency didn’t act fast enough to alert people about the spill. Attorneys general in New Mexico, Utah and Colorado have suggested they may individually or collectively sue the federal government.