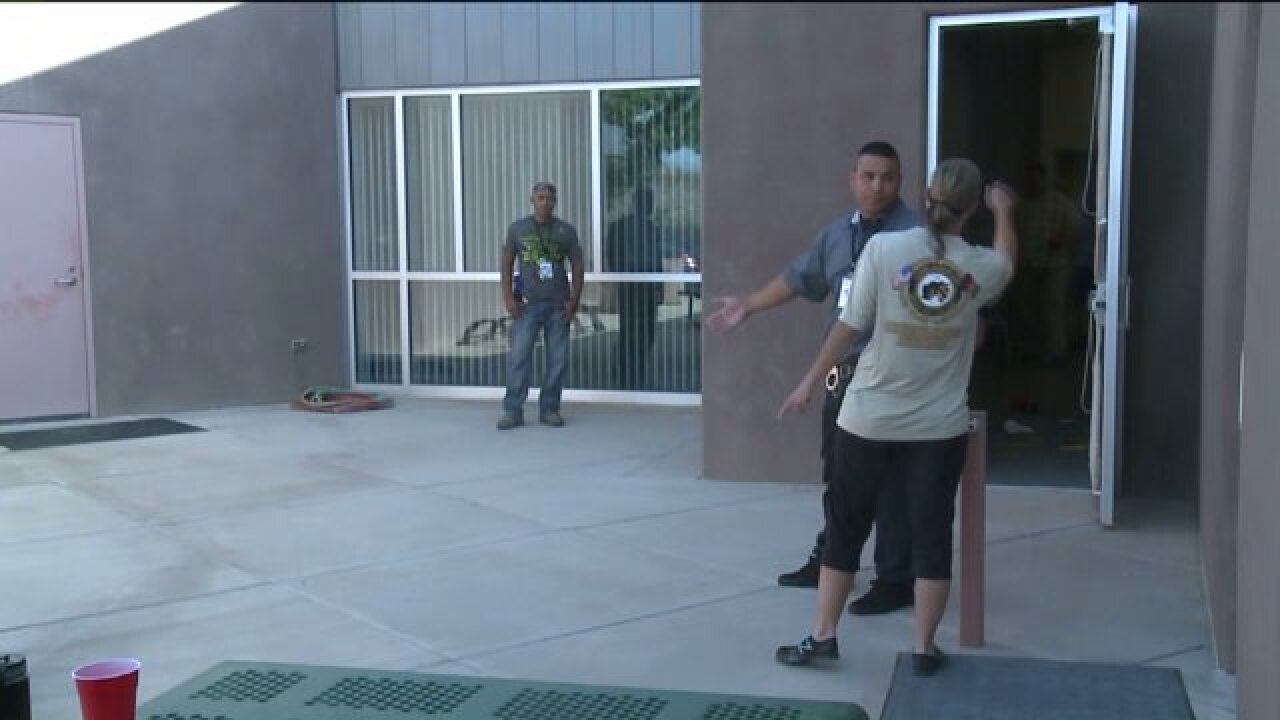 “I’ll deal with similar calls to these three times a day in a 10-hour shift,” McCullough said. "So that just shows how much it’s out there.”

CIT is a week-long course that combines classroom learning, hands on scenarios, and visits to mental health facilities. Instructors said all of those experiences combined will hopefully give officers a better understanding of what someone who suffers from a mental health condition is going through.

“In my opinion, a career-changing training for a law enforcement officer,” said St. George Police CIT coordinator Sgt. Albert Gilman. “It teaches them how to, and gives them some very useful and very needed tools.”

They’re the same tools officers used during a December 2014 standoff with a veteran suffering the effects of PTSD. Through negotiation and communication, that standoff ended peacefully. McCullough said it’s all about knowing what to look for and responding appropriately, which can be different from the normal response.

“Kind of step back, slow down, and actually assess their mental illnesses,” McCullough said. “Where typically we’re go, go, go.”

Gilman said it can be overwhelming for officers to try to work through some of the role-playing, and they’re evaluated by mentors with experience in mental health. While there isn’t necessarily one right answer, the goal he said is to shift the mindset from arresting a criminal toward getting an individual the help they need.

“All we can do is provide the resources, provide the opportunities, to the person,” Gilman said. “And give them every opportunity that is out there to them.”

CIT is offered periodically by different agencies and open for veteran and rookie officers. Gilman said part of an ongoing effort to try to train officers to be prepared for any situation.