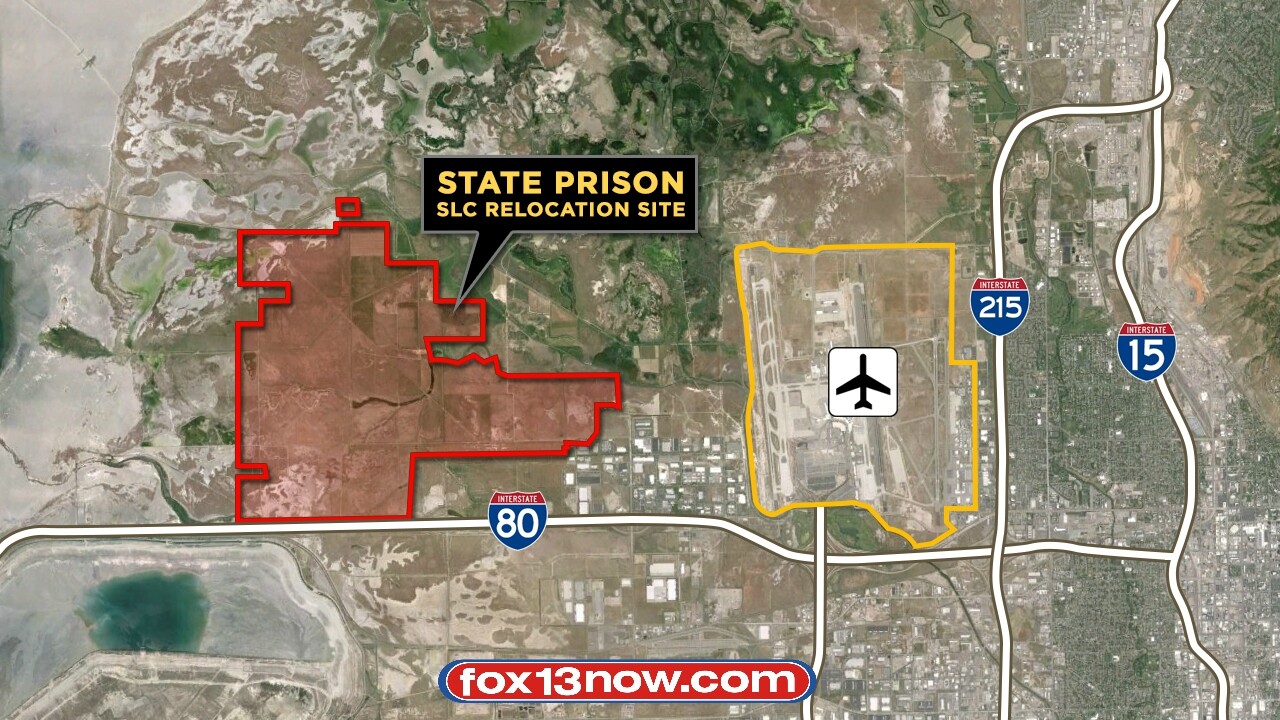 A map of the new Utah State Prison site in Salt Lake City.

SALT LAKE CITY -- Governor Gary Herbert has signed a resolution that authorizes the Utah State Prison to move from its current site in Draper to Salt Lake City.

Speaking to reporters at his monthly KUED news conference, the governor announced his decision calling the Salt Lake City location near I-80 and 7200 West "the best site," but acknowledging no place is perfect. Opponents have raised environmental concerns as well as complaints about it being located on the city's often-neglected west-side.

"It is in a remote location but yet still conveniently located to transportation and access which will make it convenient for volunteers and employees, for access to health care, the courts, the things that a prison needs to have access to," Herbert said. "I think it will have minimal impact negatively to the city of Salt Lake City."

By mid-day Thursday, the governor quietly signed the resolution authorizing the prison to relocate, his office confirmed to FOX 13.

A map of the new Utah State Prison site in Salt Lake City.

The governor pointed to the economic benefits to moving the prison from Draper and a chance to enact criminal justice reforms and rehabilitate inmates with a newer, better prison.

"The site in Draper is surrounded by residential homes," Herbert said. "It's not conducive for a prison site today and if we were starting from ground zero we would not pick that site."

The Utah State Legislature voted overwhelmingly on Wednesday to move the prison from Draper to Salt Lake City. A resolution passed over objections from west side lawmakers, who argued their neighborhoods were being neglected and they already have too many halfway houses, rehab and parole violator centers.

In response, the Salt Lake City Mayor's Office said it was continuing to review its options -- including possible litigation.

"I understand their anxiety about it," the governor told reporters. "I would hope in the spirit of cooperation we can come together with the leaders of Salt Lake City and say this is a remote location which probably has no anticipated development for many years in the future."

Rep. Sandra Hollins, D-Salt Lake City, whose district will include the new prison, said she will support the mayor and city council if they pursue legal action. Hollins told FOX 13 she was contemplating her own legislation to try to block the prison site. The group "Keep It In Draper" said it was also considering a ballot initiative over the next year to try to stop it.

"I'm still determined that I do not want this in my community and I'm still looking at all options," Rep. Hollins said.