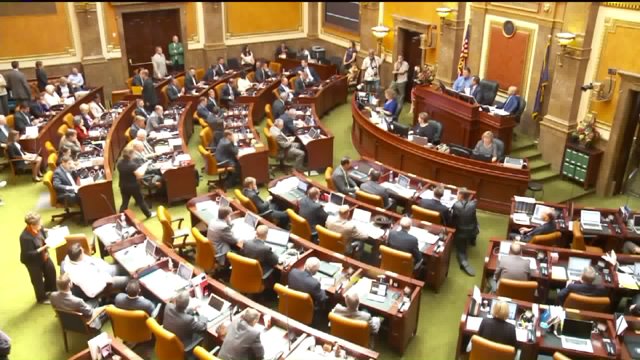 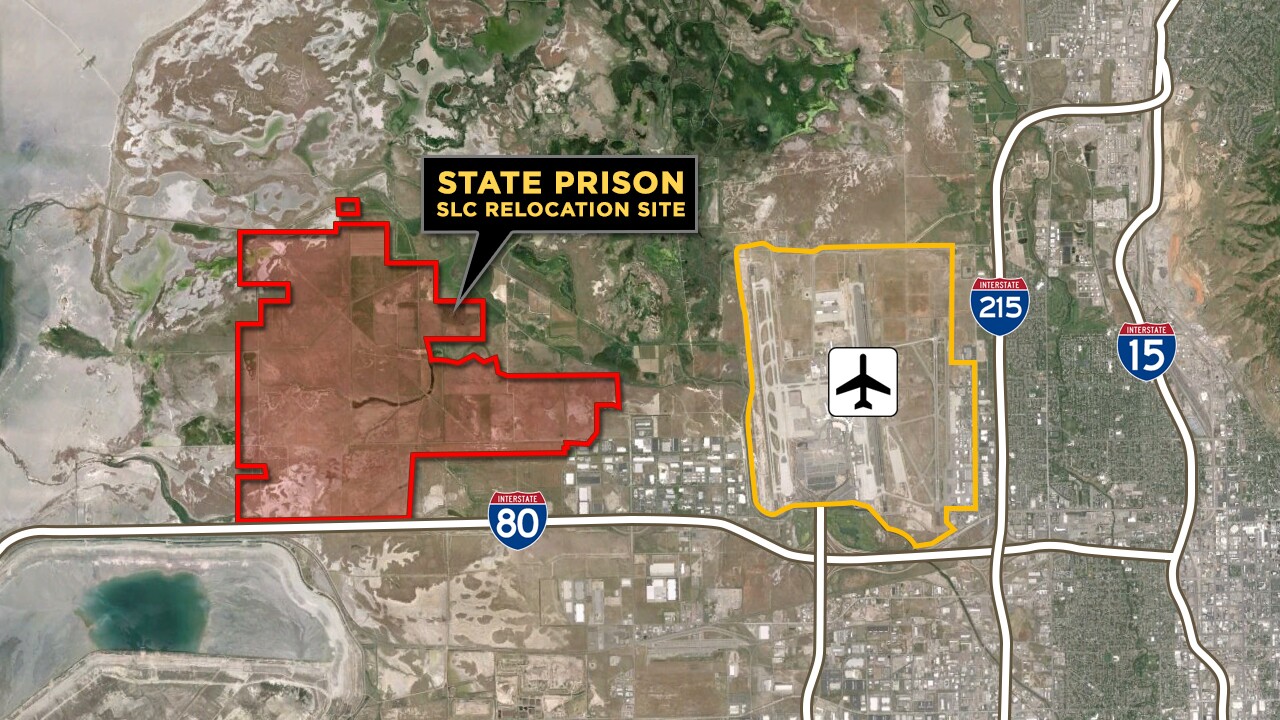 UPDATE: Governor Gary Herbert announced on August 20 he would sign a resolution to move the Utah State Prison to Salt Lake City.

SALT LAKE CITY — Meeting in a special session Wednesday, the Utah State Legislature voted 62-12 to move the Utah State Prison from Draper to an area near I-80 and 7200 West in Salt Lake City.

Lawmakers voted for the prison relocation — but not without some fierce opposition from lawmakers representing Salt Lake City’s west side.

“It’s about building up other communities on the backs of another community!” said Rep. Sandra Hollins, D-Salt Lake City.

She pointed out that her neighborhoods of Rose Park, Poplar Grove and Glendale have more than their share of halfway houses, rehab centers and a 300-bed parole violator center. Instead of getting remodeled fairgrounds, the Utah State Legislature was dumping a prison on them, Hollins said.

“We feel like we’re disposable,” said Rep. Angela Romero, D-Salt Lake City, who also represents some of those neighborhoods.

Rep. Fred Cox, R-West Valley City, pushed a resolution to keep the prison in Draper that was quickly defeated in the House.

See the votes in the House here:

But supporters of moving the prison said it was an opportunity to reinvest in reforms to the criminal justice system and improve conditions for inmates and correctional facility employees. It was also a chance to open up the existing Draper site up for billions in economic development as a "tech hub." Some lawmakers angrily denounced accusations that they would profit from development of the Draper site.

"This is an important issue that we only make every century," said Rep. Brad Wilson, R-Kaysville.

Speaking to her colleagues, Sen. Karen Mayne, D-West Valley, broke with her party and championed jobs and economic development.

"This is the best spot," she said.

Supporters of prison relocation pointed out that the nearest home is six miles away, on the other side of Salt Lake City International Airport.

Senators actually considered going rogue and voting to move the prison to Carbon County. Sen. David Hinkins, R-Orangeville, said he had a landowner with 1,000 acres willing to donate it and they would welcome the prison. Hinkins pushed an amendment to laughter from his colleagues that was quickly voted down.

See the votes in the Senate here:

The votes means the resolution to relocate the prison now goes to Governor Gary Herbert for his signature. The governor's office said late Wednesday he would review it and make a decision. After that, Rep. Wilson (who co-chaired the Prison Relocation Commission) said they would get to work on buying land and building a prison.

The Salt Lake City site is expected to cost as much as $150 million to get the land ready and another $550 million to build a new prison.

Prison relocation opponents vowed not to give up. Stephanie Gricius, the founder of "Keep It In Draper" said that the legislative supermajority made it so they could not get a ballot referendum, but she said they could do signature gathering to try to get it on a ballot as an initiative. Salt Lake City has also threatened a lawsuit.

In a statement, Mayor Ralph Becker and the Salt Lake City Council expressed their displeasure with the votes.

Mayor Ralph Becker and the Salt Lake City Council are extremely disappointed by the Utah Legislature’s decision Wednesday to relocate the prison to Salt Lake City without adequately exploring or addressing the myriad and serious concerns and issues associated with this site.  This decision demonstrates a disregard for the residents of Salt Lake City, and will continue to overburden the west side of our community with a hugely disproportionate share of the state’s correctional facilities.

As the consultant’s study has confirmed, the Salt Lake City site is the most expensive and most challenging site for construction of a prison.  Based upon the City’s detailed analysis, the Legislature has formed a decision based on seriously underestimated costs for extending roads and utilities to the site.  In addition, the state’s own research results verify that the site under consideration contains soft and collapsible soils, extending as far as 125 feet below the surface.  Given the high water table in this area, the costs required to build on this quicksand-like soil will be significant, and the actual costs for the prison facility may be as much as $30 million higher than those projected.

The state’s analysis also failed to address any of the additional expense (which could exceed $100 million) and potential delays associated with the environmental issues that exist in this area.   Furthermore, the Legislative Fiscal Analyst greatly overestimated the projected operational savings because the 50-year projections were built on the basis of current conditions and failed to account for any of the changes that will occur over that the next five decades that would impact those costs.

Following today’s decision, Mayor Becker and the Council will continue to explore all of the options available to oppose this decision, including the consideration of any available political and legal remedies.

Rep. Hollins said she would consider a bill to try to block the prison relocation when the legislature meets in January. House Speaker Greg Hughes, R-Draper, said he did not believe bills like that had much hope in the legislative session.