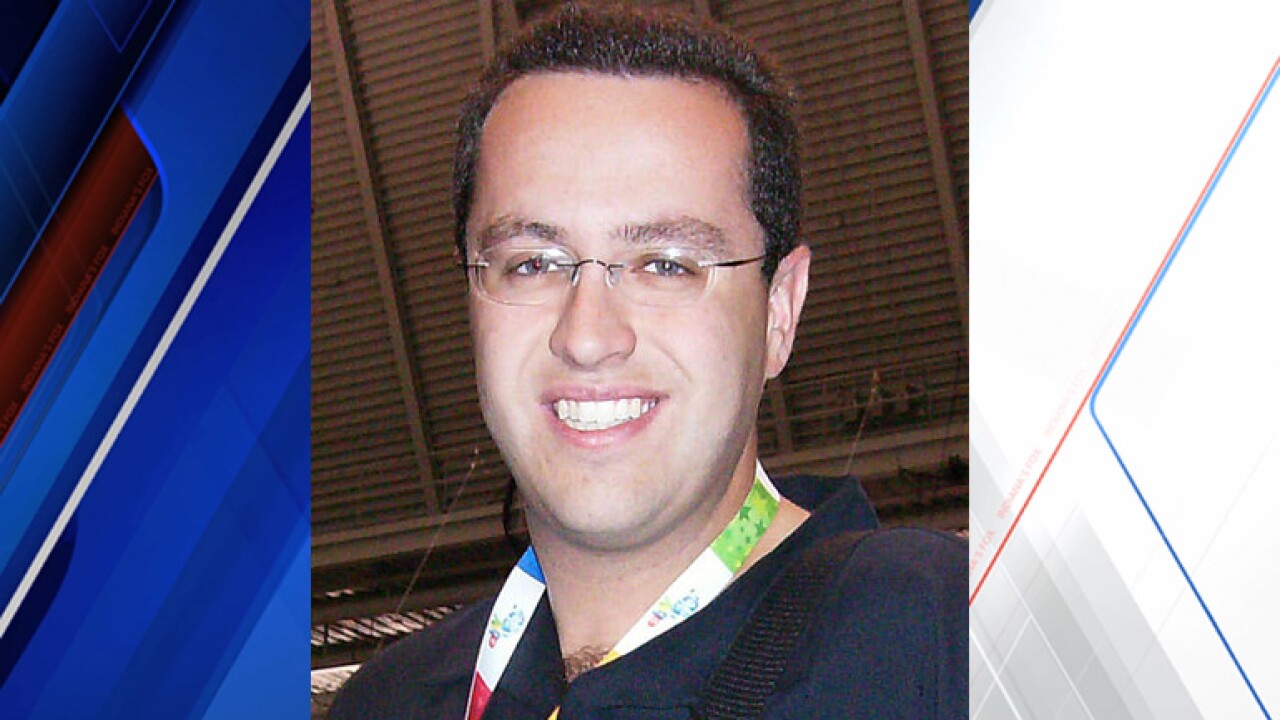 INDIANAPOLIS, Ind. — Jared Fogle, the former Subway spokesman, is expected to plead guilty to possession of child pornography charges, according to WXIN.

The U.S. Attorney’s Office will hold a press conference on Wednesday afternoon to discuss the deal and charges against Fogle.

FBI sources said investigators were serving warrants at his home in connection with a child pornography investigation.

Several computers and DVDs were seized from Fogle’s home.

Earlier this year, Russell Taylor, the former director of the Jared Foundation started by Fogle, was arrested in a child pornography case.

He was accused of possessing and producing child pornography.

Investigators said a search of Taylor’s home turned up more than 500 videos with images of child pornography.

In May, Taylor unsuccessfully tried to kill himself while in jail.

He was a freshman at Indiana University at the time.

He later became a visible presence in Subway ad campaigns, pitching the restaurant’s sandwiches and touting their health benefits.

Subway suspended their relationship with the spokesman shortly after the raid.