Actor Emile Hirsch pleads guilty to assault at Sundance, gets 15 days in jail 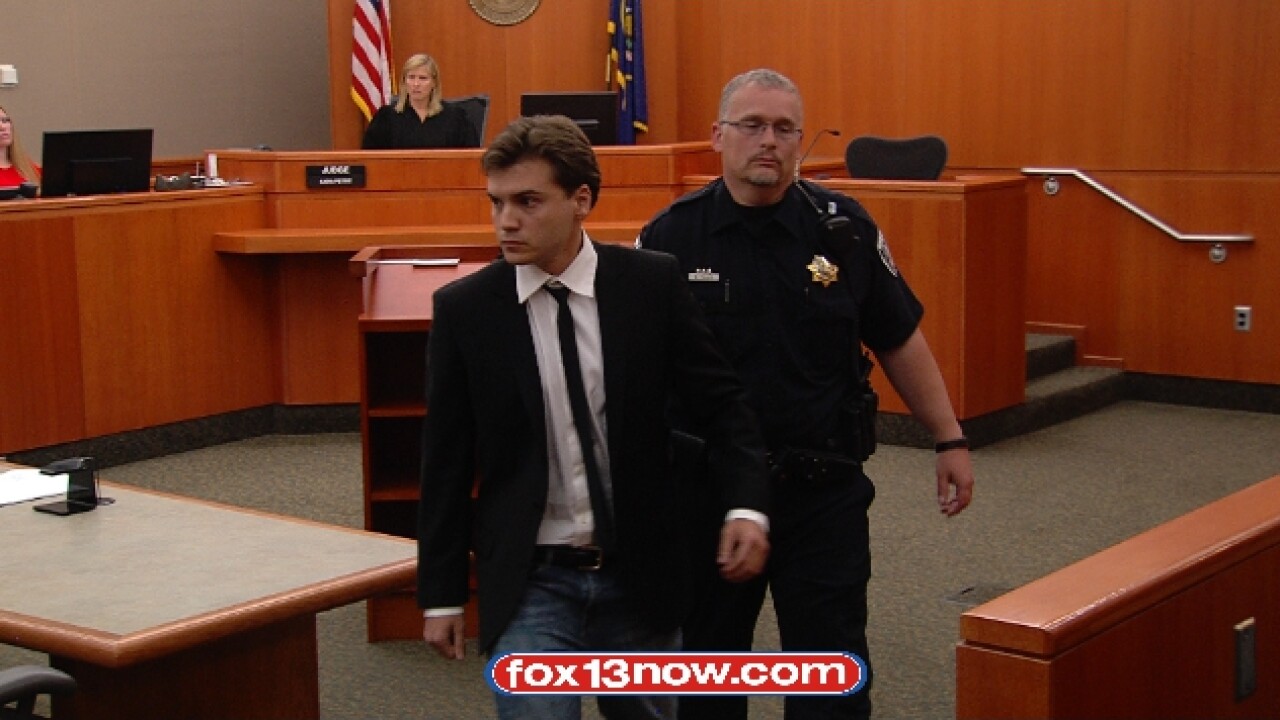 Actor Emile Hirsch is escorted to jail after being sentenced for an assault during a party at the Sundance Film Festival.

SILVER SUMMIT, Utah -- Actor Emile Hirsch has begun serving 15 days in jail after striking a plea deal with prosecutors over an attack on a woman during a party at the Sundance Film Festival in Park City.

Appearing before a judge here on Monday, Hirsch pleaded guilty to class A misdemeanor assault. It was a reduced charge from the third-degree felony aggravated assault and class C misdemeanor intoxication charges he faced -- and if he complies with the terms of his sentence, the entire case will be wiped.

"There’s absolutely no excuse for what happened. I had drank an enormous amount of alcohol and I can’t really recall exactly what happened or even why it happened," Hirsch told the judge. "But I know that it was completely wrong and reckless and irresponsible and just plain wrong. I’m truly sorry for what I’ve put her through."

Hirsch was charged after an attack on a Hollywood executive during a party Jan. 25 at the TAO nightclub. The venue was hosting a party during the Sundance Film Festival.

According to charging documents, Hirsch approached the woman and asked why she looked "so tough" and called her a "rich kid" who should not be at the Sundance Film Festival. The woman said she pushed him away and then left to sit next to her friends.

The woman alleged Hirsch came up behind her, wrapped his arm around her and put her in a chokehold. Summit County prosecutors said he pulled her across a table and onto the floor, where he was on top of her.

"With the full force of his weight, he choked me until I blacked out. It took two people to pull him off of me," the woman said in a letter sent to the court and read aloud.

In her letter, the victim stated that she was unhappy with the deal and believed Hirsch was getting off easy.

"Quite simply, this punishment does not fit the crime," she said.

Hirsch insisted in court that he did not remember what happened. Prosecutors said he acknowledged drinking heavily and taking some medications with may have interacted with the alcohol.

"I immediately checked myself into a rehabilitation program in Utah for 36 days. It was inpatient and I was able to get a new perspective and be sober and get cleaned up," Hirsch told the court.

Summit County prosecutors offered the "Into the Wild" star what is called a plea in abeyance, meaning that if he complies with the terms of his sentence the conviction can be dropped and his record expunged. They acknowledged in court it would have been difficult to secure a conviction against Hirsch on the felony charge.

"Mr. Hirsch did something inexcusable. He should pay a price," Summit County Attorney Robert Hilder said.

Judge Pettit ordered Hirsch to serve his 15 day sentence immediately. He was escorted to the Summit County Jail to begin serving the sentence.

"We didn’t have a remedy to satisfy (the victim) but she has been very reasonable and respectful," Hilder told FOX 13 outside of court. "I was very happy to hear Mr. Hirsch in what I think was a sincere apology and acceptance of responsibility."