U of U studying shifting stability of Utah’s iconic arches 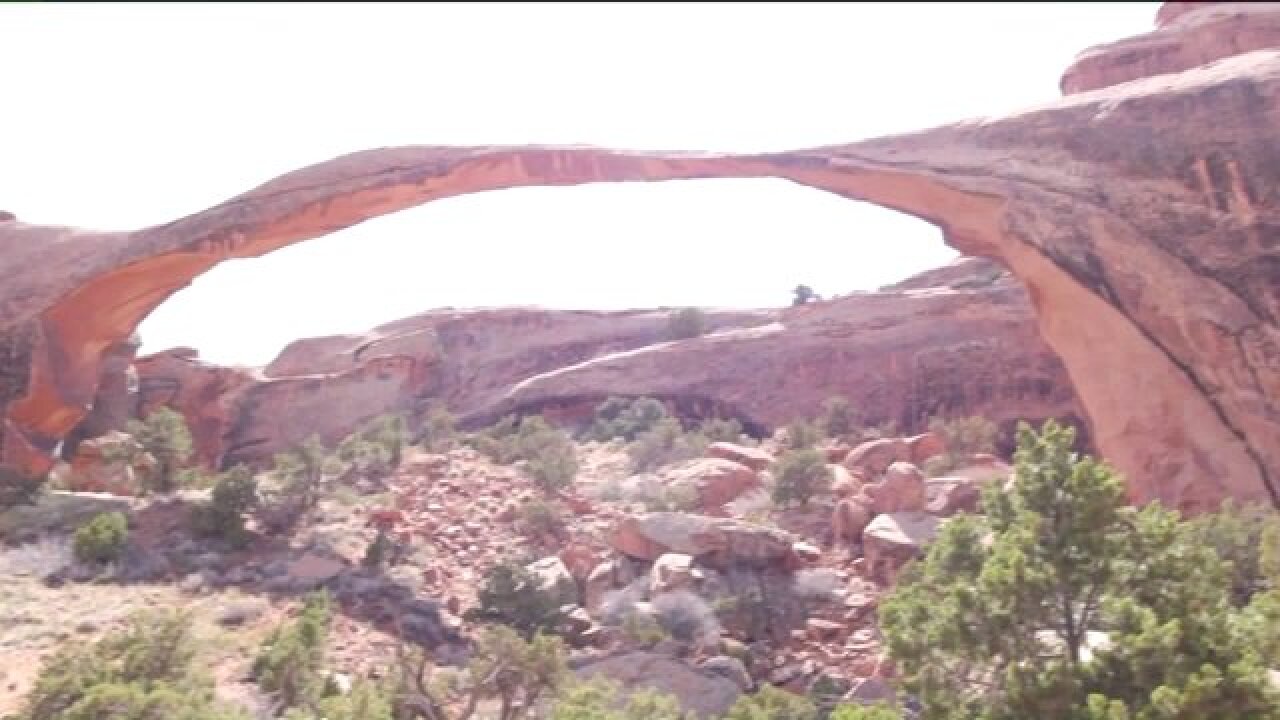 SOUTHERN UTAH -- The red rock arches of southeastern Utah attract visitors from around the world. The majestic structures have stood for thousands of years, but they could possibly collapse over time.

"They have this sort of stoic appearance there, they're standing the test of time, out in the desert,” said Dr. Jeffrey Moore, an assistant professor of geology and geophysics at the University of Utah.

But, in reality, Utah's rock arches are constantly moving—just at such a slow pace the naked eye can't observe the motion as it happens. Researchers at the U of U are measuring that movement with the help of a device the size of a coffee cup.

“We take our seismometer, and we simply set it there on the arch, then we leave it there for a minimum of an hour, and maximum it could be left there for several days, and we just set it there and record data,” Moore said.

The broadband seismometers are temporary, so they require no drilling and aren't anchored to the stone.

The machine measures resonant vibrations--or how the arches respond to environmental changes like rainfall and temperature swings.

The team has studied ten arches in Utah with the goal of establishing a baseline of movement.

"We honestly don't know at what rate things will change in this environment, it could happen very slowly,” Moore said. “In that way, it's important to be able to come back ten years from now and be able to repeat that measurement."

If something changes, like a new crack in the arch or the growth of an existing crack, the bulk resonance properties will change.

Ring Arch partially collapsed in the spring of last year, and since 1991, three slabs of sandstone have fallen from the thinnest part of Landscape Arch.

It’s the longest of the arches in Arches National Park, and the falling slabs forced the park to close the trail that once passed beneath it.

Moore said arches can collapse, even without an apparent trigger—like an earthquake, a big rainfall or extreme temperature swing.

The researchers hope their work will help remove some of that unpredictability. The team has studied ten arches, including Delicate, Landscape, Corona, Double O and Mesa arches.