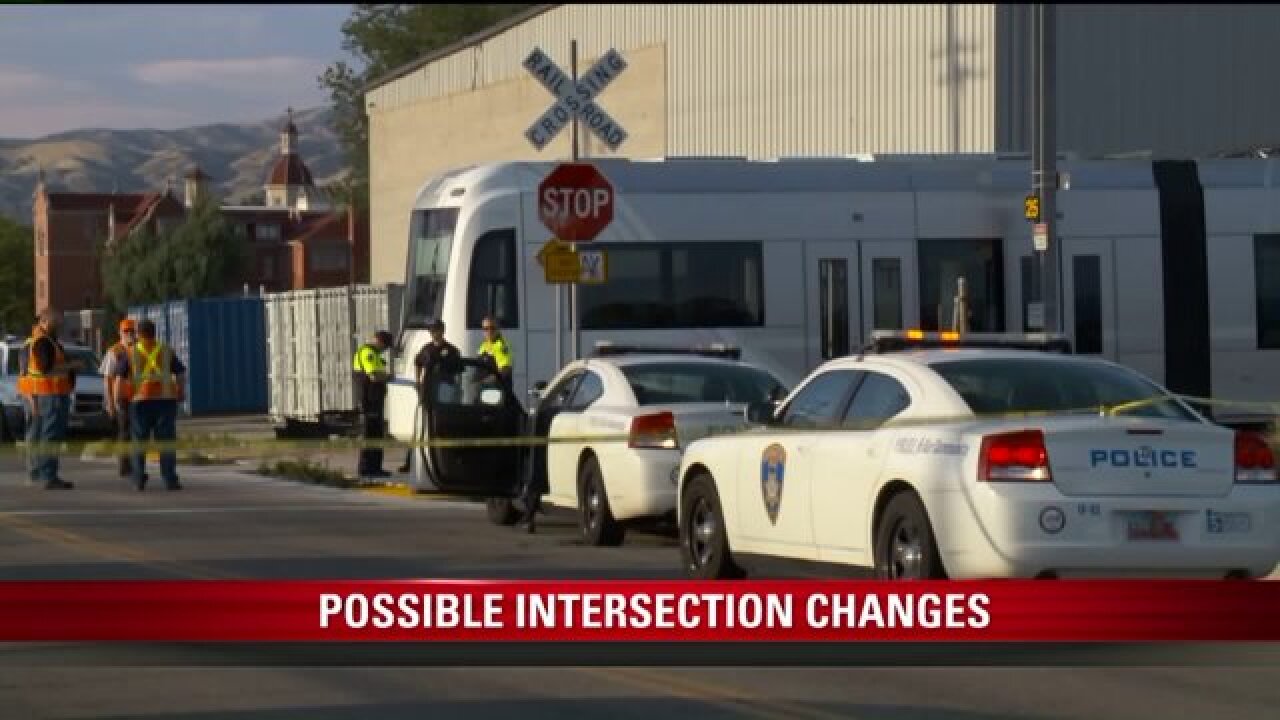 SOUTH SALT LAKE -- The city of South Salt Lake will be discussing possible safety enhancements to a streetcar crossing at 400 East 2200 South, where a Salt Lake City couple was killed on Friday in a collision.

Ryan Gold is the South Salt Lake City Councilman for District One, which includes the area where the crash occurred, and he said ever since the S-Line was installed a few years ago, residents have complained that a stop sign isn't enough to protect drivers.

There are 12 crossings along the S-line, which runs from 900 East to West Temple. Out of those 12, nine of them have traffic signals and three have stop signs.

One of those crossings with only a stop sign is on 400 East, which is where Raymond Benally and his girlfriend Jessalyn Heaton were killed when their black Audi was hit by the streetcar. The couple was expecting a baby. The victims’ families wants to know why this crossing didn't have a traffic light or at least an arm that comes down.

"Our civil engineer explained the reasoning why, and it was because of the low amount of traffic, the traffic studies that were performed, being a dead-end street,” Gold said of the issue.

Gold said the residents’ concerns have always been justified, and this accident proves it.

"It's a horrible thing for anybody to lose their life, especially on something that has been questioned," he said.

Gold said changes could be possible at the crossing.

"It's very frustrating because it shouldn't get to that point, but, unfortunately, this did happen and hopefully we can get something resolved to make this a safe crossing,” he said.

According to Gold, South Salt Lake invested $5 million in the S-Line. He said that's too much money to spend without a guarantee their residents are experiencing the maximum when it comes to safety.

"This incident will be discussed at the next city council meeting,” Gold said.

South Salt Lake won't be able to do anything on their own--they will ultimately have to work with the Utah Transit Authority regarding any possible safety enhancements to the crossing. FOX 13 News has reached out to UTA for comment on this story, but UTA has been unavailable for on-camera interviews all weekend.

Officials with the South Salt Lake Police Department said they extend their sympathies to the families of those who died and said it is tragic when a loss of life occurs, but they said as long as people follow the rules of the road and obey posted signs, there is no reason they should be involved in an accident of this kind.