Plume from mine spill can’t be found in Utah river 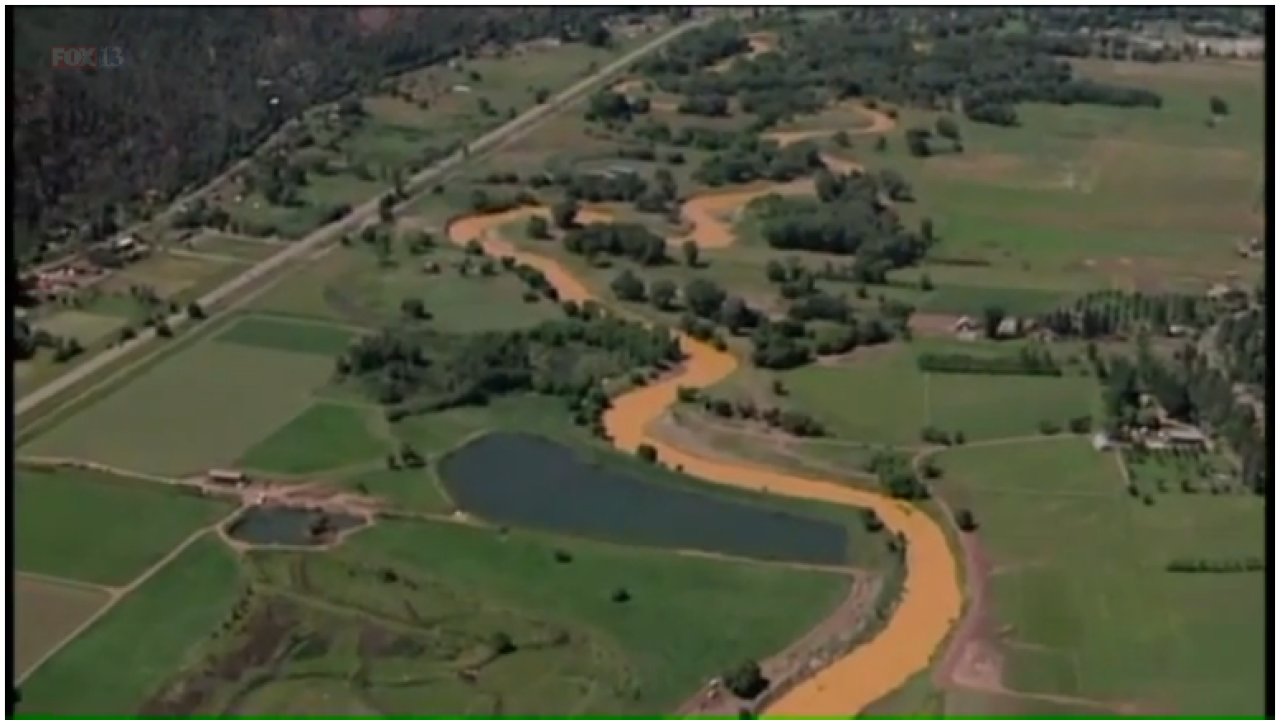 SALT LAKE CITY -- A plume of toxic sludge from a Colorado gold mine clean-up is believed to be in southeastern Utah, but it cannot be spotted.

State regulators have said so far, the massive, mustard-colored plume of toxic sludge hasn't been visible in the San Juan River, citing the turbidity of the water.

The Utah Department of Environmental Quality said it has several locations along the river to monitor for the millions of gallons of waste from the Gold King Mine that spilled into the Animas River. However, it appears the chemicals are being diluted.

"At this point, because it's being diluted it's not the bright orange that we've been seeing from the beginning of the spill," said Donna Spangler, a spokeswoman for the DEQ.

Water samples will confirm whether or not the toxic sludge has made it into Utah as it goes from the Animas River to the San Juan River and eventually into Lake Powell. The plume was supposed to arrive Sunday and so far, nothing. Spangler said the turbidity of the river -- in which the cloudiness is a measurement of water quality -- has made it difficult to detect.

A map showing the path of the toxic plume from the Animas River to Lake Powell.

"It doesn't seem like it's really dangerous levels or unhealthy, but again we're closely monitoring it and making sure it doesn't affect any of the drinking water samples," Spangler said.

Out of concern, the state has urged people to stay out of the San Juan River. The Navajo Nation has shut off access to the drinking water from the river. San Juan County officials trucked water to Montezuma Creek on Monday for people to get drinking water.

The spill happened last week during a mine clean-up operation overseen by the Environmental Protection Agency. More than 3 million gallons of chemicals went into the Animas River.

In a statement Sunday, Navajo Nation President Russell Begaye said they would sue the EPA for the spill.

"The EPA was right in the middle of the disaster and we intend to make sure the Navajo Nation recovers every dollar it spends cleaning up this mess and every dollar it loses as a result of injuries to our precious Navajo natural resources," he said in the statement. "I have instructed Navajo Nation Department of Justice to take immediate action against the EPA to the fullest extent of the law to protect Navajo families and resources."

See an announcement from the Navajo Nation President on water quality concerns:

Utah's DEQ has begun keeping track of its resources in the event the state decides to seek reimbursement from the federal government.

Meanwhile, environmental activists have begun staging demonstrations against mining operations in eastern Utah -- pointing to the Animas River spill. Four were arrested on Monday for blockading access to U.S. Oil's mine in the Book Cliffs that shut down operations for much of the day.

"The Animas River disaster should be a reminder to all of us that future generations will reap what we sow," said Jesse Fruhwirth with Peaceful Uprising, the group organizing the demonstration.

A demonstrator at U.S. Oil Sands' mine in eastern Utah is arrested by police in this picture provided by Peaceful Uprising.

Pictures given to FOX 13 by Peaceful Uprising showed people sitting atop tripod-like structures in the middle of roads, making them impassable for equipment to the mine. Several police agencies responded to the demonstration. Using a cherry picker, officers were able to take some of the protesters into custody.

"This is a hundred year old gold mine that we still don't have the faintest idea how to solve," Fruhwirth said. "And companies like U.S. Oil Sands and the state of Utah propose opening a whole new era of these time bombs of ecological disaster."

A demonstrator atop a tripod like structure blockades access to U.S. Oil Sands' mine in eastern Utah in this photo provided by Peaceful Uprising.