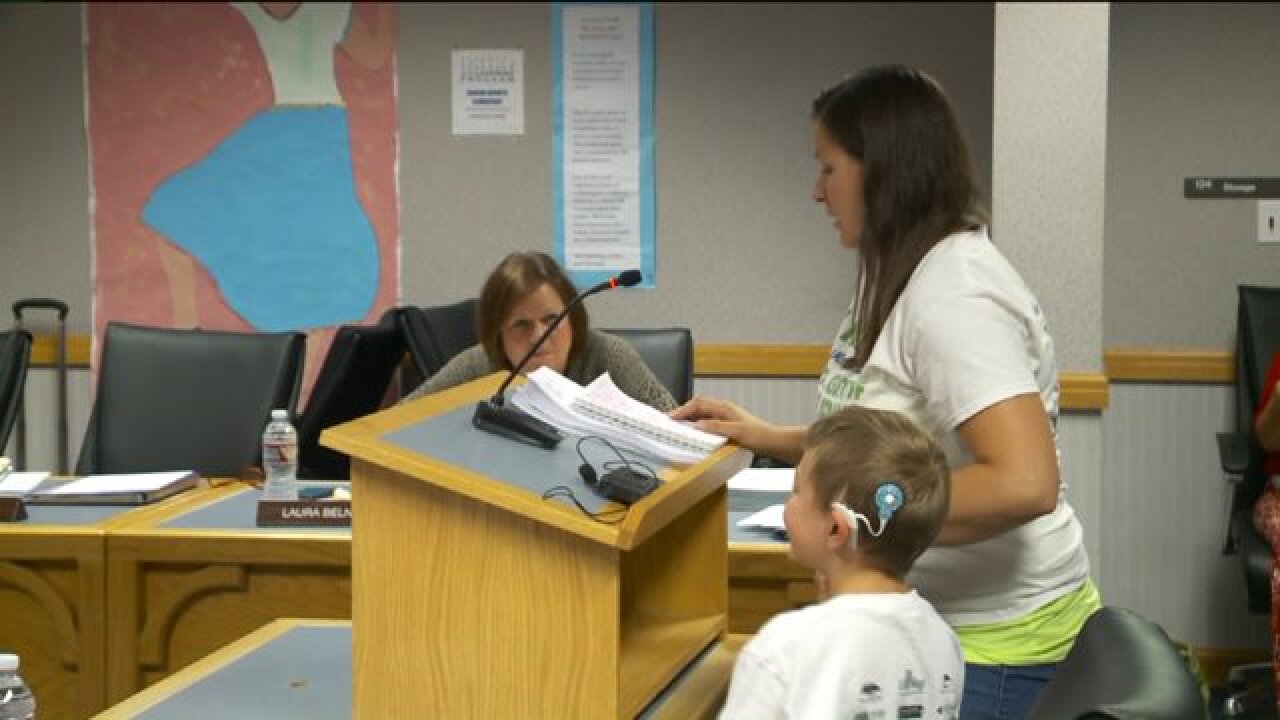 SALT LAKE CITY, Utah – A group of parents is upset they’ll have to look for another preschool for their children who are deaf or hearing impaired.

Sound Beginnings is funded by the Utah School for the Deaf and Blind, but this year the school is being forced to operate without their financial backing.

Parents drove from Logan to Salt Lake City with their little ones to weigh in on their future at the State School Board meeting. They packed the room carrying signs and wearing T-shirts showing their support for Sound Beginnings.

The preschool operates out of Utah State University in Logan. Children with permanent hearing loss are taught how to listen and talk. But they may have to go elsewhere, after the Utah School for the Deaf and Blind decided to pull funding.

Parents like Jackie Hendricksen voiced their frustration to board members. She said her son, Bear, has flourished while at Sound Beginnings.

“We took every penny we had, moved to Logan," Hendricksen said. "My husband commutes 3 hours a day just so Bear can have the most appropriate services."

Jessica Hoffman was emotional as she took the podium with her son, who also attends Sound Beginnings.

“Sound Beginnings has been there for us. Please consider the future generation,” Hoffman pleaded.

Sarah Menlove Duerte has a 4-year-old daughter named Daisy who is deaf. She said she’ll have to decide whether to keep her daughter at Sound Beginnings or enroll her in another school funded by USDB.

“They're planning on them working with her starting August 24th, here we are August 7th and I have yet to meet those people or speak with them or even know who most of them are,” Duerte said.

Utah School for Deaf and Blind is in charge of funding all deaf programs in the state. They said they spend more money contracting with Sound Beginnings than on other programs. Dr. Lauri Nelson, a manager at Sound Beginnings, said that surprises them.

"We don't understand, we're confused by their assertion," Nelson said. "This is the reason we have asked for an independent panel to look at our costs and USDB costs and makes some determinations that way."

“To say that USDB has pulled funding from Sound Beginnings is really an unfair characterization," he said.

He spoke for nearly 30 minutes and was interrupted several times by angry parents.

Jackie Hendricksen shouted, “excuse me, do we all get extra time? Is that an option?"

A board member told her she was out of order and to sit down.

She replied: “OK, I just wanted to make sure that his time is far beyond up.”

Jackie started an online petition in hopes that the board will call a special hearing where parents can voice their concerns. So far, she has more than 2,000 signatures. For more information, visit the "Save Sound Beginnings" Facebook page.