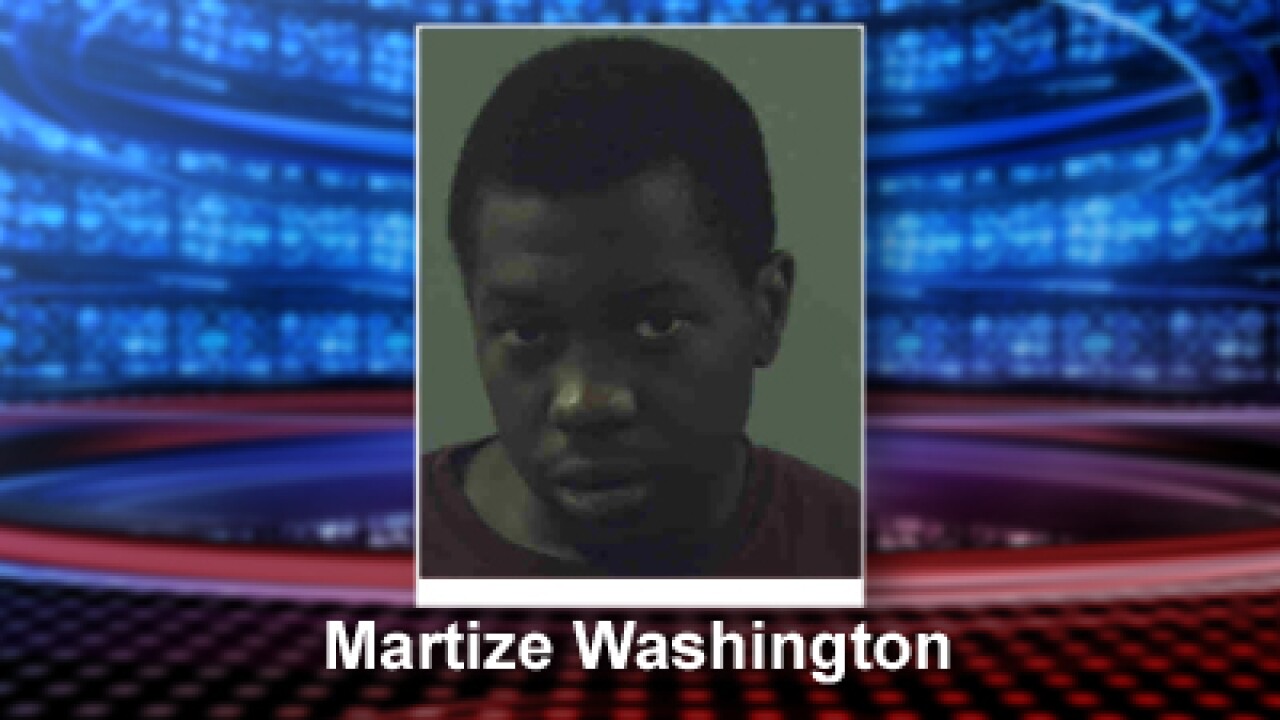 NORTH OGDEN, Utah — A 20-year-old man was taken into custody in connection with the rape of a 12-year-old girl in North Ogden last week, police said Monday.

At about 2:45 a.m. on July 30, North Ogden police responded to a report of rape that occurred behind a business in the area of 2550 North and 400 East. A 12-year-old girl reported being raped by Martize Washington, according to a press release from North Ogden Police Department.

Prior to the alleged incident, the release states, the girl knew Washington through a mutual friend and had been communicating back and forth with the man through social media.

At about 11 p.m. on July 29, the release indicates Washington invited the victim to meet him at an Ogden motel.

The girl said no. According to the release, the victim agreed to meet him at a business in North Ogden.

“Upon meeting, Washington used a rouse to lure the female to the back of another business,” the release states. “They walked to the rear of that business, where Washington reportedly raped the female.”

After the assault, the victim told police she ran home and told her mother what happened.

Her mother then took her to McKay Dee Hospital.

Washington was found at Motel 6, 1455 Washington Blvd., in Ogden on Aug. 1. He was taken into custody without incident.

The release states Washington was found in possession of drug paraphernalia.

Washington was later booked into Weber County Jail on charges of rape of a child, a first-degree felony, and possession of drug paraphernalia, a class B misdemeanor.