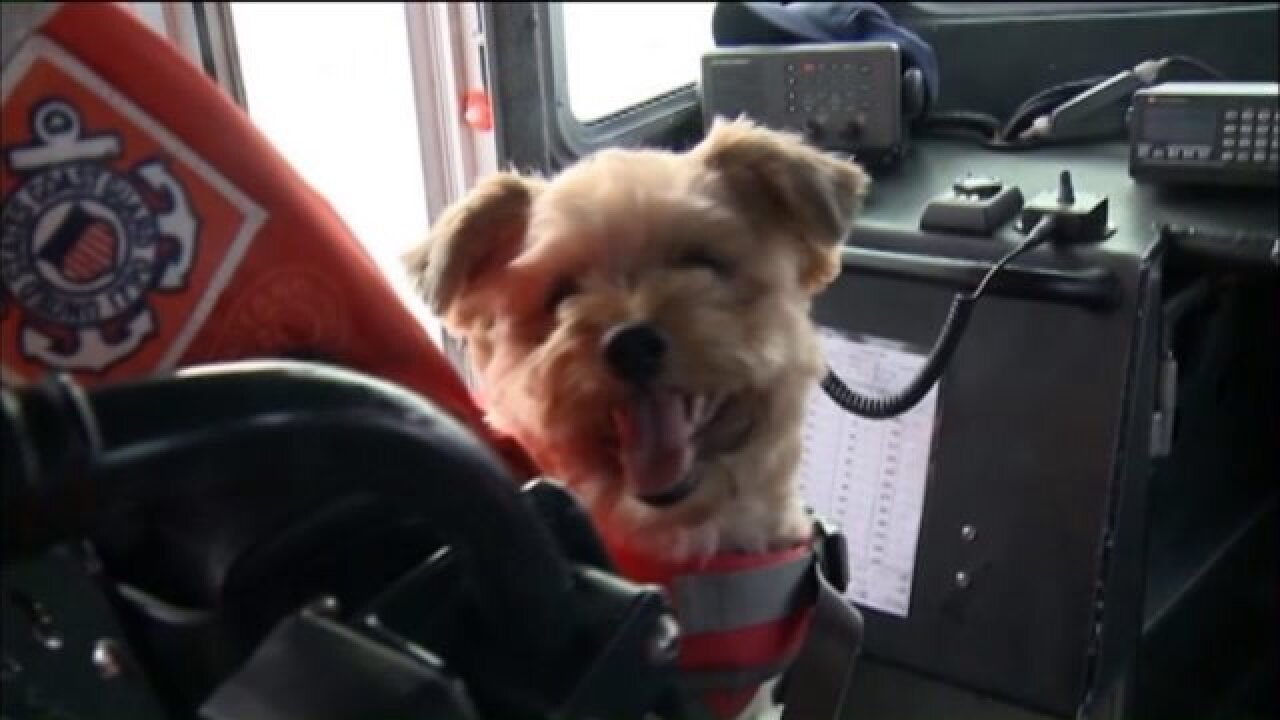 MILWAUKEE -- A dog named 'Barnacle' is on his way to becoming an official member of the U.S. Coast Guard in Milwaukee, and the animal was previously living on the streets.

Barnacle is a 2-year-old terrier mix who now lives at a Coast Guard station in Milwaukee. Last summer, Petty Officer Anthony Kaminski's wife spotted the dog wandering the streets in south Florida where the couple was stationed. After searching for weeks, the couple was unable to find a home for the dog so they decided to adopt him.

Then, late last year, the Kaminskis were relocated to Milwaukee, where Barnacle has now become the station's official mascot. Barnacle likes to play at the station and get out on the water with the Coast Guard, see the video above for details.