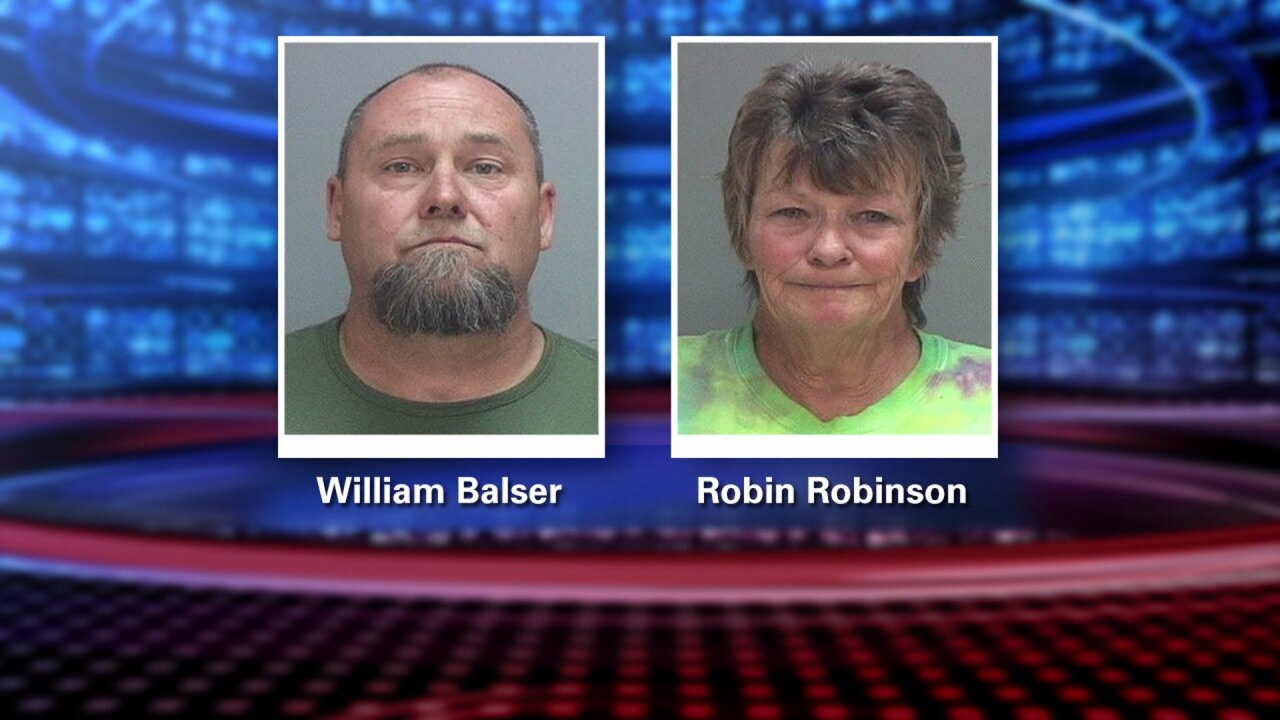 WEST VALLEY CITY, Utah -- To their next door neighbor in a duplex near the corner of 3840 West and 4480 South, they were known as Bill Peterson and Lisa Lynn Daniels, a couple that cared for others.

"There was four kids over here, that the mom was on welfare, we bought four brand new bikes for those kids," said David Klemczak, the neighbor in the other half of the duplex.

What David didn't know, and what none of the neighbors seemed to know, is that Bill Peterson and Lisa Lynn Daniels were really William Lloyd Balser and Robin Robinson, a pair featured on the TV show "America's Most Wanted."

Police in Monteca, California had tried to arrest the pair in 1998 for child molestation charges, including unlawful intercourse with a child, lewd acts with a child, and continuous sexual abuse of a child.

Investigators say Balser used brute force and intimidation to commit his crimes on multiple children and Robinson did nothing to stop the abuse. She fled with him in 1998, leading investigators to look into possible sightings in several states.

At one point, investigators say Balser called, leaving a message and taunting "...they would never catch him."

"I turned my news on this morning, and I'm like 'my God, what?'" said Klemczak upon learning that his friend and neighbor had been arrested.

Monteca police and the U.S. Marshals office are still investigating, working to learn how the couple evaded capture for so long. When asked about the aliases the couple used and if the identities were stolen, a Monteca police sergeant said they could not comment on that part of the investigation.

It was a nearly 20-year investigation that came to an end with the long-wanted fugitives behind bars in Salt Lake City, awaiting extradition to California.