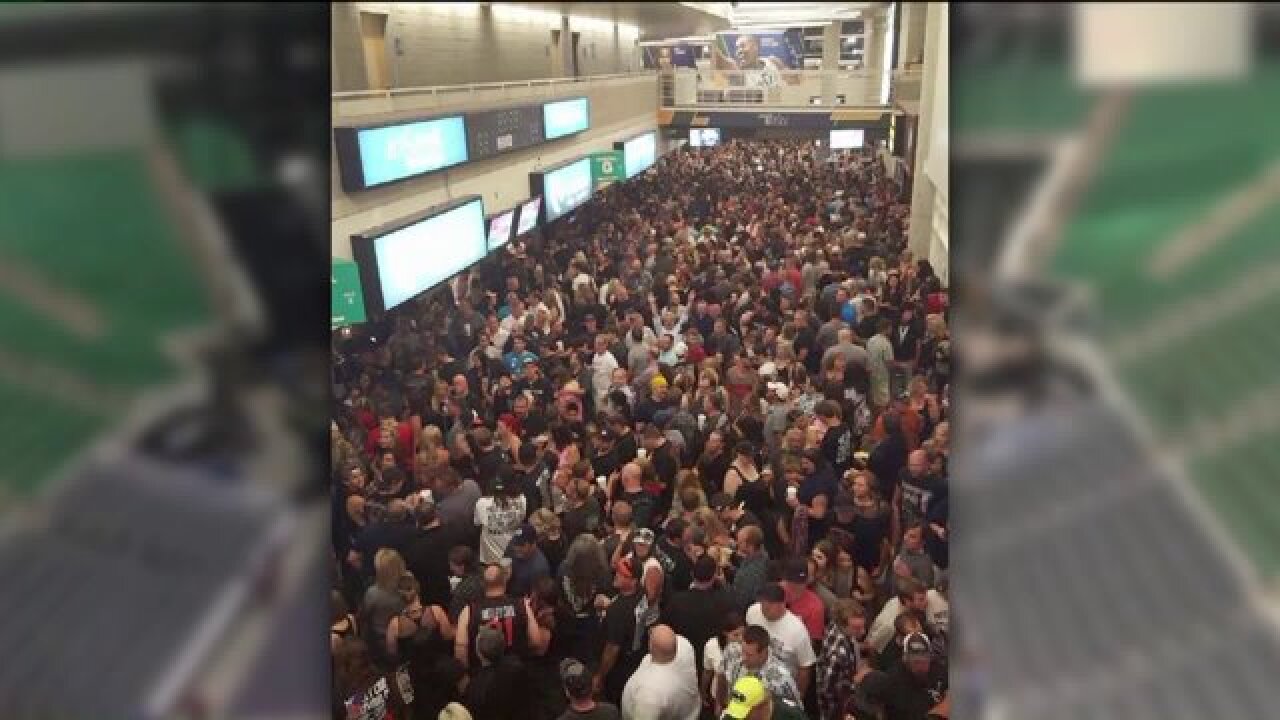 SALT LAKE CITY -- Thousands of fans in Salt Lake City were upset Wednesday night when a concert featuring Mötley Crüe with special guest Alice Cooper was delayed for hours beyond its scheduled start time, and a spokesman for the arena said the company hired to set up the stage didn't have enough qualified personnel on hand to complete the work.

Fans took to Twitter to vent about the delay and a few called the FOX 13 newsroom saying they were stuck waiting outside the arena with limited access to water.

Energy Solutions Arena manager Zane Miller tells FOX 13 News they had to delay opening the doors due to unexpected technical problems. He said they had been handing out free bottled water to waiting fans.

Nikki Sixx, co-founder and bassist for the band, tweeted his displeasure and stated they planned to play their full show once the concert finally began.

SORRY FOR THE DELAY. THIS BUILDING DID "NOT" HAVE THEIR ACT TOGETHER TODAY.WE WILL HAVE 100% OF OUR SHOW LATER. 🔥 https://t.co/b7j4BGNXYr

Fans were still gathered at the doors after 9:40 p.m. The show was scheduled to start at 7 p.m.

@BenWinslow @fox13now Here is a better picture of the crowd STILL waiting to get in to The Motley Crue concert. pic.twitter.com/enmurIdRm4

The fan who tweeted the photo above said just before 10 p.m -- nearly three hours after the scheduled start -- the doors were being opened and fans were being allowed inside.

Other fans tweeted that even when they were finally admitted, chairs were still being set up.

It's about F*cking time! They don't have the seats set up on the floor! Someone needs to get fired! @ESArenaOfficial pic.twitter.com/4jjDjKpqJw

One fan told FOX 13 News he left work early to travel from Blackfoot, Idaho, for the show and still had to drive home after the show ended so he could be at work at 7:30 a.m.

An ESA spokesperson said their arena was ready, but the local company hired to get things ready, United Concerts, was not.

"The unfortunate situation that caused the delay was due to the concert rigging--the sound, the video boards, the lighting--was not in place in a timely enough manner," Frank Zang, an ESA spokesman said.

"The ability to find quality workforce that have experience in hanging rigging from these heights was limited, that pushed back some of the installation," he said.

FOX 13 News has reached out to United Concerts for comment and will update this story with their statement should they respond.