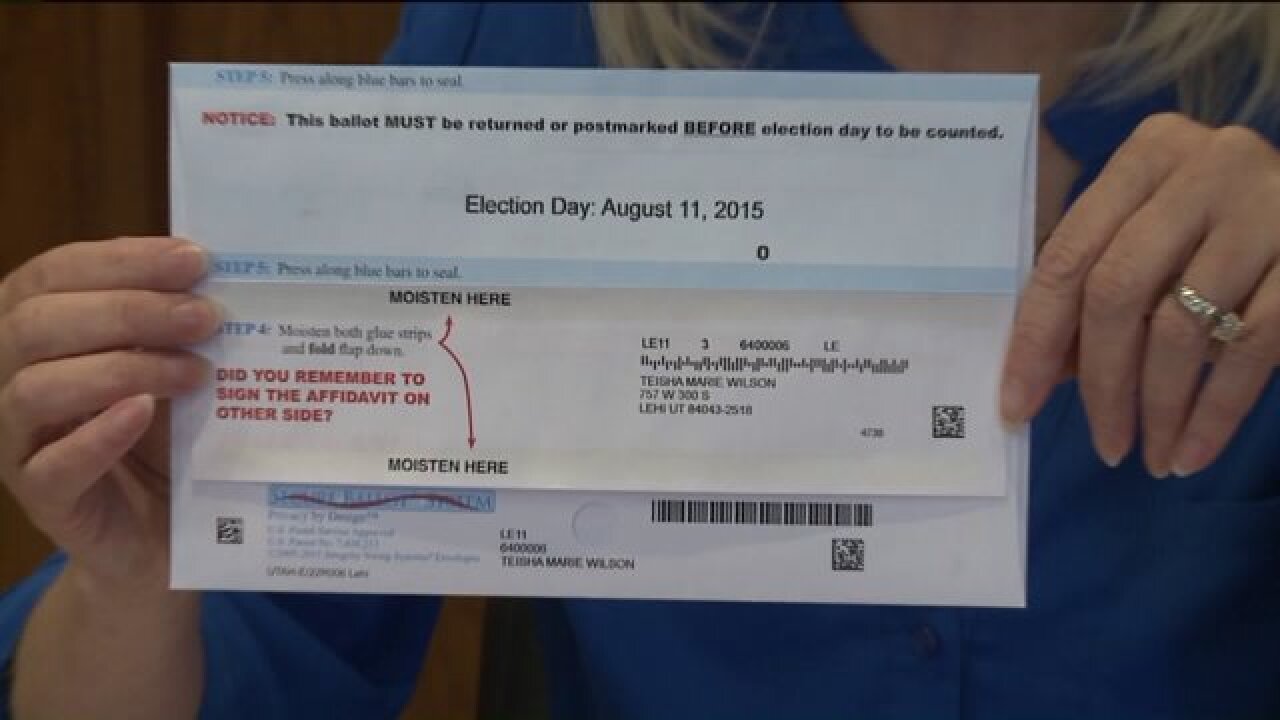 SALT LAKE CITY – Many cities in Utah have opted for mail-in voting in their municipal elections this year. While some cities have seen success in the past, the Salt Lake County Election Office is working out some kinks with duplicate ballots being sent out.

“If someone registers with a different name or whatever, they could possibly receive a duplicate ballot,” said Salt Lake County Clerk Sherrie Swensen.

Swensen reminds anyone who receives a duplicate ballot to only vote once, as duplicate voting is considered a class A misdemeanor and is punishable with up to one year in prison.

“We go through the very labor-intensive efforts of verifying each signature on that affidavit against the voter’s voter registration record signature,” she said.

The City of Lehi is joining dozens of other cities in Utah that have opted for voting by mail in their municipal elections this year.

“Our voter turnout is typically about 12 percent,” said Teisha Wilson, deputy city recorder with Lehi City. “We’re hoping to double that, to at least 24 -25 percent, maybe even more. We can always hope.”

Lehi City Recorder Marilyn Banasky explained their election ballots require signature verification before they can be processed. If the signature doesn’t match the signature on the person’s voter registration, the vote doesn’t count and the person is contacted.

“The important part is that they sign this affidavit,” Banasky said, explaining the ballot. “We then check that through the voter registration records to ensure that that signature matches.”

She said the ballots are also placed in a separate, secure envelope so the person’s vote can be confidential and counted separately after the signature is verified.

“So every ballot is verified that it is that person that actually voted that ballot,” Banasky said.

The Salt Lake County District Attorneys Office also reminds voters that voting on behalf of another person or registering under a different person’s name is a third-degree felony, punishable with up to 5 years in prison.

Voters have until August 10 to mail in their ballots. They must be postmarked by the 10th to be counted.Voters can also drop ballots off at their local election office.

Voters in ballot-by-mail cities who want to vote at the polls will still have the opportunity to do so on election day.