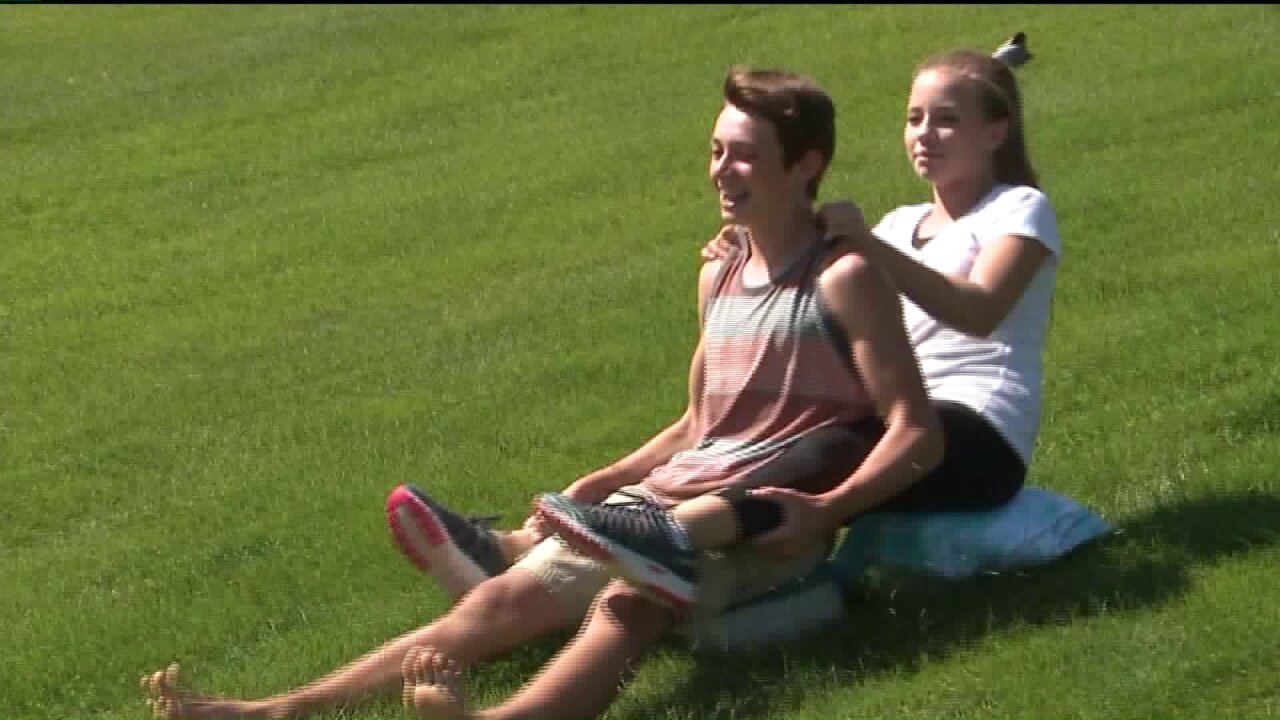 SANDY, Utah -- Ice blocking and slipping and sliding are two of the more popular activities you will see at parks around Utah in the summer.

However, in Sandy both of those activities are banned at public parks for a number of reasons, including safety and destruction of property.

“So we understand that people think it’s good-natured fun to ice block and slip-n-slide but we think the important message here is that these activities are absolutely not allowed in Sandy City parks," said Nicole Martin, Sandy City Communications Director.

On any summer day the large hill at Flat Iron Mesa Park is a magnet for ice blocking and slip-n-sliding, but the city wants the public to take these activities off their property.

“In order to have a successful slip and slide experience you need water and we found in that effort to get water people were breaking into our valve boxes and causing $800 to $1,000 in damage," Martin said.

City officials say their park water is not meant for public use.

“The water here at this particular park we use to clean the tennis courts and the bathrooms that water is not meant for slip-n-slides, that’s not its intention," Martin said.

The city said they understand the majority of their visitors have the best of intentions. However, that doesn't mean they still aren't causing property damage.

“Grass can be damaged up to two or three weeks in up to simply two or three hours of fun," Martin said. “Grass gets disrupted and in some cases we have to reseed to make up for that damage."

One ice blocking mom doesn't understand why her kids can't just have fun.

"It's kind of a bummer, this is the first time they ever tried and you don't go that fast so it's kind of sad that they can't," said Utah mom Natali Thompson.

City officials say riders do pick up high rates of speed and their main concern is safety. Over the Fourth of July weekend a handful of people reported injuries coming down this hill and at least one person ended up in the hospital.

“There was a relatively severe head injury and police were called out to that and we dispersed the activity," Martin said.

Sandy City officials say many cities along the Wasatch Front are against these activities, but they are personally going above and beyond to get out the message.

“We want to make sure we are taking some more proactive steps so you’ll see signage coming up here at the park in the next week," said Martin. "We will of course continue to enforce both our park employees and police as they hear about these instances, and we’ll continue to have dialogue with city council to see if there is anything further that they want to do”

Thompson said she respects the city's rules and will try her best to follow them.

"Yea maybe we'll try to do it in our front yard or something," Thompson said.

If caught ice blocking or slipping-n-sliding in a public park police are instructed to tell people to stop, but at this time no citations will be handed out.