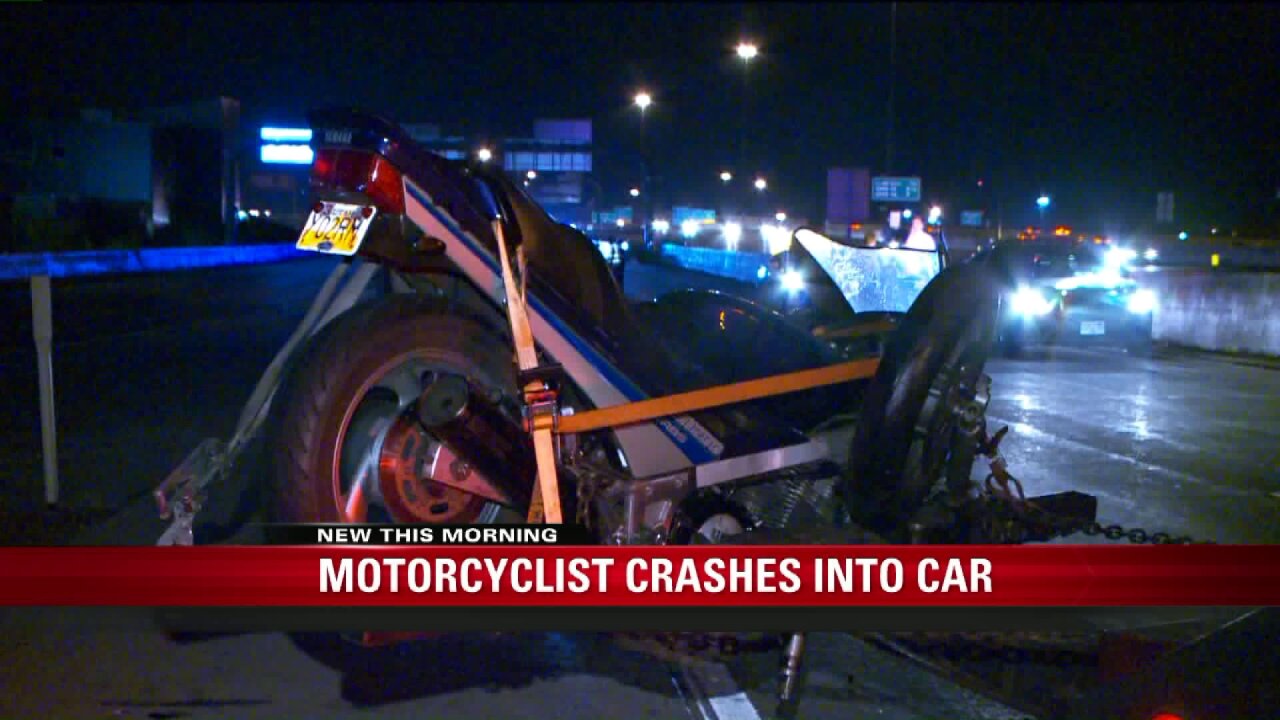 SALT LAKE CITY — A man is in critical condition after crashing his motorcycle into the back of a car on Interstate 15 Saturday night.

The crash occurred at about 11:30 p.m. near the 1300 South off ramp in Salt Lake City. The victim was part of a trio of motorcyclists seen cutting across northbound lanes and traveling at about 100 mph, according to Utah Highway Patrol.

Witnesses told UHP the motorcyclists cut across lanes of traffic to take the 900 South exit when one of them crashed into the back of a car.

The man on the motorcycle was taken to the University of Utah Hospital in critical condition. Nobody in the vehicle was hurt.

Troopers on scene say high speeds were likely a contributing factor to the crash. The accident is still under investigation.