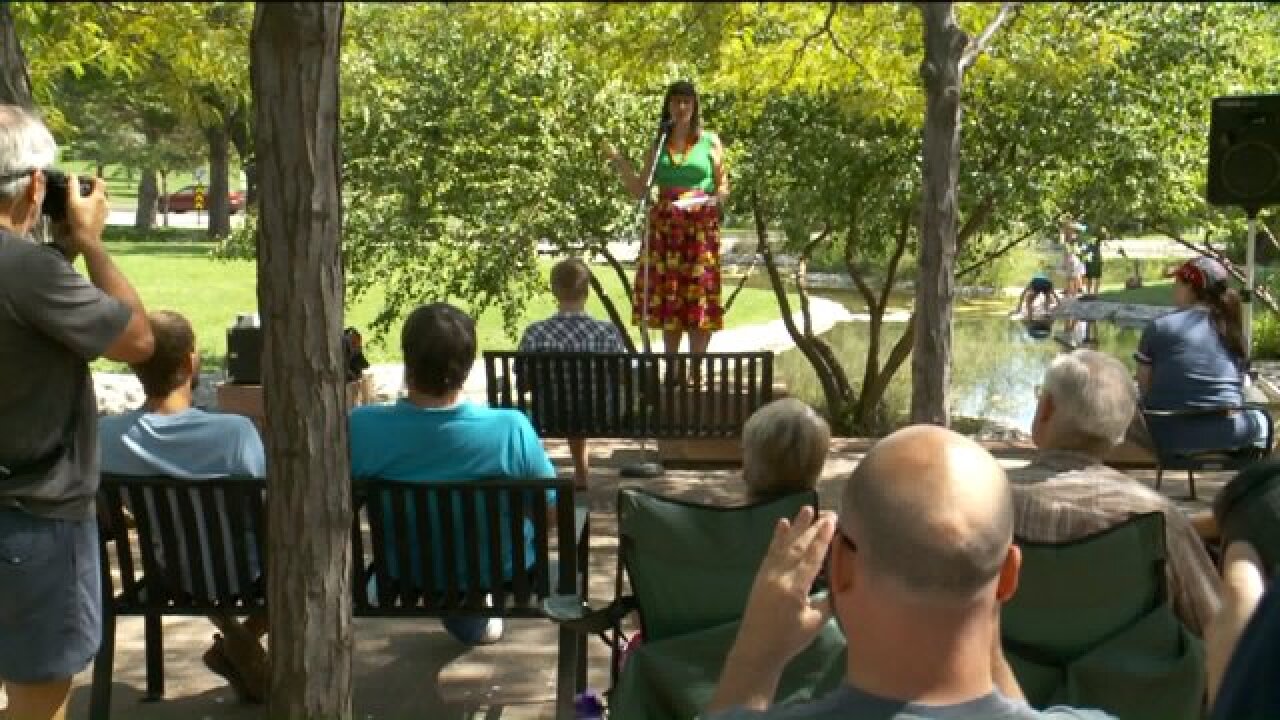 Close to 100 people marched through the streets of Salt Lake City Saturday to the headquarters of The Church of Jesus Christ of Latter-Day Saints where they officially resigned from the Mormon Church.

Participants in the mass-resignation event said women's inequality and LGBT discrimination were just a few of the reasons  behind why they officially resigned from the church.

"I'm very nervous, but I`m also happy just to begin that next phase of my life," said Brendon Carpenter, who was one of about 90 to resign. "As I have been studying the Book of Mormon and the bible while on my mission I discovered for myself that I didn`t trust the leadership anymore."

Stephanie Orgill said there are a number of issues of discrimination within the church that led her to resign.

"The treatment of women and children and also the gay community to me the most disgusting and the cultural of obedience rather than free thinking," Orgill said.

Orgill and Carpenter said they lost all hope in changing the culture of the church when Kate Kelly, a vocal advocate for women's rights, was excommunicated last summer.

"I feel like I have to take a stand, those were my heroes that enforced my Mormonism, and to take them out of the equation I just don`t have anyone to rely on anymore," Carpenter said.

Kelly, who now lives in Kenya, returned for the mass resignation.

"There is a lot of ritual in Mormonism and it’s sort of like a ritual to say I'm no longer part of this organization," Kelly said.

She said it's important to formally submit a letter of resignation, that way church leaders know exactly how many people are leaving and their reasons for leaving.

“I think this is just the tip of the iceberg of a huge exodus of people leaving the church," Kelly said.

Those who do resign say it's a decision that will impact their entire family.

“I know they will be crushed because I'm the youngest of ten and every one of my siblings, and family and cousins and everyone are still very much Mormon," Orgill said.

Dale Jones, the LDS church spokesman issued this statement:  "Every person is valued and loved. They are our brothers and sisters, colleagues and friends. Each makes their own decisions about their participation and church membership. Regardless of their choice, we love them and wish them well, and hope they will find the support and answers they seek."