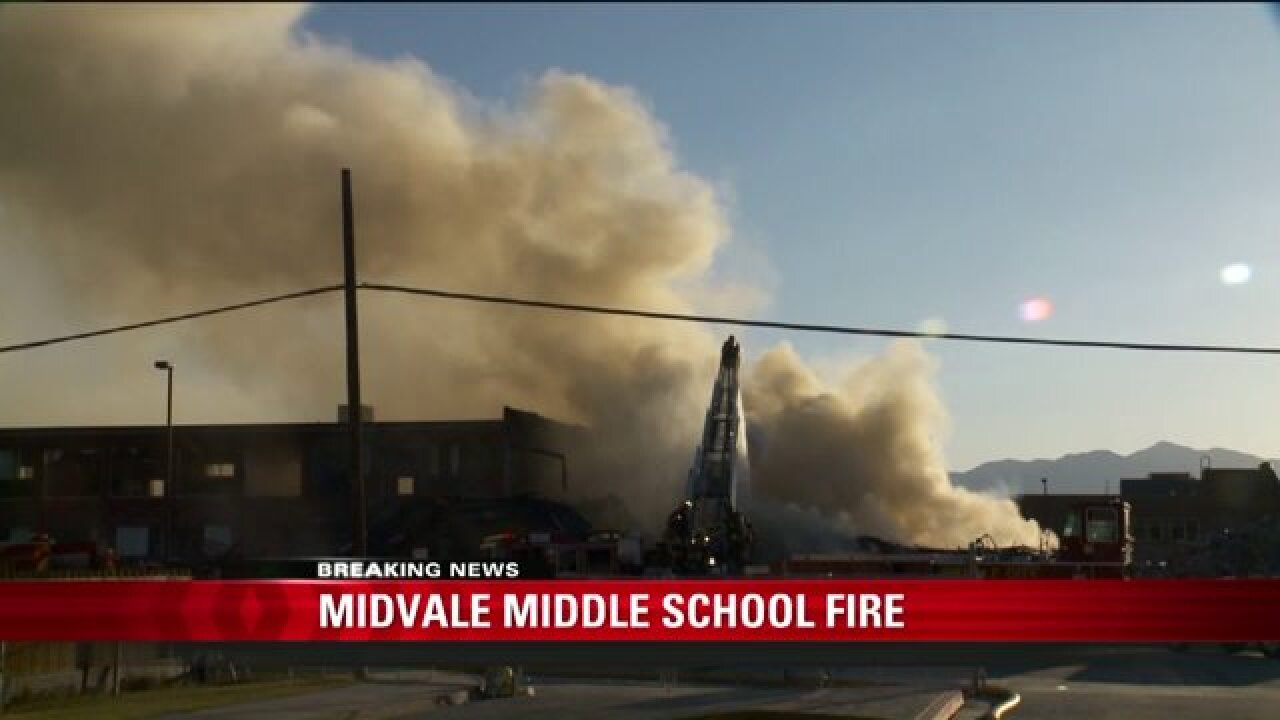 Officials battled a large fire in Midvale Saturday inside an old school.

Crews arrived at Midvale Middle School around 7pm to find the gymnasium and swimming pool area in flames.

Officials are looking for two juveniles that were reported being seen around the school when the fire broke out.

The school had just closed down this past year, and it was about to be demolished later this summer to make way for a brand new middle school.

According to authorities, the building was locked up and no one should have been on the property.

Firefighters used their large ladders to put the fire out from above, that way no one had to actually enter the building.

The school has been a staple in this neighborhood for 55 years and residents said it's sad to see it end like this.

"To see it burn down is horrific, but to know they were tearing it down, to build a better school, a newer school, was sad too but this is even worse because it was just so beautiful, the gym which is what's burning had the most beautiful floor you've ever seen, and it's just really hard," said Kim Tucker whose daughter attended Midvale Middle School.

"I'm sad to see it go and it being burned down because I love it and it makes me sad," said Caitlyn, Tucker's daughter.

As for the cause of the fire, that is still under investigation. Firefighters said they are not rolling out arson.